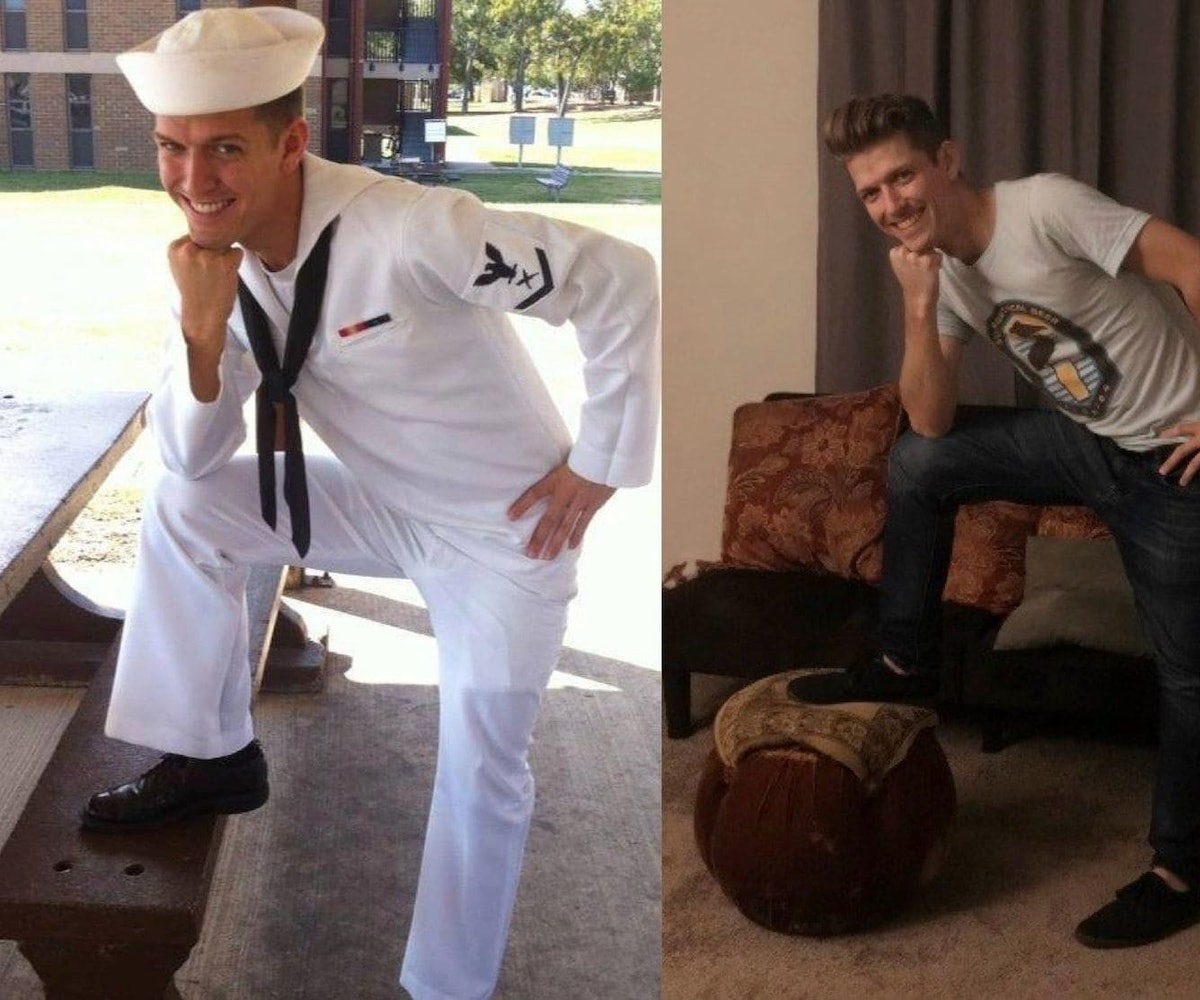 Photos via @BlueStarNavyMom3 and @ThatWasMyMom Twitter
by Bailey Calfee
Oct. 9, 2018

Pieter Hanson, a 32-year-old Navy veteran, was turned into a misogynist meme on Twitter by his mother. Can't trust anyone these days.

Hanson's mom posted a photo of her son in his Navy uniform, with a caption that makes him sound like the least dateable person on the planet. It reads, “This is MY son. He graduated #1 in boot camp. He was awarded the USO award. He was #1 in A school. He is a gentleman who respects women. He won’t go on solo dates due to the current climate of false sexual accusations by radical feminists with an axe to grind. I VOTE. #HimToo.”

The #HimToo hashtag was once used by men who had been sexually assaulted but has since turned into one for people who think that men are victims of false accusations of sexual assault and that accusers often lie—and it’s gained traction in the wake of Brett Kavanaugh’s confirmation.

The tweet, in all of its absurdity, has quickly become Twitter's favorite meme, with users pasting the original caption on photos of... just about anyone and anything.

Hanson said, in an interview with the Washington Post, that he does not agree with his mother's post, and asked her to delete it (she has since deleted her entire profile). He said that he considers himself an ally of the #MeToo movement, and that his mom's post "doesn't represent [him] at all." Hanson and his brother have since responded to their mom’s tweet with iterations of their own, expressing their disdain for the #HimToo movement.