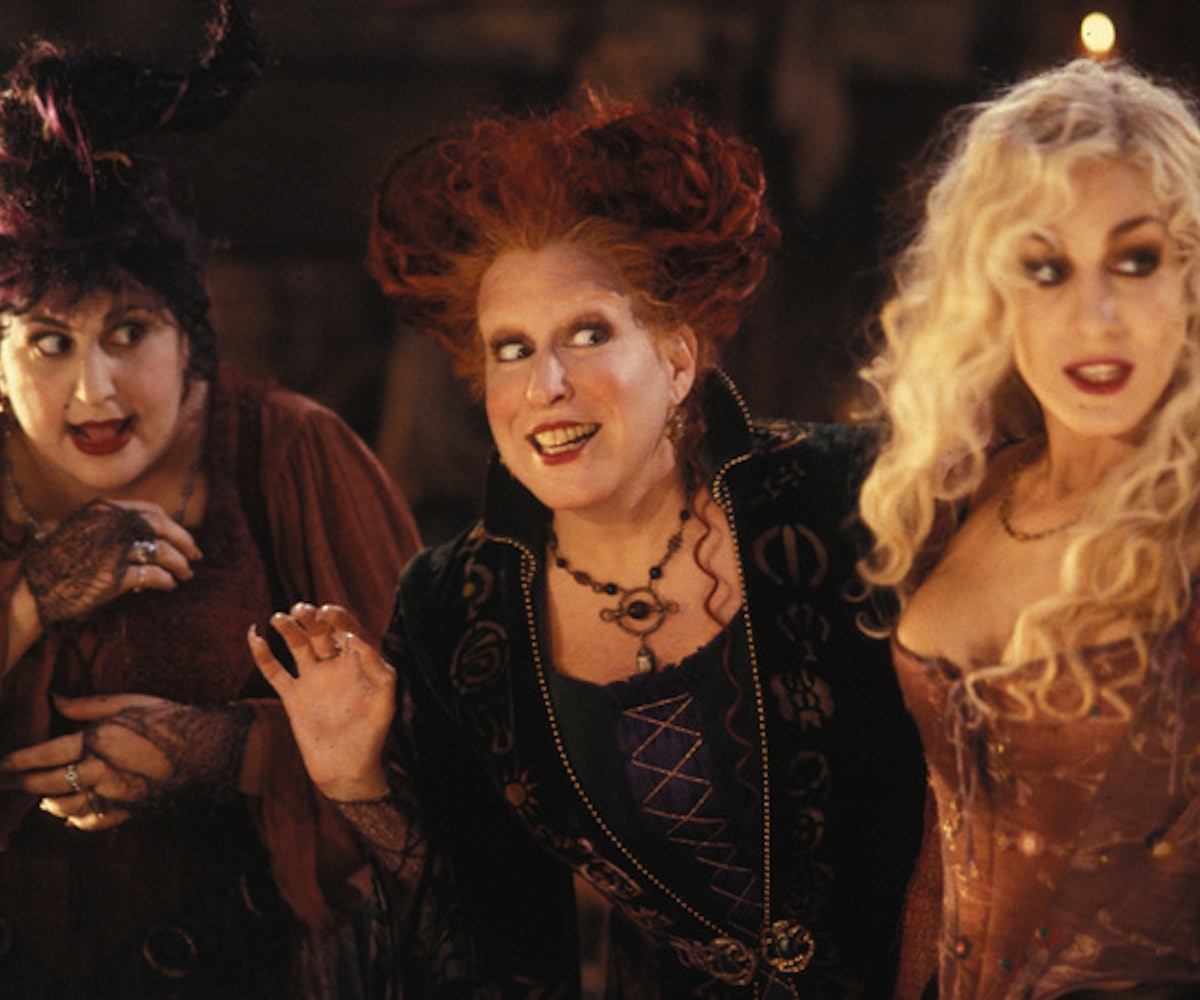 Disney Channel is officially remaking Hocus Pocus, and the internet is freaking out. The cult classic film from 1993, starring Bette Midler, Sarah Jessica Parker, and Kathy Najimy, will be remade as a TV film with an unconfirmed release date (though our guess would be sometime next October). It's still in the early stages, but here’s what we know so far...

The reboot of Hocus Pocus will actually have an all-new cast. Fans have mixed feelings about this, and even the original writer of the film, Mick Garris, recently told Forbes that not using that original cast would be a “big mistake." Garris, who isn't coming on board for the revival, added, "All three of them are still so incredibly potent and powerful and great performers and who else can recreate those characters?" We’re wondering the same thing.

The new Hocus Pocus will, instead, be written by Scarlett Lacey and David Kirschner, who were producers on the first version of the movie. Additionally, the writers have decided to cast a new director, instead of using Kenny Ortega who worked on the 1993 version and also famously directed High School Musical. While the reboot seems to be quite different from what most of us remember, we're excited to see what the new cast and director have in store. And, if it doesn't deliver, at least we'll always have the perfection that is the original.