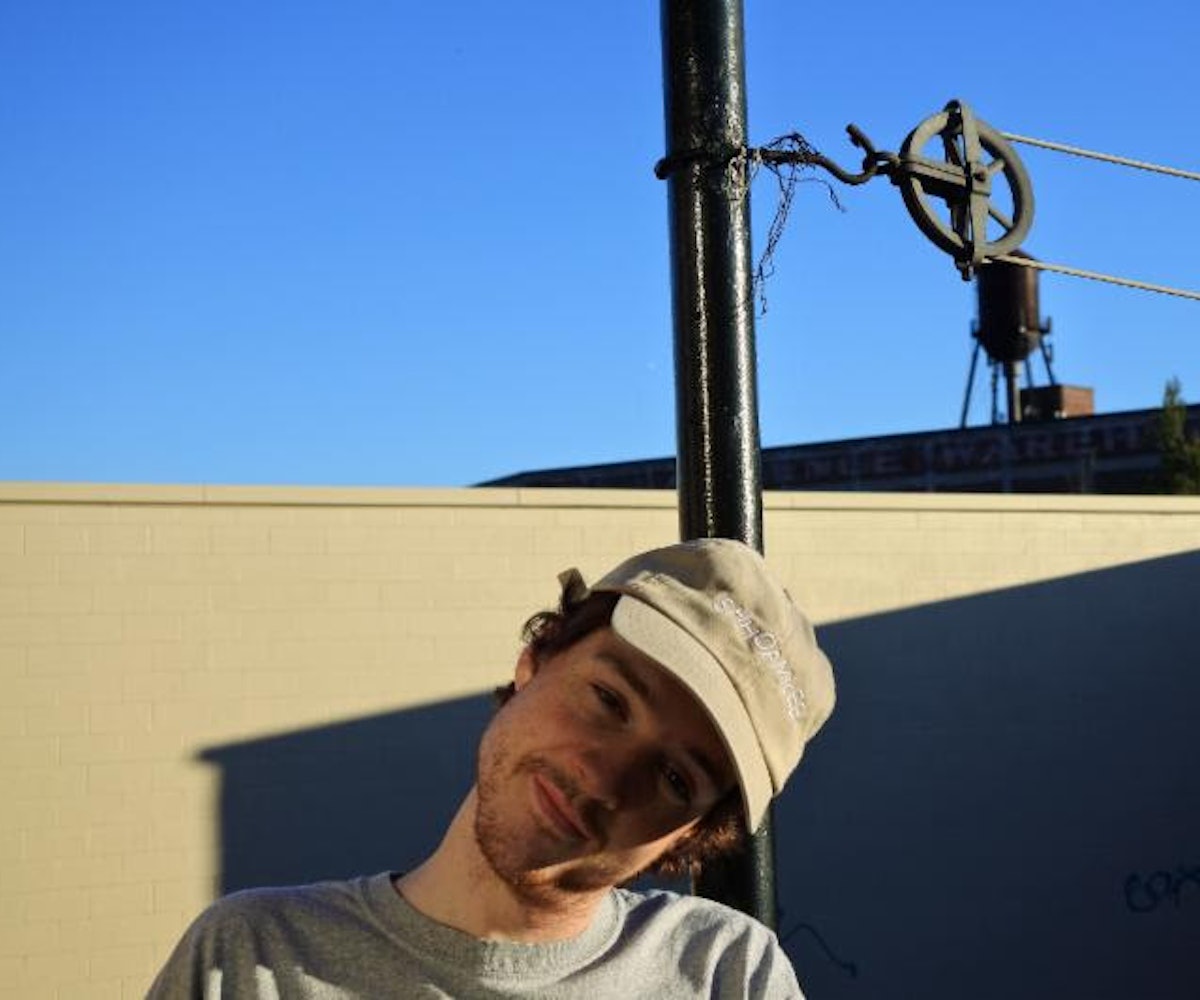 You may know Peter Sagar as the former guitarist of Mac Demarco. For the past year now, he's been fronting his own band Homeshake and the Canadian recently dropped his third full-length album Fresh Air. On it, Sagar brings smooth guitars and synth beats together with his easygoing falsetto.

Fresh Air opens with with a sultry instrumental called "Hello Welcome," which eases listeners into the album with robotic echoey voices reciting the song's title as it fades into the next track. Sagar keeps a loose hold on a set genre, emphasizing different elements as he goes along. He leans into a sexier hip-hop vibe on "Not U," but returns to upbeat electronic notes on the next track, "Every Single Thing," to make sure you're paying attention to him right now.

This release proves to be the ideal mood-setter for this Valentine's Day, or as Sagar sings in "Khmlwugh", it's the perfect soundtrack for "Kissin', huggin', makin' lovin', wakin' up, and gettin' high." He balances atmospheric sounds with his more hitting synth hooks perfectly, leaving no room for dull moments on the album.

We had the chance to catch Sagar on Skype to talk all about his musical inspirations, past work, and shaky politics. Stream Fresh Air while you read the interview, below.

What were some of the formative albums you listened to while growing up? What made you start playing music?

"I think I was pretty shaped by what my parents were listening to when I was a little kid, which would be a lot of Sade and a lot of old jazz music. Particularly, Thelonious Monk comes to mind. And they forced me to do piano lessons, so they made me do music."

"Yeah, actually. It's one of my earliest memories. I was just sitting at the piano, kind of hitting keys randomly before I started doing lessons, and it's all pretty random. My dad has some video of it, it's really dark and terrifying."

What is your relationship with Mac Demarco like?  Did the experience of being in his band help you find your way at all?

"He's a good friend of mine still, of course. Anytime I'm in, well I guess he only just moved in there the last time I was in L.A. I stayed at his house for a few days. Swam in his pool and stuff. But it was obviously a very good thing that I played in a band. I haven't approached touring or music the same way he has but it's good to see what you can do with it, and maybe how much work needs to be put in for anything to pan out really well."

I read that your previous releases were sort of about leaving Mac and beginning a new chapter in post-tour life. Now that you’ve released Fresh Air, is this album a continuation on that theme? What is it about?

"Those two are kind of more connected than this one. I was thinking the other day, it's kind of the third part of a trilogy. The trilogy just ends really, really slow and boring

. I don't know, it's kind of about trying to find some sort of balance in your life. Something like that. I don't know, it's kind of hard to say. I never had any idea in mind when I started the album. Same with all of them, actually. Each time after a little time on the record, it's like, 'Oh shit, I wrote an entire album.' This one, whatever it is, simplicity is involved."

What is the transition from playing lo-fi to creating low-key R&B like? Was this music you were always interested in creating, or was it a product of the change of direction career-wise?

"I have no idea. I never made the conscious effort to go in any one direction. I kind of just make the music that presents itself to me when I'm playing or trying to write something. It's hard to answer questions like that, because I don't think too much about it. The recording quality going up is just because I got sick of things sounding really bad."

What sort of music influenced this new album?

"I've listened to a lot more ambient, electronic music over the past couple of years, and a lot of J-pop from the '80s. I don't know exactly how they influence everything. Probably every single song I've ever heard has somehow influenced me in one way or another. It's hard to pinpoint things like that."

You’ve mentioned before that your girlfriend designs the art for your music. What is the process like working with her? Is it collaborative, or does she create independently after you’ve finished?

"Well for the albums, I just asked her to listen to the finished thing and then make whatever she wants. Sometimes with posters or something like that, if she's doing another piece of artwork, maybe I would get more involved. But it's always better idea if I just let her do whatever she wants. She's much better than me; I don't know what I'm doing. If I'm smart, I give her free reign to do whatever she'd like."

This past November you put out a charity single with Alex Calder benefitting the International Refugee Assistance Project. With the political climate as tense as it is currently in the U.S., I’m curious as to how you think art can fit into politics and aid? Was this a project directly inspired by events? Do you see yourself furthering efforts like this through music, or was this a singular moment?

"I would definitely say that the political climate is tense everywhere. There are a lot of fascist parties gaining a lot of popularity in Europe as well. In the States, and Canada as well. It really bothers me and terrifies me. I don't know how I feel about where music fits into it, honestly. It's hard to say how much change a song can really create. I definitely have a lot of admiration for really political artists like Anohni, and the latest D'Angelo record made really amazing statements. I don't think I could ever pull off writing protest songs like that or anything. I'm very in favor of maybe using whatever influence or audience you have as a musician to raise a little awareness for how screwed up everything is and always has been. Alex approached me to do it, actually, right after the American election. Seeing [Trump] elected and knowing what was going to happen and has now happened to displaced persons and refugees, we wanted to try and do something instead of sitting around being a part of the problem by being inactive. We are working on another one."

Can you tell us anything about that?

"No, he's actually done. He already had his song. I need to finish one. It'll take me a little bit, but it's the same kind of thing. Since we set up the format of doing splits together we figured we might as well just keep going with it."