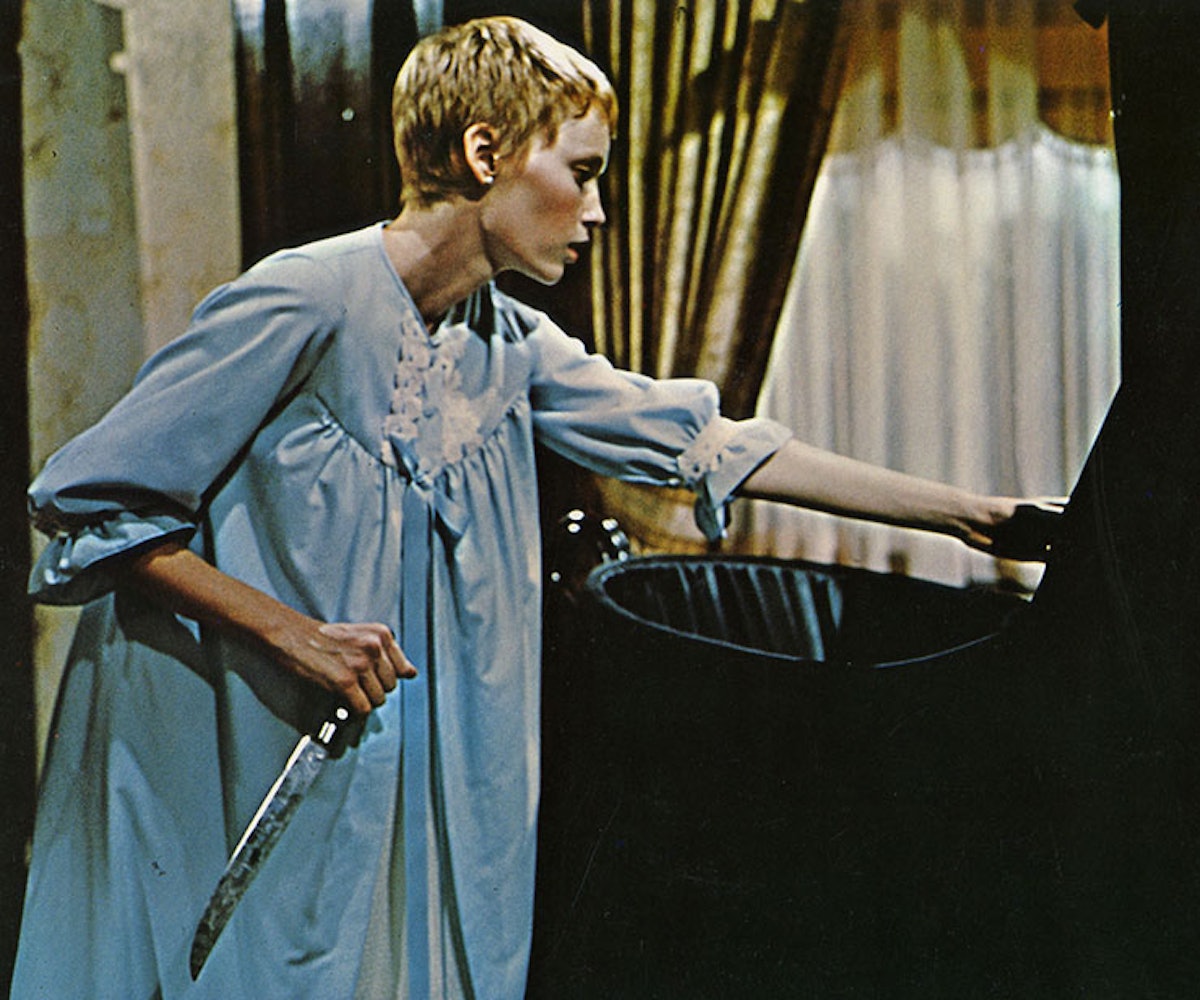 This is it—the home stretch. Halloween is all but two days away, and for those of you too old to trick-or-treat or too over-it-all to go out, the only reasonable option is to stay home and scare yourself to death. These nine terrors courtesy of Netflix should just about do the trick.

Stephen King’s Children of The Corn (1984)It’s gotten a little creaky over the years, but this low-budget classic remains a real creeper. If you aren’t already familiar, the plot revolves around an All-American town where it appears that all the local kids have banded together to kill all the local adults—their parents included. Frightening as that concept is, though, the reason behind the attacks (no spoilers) and the cast of young, disconcerting actors playing the kids are the true scares here. This tense, chilling take on organized religion and the madness of crowds even makes blue skies, daylight, and beautiful, rural America seem sinister.

A Girl Walks Home Alone at Night (2014)What happens when you take a Gothic Noir, a Spaghetti Western, add a dash of Iranian New Wave, and toss them in a blender? Thank god that first-time director Ana Lily Amirpour had the balls to find out. A Girl Walks Home Alone at Night is a wholly original horror romance between a skateboarding vampire, the boy she meets, and their nocturnal journey through a sinister ghost town. And thanks to its stark imagery shot in glorious black and white, it often feels like a graphic novel come to life.

Battle Royale (2000)The premise—a group of teenagers are sent to an island by a totalitarian government to kill each other until one is left standing—may sound a little familiar, thanks to a certain billion-dollar franchise. But to put it bluntly: The Hunger Games is Battle Royale for bed-wetters. This ultra-violent shock thriller from the twisted mind of Japanese auteur Kinji Fukasaku is bloody, gruesome, and at times hard to watch. It’s no wonder that Quentin Tarantino called it his favorite film of the last two decades.

Dead Snow: Red vs. Dead (2014)This humorous, bloody romp featuring Norwegians fighting a horde of zombified, WWII Nazi storm troopers is the follow-up to 2009’s Dead Snow—but you don’t need to have seen the original to appreciate it. As funny and cartoonish as it is, though, the gore and scares are striking, and the dark, dark turns the plot takes are chilling. Even children and old ladies aren’t safe. Without spoiling anything, it’s probably the most inventive zombie film we've seen since 28 Days Later, and offers up a brilliant ending that’s perfect if you’re snuggled up on Halloween night with someone you love.

Event Horizon (1998)A blood-curdling horror movie masked as a deep-space adventure. The year is 2046, and a space crew has flown where no man has gone before in search of the titular ship, which has mysteriously gone AWOL. When they discover it, some of the most disturbing and gory imagery we've seen on screen awaits, as the crew slowly realizes that the ship they've found has journeyed through a black hole that may or may not have been a portal to hell. Panned by critics upon release, thanks to a lackluster script, there are images here so nightmarish they couldn't possibly have come from this dimension.

Carrie (1976)Based on Stephen King’s breakthrough first novel, this suburban nightmare about a bullied teenager with telekinetic powers is the ultimate revenge fantasy. Tormented by her classmates at school and by her ultra-rigid, evangelical mother at home, our titular anti-heroine is finally pushed to the brink in one of the most horrifyingly visceral climaxes in film history. It’s prom night. There’s a pink dress. And well, you know the rest.