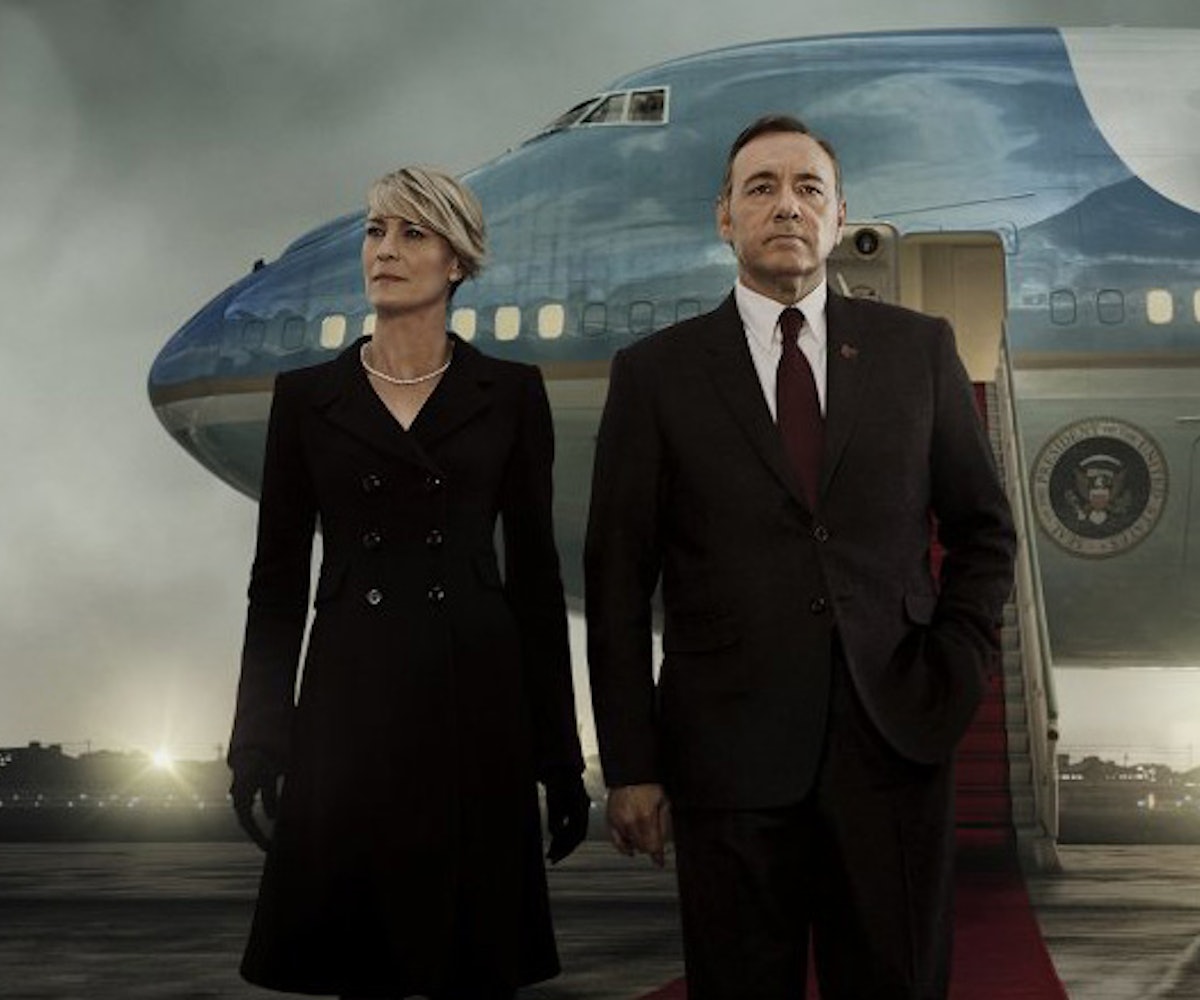 Did Netflix just pull a Beyoncé? Yesterday, the streaming service/fledgling TV network announced it was dumping season three of House of Cards onto its site on February 27. But now—like, right this second—season three in its entirety is available to stream, as discovered by The Verge. Either they made a massive mistake and someone there is getting fired, or they just trolled us. Hard. Here is a screengrab to prove it. This story will be updated once Netflix reveals whether it totally messed up or changed the streaming game as we know it.

Update: Netflix pulled it! It's gone. We hope an intern didn't just get screamed at. While our digital director Leila can still apparently still see the first episode in her account (and you are free to drop by our office to watch it), the season has disappeared as quickly as it appeared. We swear it happened, though.