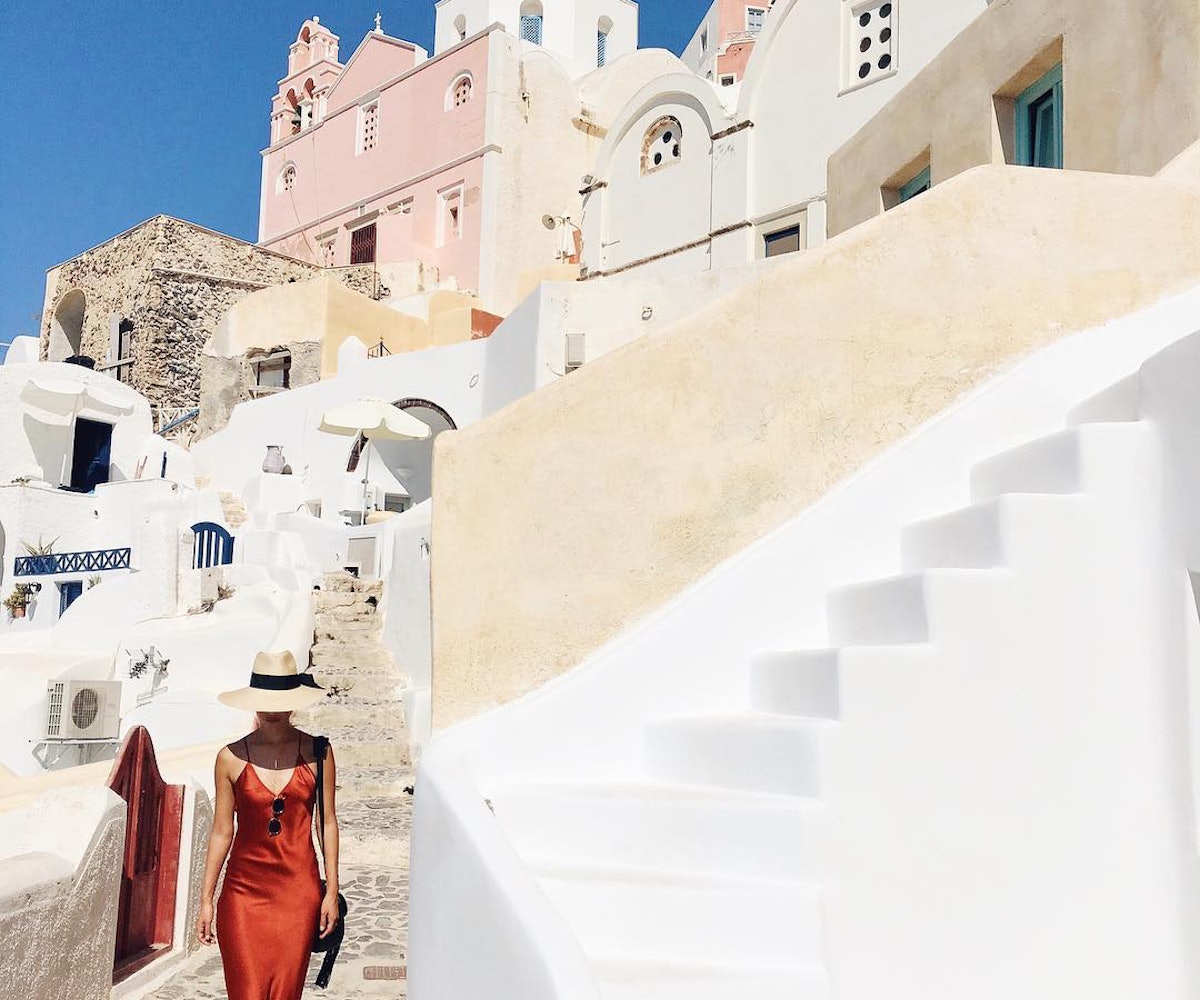 Curated by Rachel Zoe and her team of editors and stylists, The Zoe Report is not only your stop for all things fashion and beauty but all-around lifestyle as well. Check out their site for everything from shopping tips to dating advice, to the latest in celebrity news

If you’re anything like us, you’re probably realizing it’s about to be April (!) and somehow you have none of the summer vacation savings you’d promised yourself on January 1. The penny pinching you planned likely went the way of your other resolutions, which is to say you forgot about them in two weeks. Before you freak out and start googling “how to fly to Europe for $200 round-trip in June” or pick up a side gig at TGI Friday’s, we suggest you scour the following slides for some relatively painless ways to save $1,000 over the next two months. No, we’re not going to tell you to bring in a roommate or work a night job; instead, we’ve set forth steps you can take without disrupting your life in any major way. So, let the getaway planning begin, because this is how you’re going to pay for it.

Digit is an app that analyzes your spending habits and decides how much you can afford to save. It then squirrels away that amount—alerting you by text in the process—to slowly build a savings fund. We signed up two weeks ago and it's already pocketed $45 without us noticing.

This only works if you shop at certain retailers (Amazon, Target, etc.) and have receipts e-mailed to you, so for now you might see minimal savings; however, minimal is still better than none, right? Paribus scans your e-mails for receipts, and if it finds that the price of your item has dropped within the return window, it gets you reimbursed for the difference.

We find it best to try this on Monday and use Sunday to prep—fill your car with gas, make sure you have your meals organized and prepped, etc. If you find you can go longer than one day, by all means carry on until you run out of steam. For once, you'll be bringing money in without simultaneously funneling it out. All those little expenses—$1.99 for an iTunes TV episode, $3.99 for coffee, etc.—add up over time to more than you might expect. Ultimately, we'd aim for at least three of these per week between now and June 1 if you really want to save $1,000. Early in the week is always a good time to relax at home, but if you want company you can always buy a bottle of wine on Sunday and crack it with a friend on Monday without doling out a dollar.

These days, it's easy to subscribe yourself to something with one click. We do it all the time and truthfully can't remember all the deductions we're getting hit with on a monthly basis. Apps like Truebill or Trim will seek them out for you so you'll know which to keep and which to cancel. We signed up and saved ourselves more money than we'd like to admit (mostly on various forms of television, sadly).

We suggest you test this out for a week, then go from there to see if you can do it for the bulk of the next two months. It works on a number of levels. For starters, you can't spend what you don't have in hand, and if what you have in hand is $40 and it's only Wednesday, you're probably not going to impulse buy a $15 Moon Juice latte. It also keeps you from buying things electronically, so if you're a regular UberEats user, this will force you to make a sandwich instead of ordering up pad Thai for five times the cost. The added benefit of spending this way is that it makes you hyper aware of your cash flow—you'll feel flush at first, but it won't take you long to realize how fast those dollar bills exit your wallet.

Recently, we impulse bought a pair of ankle boots. Two weeks later, we're totally over them and annoyed about the amount of money we spent. For the next two months, try not to make purchases this way. Instead, wait two weeks to assess whether or not you still want the item. More often than not, you will have moved on—trust us.

Since you're not going to entirely eschew dining out for the next two months, be smart about where and how you spend when you do splurge. Some credit card programs offer cash back for dining at certain restaurants—here's a good place to start researching your options.

Only you know how much is too much to add to your plate, but there are ways to earn extra money that don't require you to burn the candle at both ends. Here are a few ideas.

Our generation is all about the sharing economy. What costs can you shoulder with friends or family instead of on your own? For example, we saved $200 a month by going back on a family cell phone plan as full-grown adults. Humiliating? Maybe, but it's saving us $2,400 a year. How many TV service subscriptions are you paying for between Hulu, Amazon, HBO and the like? Think about who you might split those accounts with. Do any of your co-workers live near you? Carpool on days when neither of you has after-work plans. These simple moves require you trust another person, so we suggest you choose wisely, but they can also mean major savings if executed properly.

NEXT UP
Entertainment
Beyoncé's 'Renaissance' Tour Is Reportedly Scheduled For Summer 2023
Entertainment
On ‘Cool It Down,’ A Spitfire Band Matures
Entertainment
YDE On Her EP, Lady Gaga & Making New Short Film 'Send Help’
Entertainment
Paramore Announces Album 'This Is Why' For February 2023