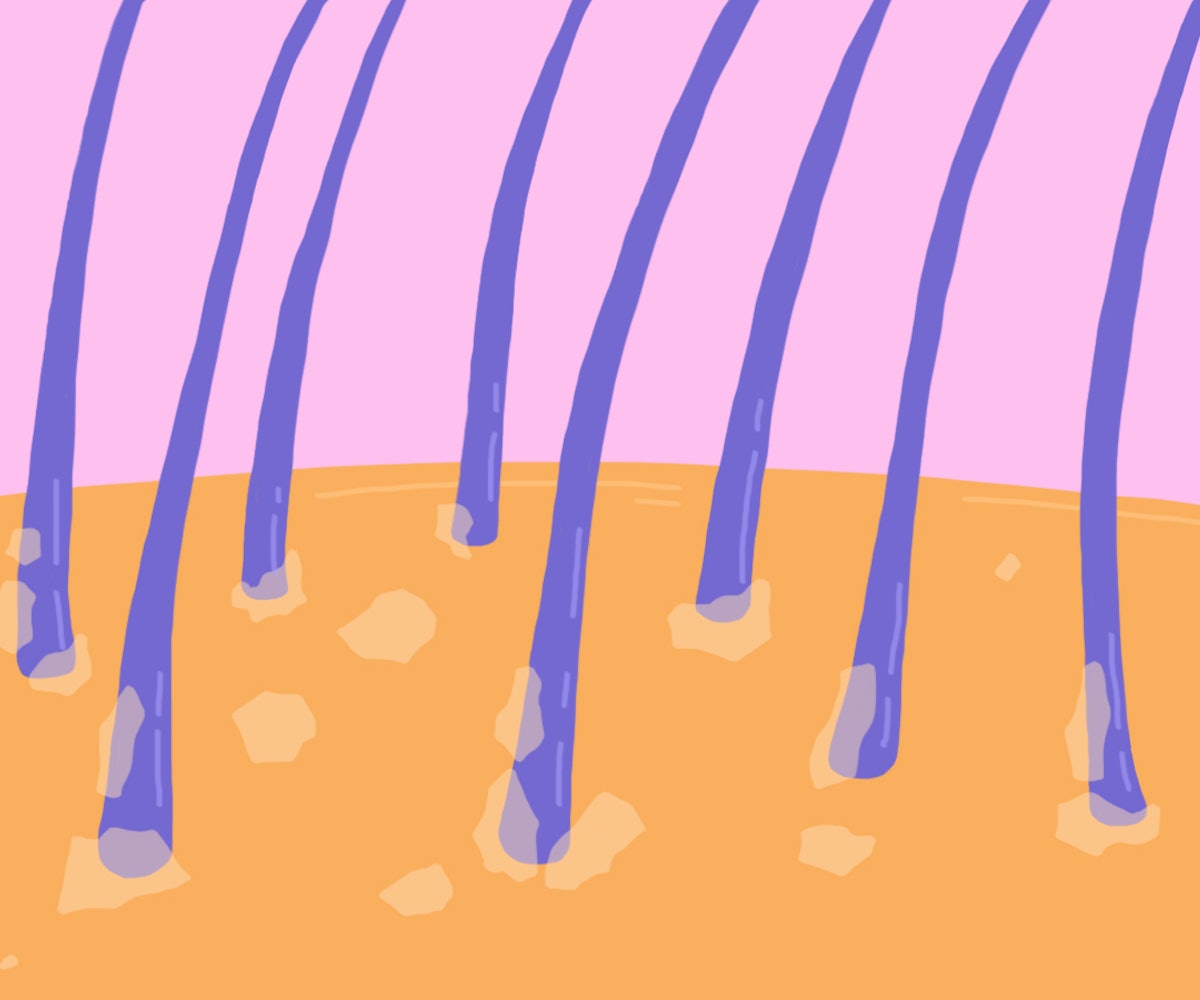 Have you ever seen a very, very, extremely close-up photo of your scalp? Like at a follicular level? I have, and it was... intense. It looked like an alien landscape; not crater-filled, like the moon, but its smoothness was spiked with thickets of skinny strands sprouting up from... was that snow? I mean, no. Of course, it wasn't. It was dry, flaky skin—and it was everywhere.

"Do you have dry, sensitive skin, in general?" David asked me while showing me the digital image of my scalp that he'd taken just moments before. David is David Adams, co-owner and colorist at FOURTEENJAY, the TriBeCa salon where I'd come to learn about scalp health and Aveda's new Pramāsana line of scalp care products. "Does your scalp get itchy in the winter?"

"I doooo, and it doeessss," I said, in the kind of drawn-out voice that accompanies one of those seemingly profound, but ultimately mundane realizations; like, obviously, it makes perfect sense that the skin on top of my head would be just like the skin on the rest of my body: dry, and prone to flaking and irritation. Unlike the skin on my face and body, I haven't really been taking great care of the skin hidden by all my hair. But then, few of us do. What we can't see can't hurt us, right? Ha. Wrong.

David told me, "The average consumer actually knows very little about scalp care. They typically don’t even think about it until there is an issue. It’s only when flakes appear, the scalp becomes itchy or irritated, the hair begins to thin, that the guest becomes concerned. Like all things, prevention is much, much better than a cure. Fine and thinning hair issues are connected to the health and well-being of the scalp."

One thing that David and stylist and FOURTEENJAY partner, Frank Rizzeri, see a lot is clients who not only haven't been washing their hair enough (because, come on, who among us doesn't try and get that blowout to stretch a full work week?), but also overusing dry shampoo, thus creating major buildup on the scalp. As David and Frank pointed out, "Dry shampoo is a styling product. It’s there to create texture in the hair. It is not a substitute for shampooing the hair. Imagine getting up in the morning and putting your makeup on, going to bed, getting up, and applying more makeup in the morning. Then, imagine repeating that cycle for two or three days. The impact on the skin would be devastating."

All the while I was talking with David and Frank, I was getting a prolonged scalp massage with the Pramāsana Exfoliating Scalp Brush (it has looped bristles, so it isn't prickly at all), followed by a treatment with Purifying Scalp Cleanser and Protective Scalp Concentrate. Like all Aveda products, these smell intoxicatingly herbal and clean, and the whole process was incredibly relaxing. This aspect was, admittedly, heightened by the fact that it took place in a beautifully appointed salon, but since I've started using these products at home (about once every three or four weeks), I've also come to enjoy the time I spend on my own paying extra-close attention to an often ignored part of my body; plus, my scalp never feels itchy or tight anymore, and I haven't noticed any flakiness where once I had, well, you know, some.

My hair doesn't really seem dramatically different, but it's also not, as I feared it might be, weighed down or greasy after I use the products. And it's hard not to think that as goes my scalp, so goes my hair, making me want to be very careful with how I treat my scalp. As David said, "A healthy scalp leads to healthy hair growth." And it also leads to no more scary photos of a follicular landscape that looks like it was taken by the Mars Rover after the Red Planet endured a mighty snowstorm, which is all I'm really after anyway.