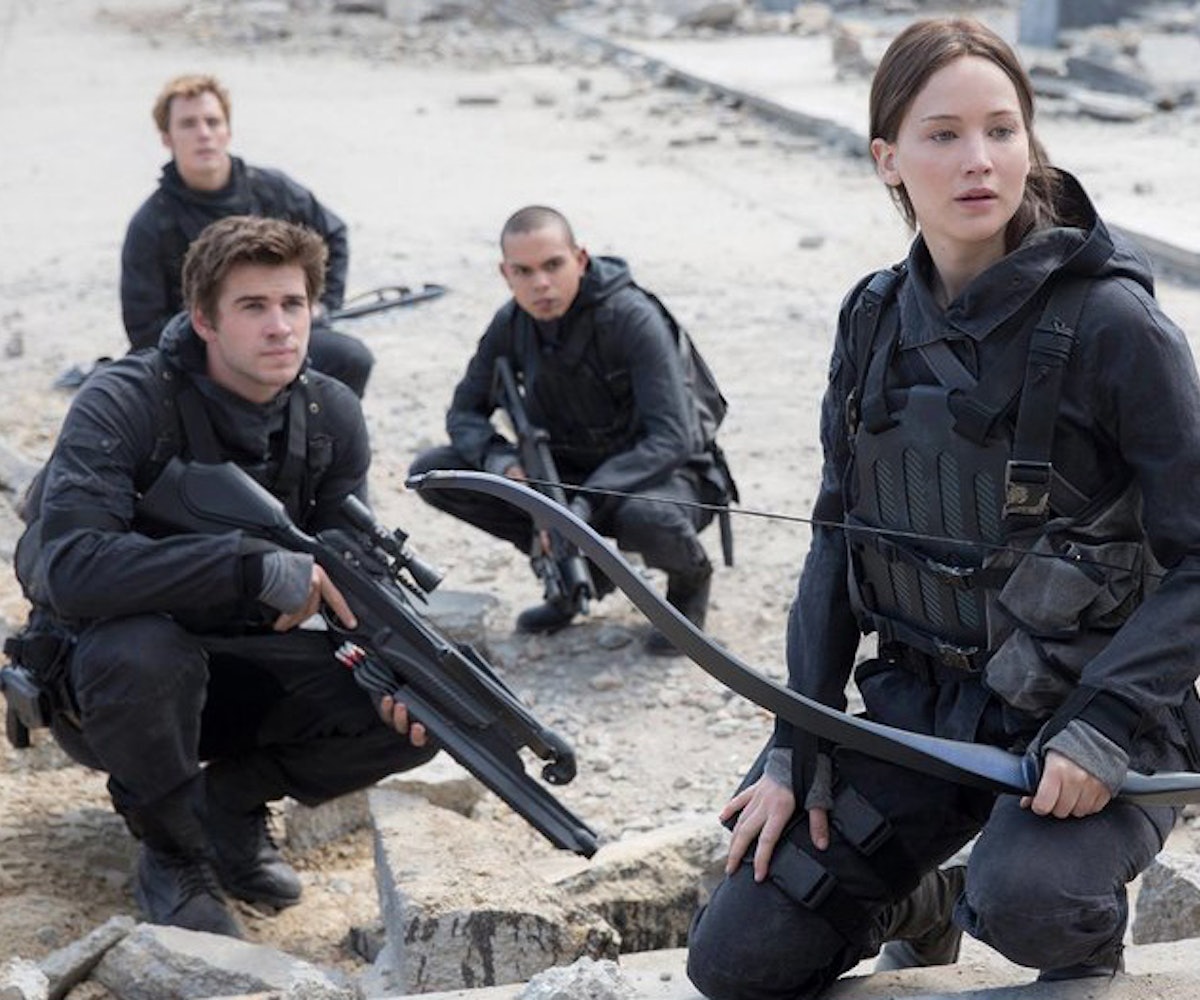 Hunger Games season is fast approaching. Jennifer Lawrence and Josh Hutcherson shared two new stills from Mockingjay — Part 2, both captioned “6.9.15,” which could mean a few things. They either really, really want us to make like Makonnen and turn up on a Tuesday or something Hunger Games-related is going to debut.

Though we’re not opposed to going to the club on the second day of the work week, we’re pretty sure something big regarding the movie franchise is going to happen. Only two posters have been released; each are haunting but hardly reveal any clues to the final installment of the series. The two photos released don’t offer much insight, either. Lawrence’s Katniss Everdeen looks pretty badass crouching in her battle gear with Liam Hemsworth’s Gale & co. Meanwhile, Hutcherson’s Peta is just chilling in the dark, which, well, isn’t out of the norm (he always seems to hang in shadowy places). We’re happy to see him out of the hospital, though!

Anyway, watch this space: Whatever’s going to happen on Tuesday is bound to be nothing short of epic. Unite, we will.

Peta's out of the hospital, but only time will tell if his brainwashing by the Capitol will wear off.