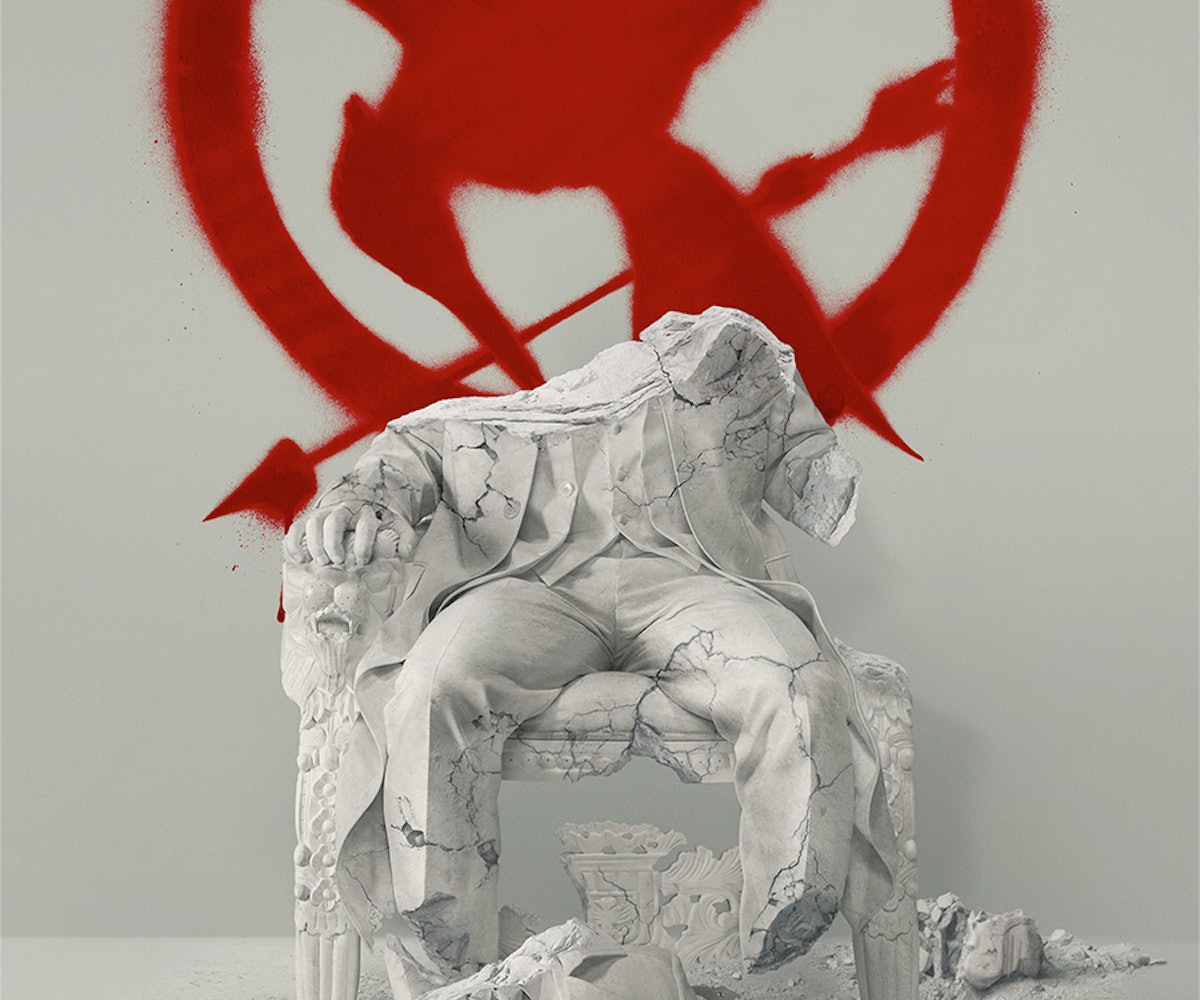 In the spirit of the Hunger Games' futuristic, dystopian themed guerilla-advertising tactics, we were given a small taste of Panem's rebellious spirit in the latest Mockingjay Part 2 poster today.

Here we see the marble likeness of President Snow (the literal "Head of State"... get it??) beheaded and left to crumble. Where his cranium once was stands the humble Mockingjay, the symbol of hope and change to the people of Panem à la JLaw's sweet accessories. It's dramatic, it's ominous, and it's intense.

Whether or not you'd choose to fight against an omnipotent, oppressive government with little chance of success, you'll probably head to theaters November 20th to witness the climactic ending to Katniss Everdeen's tale. And if you're certain you want to join the rebels, head over to THECAPITOL.PN.