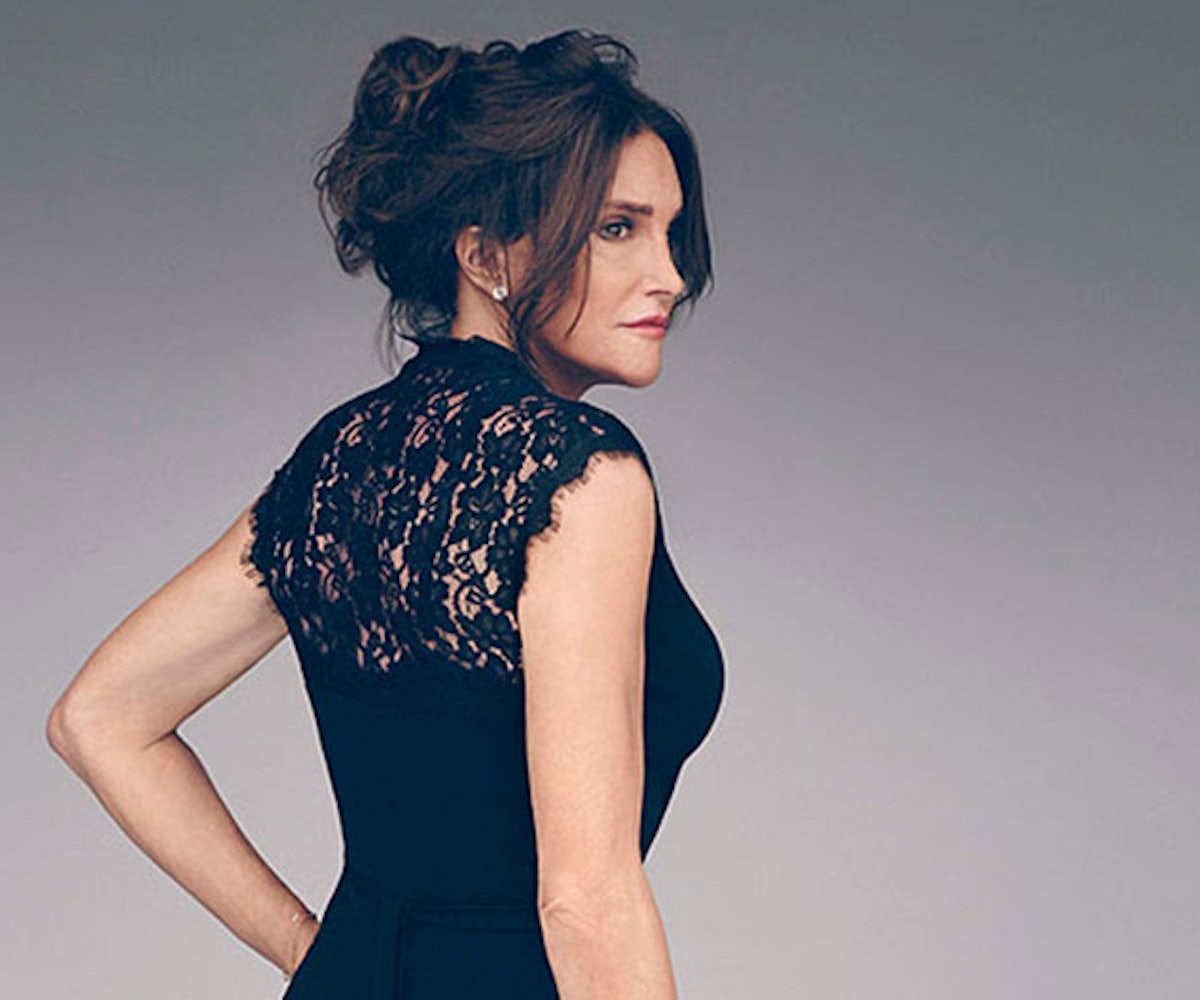 Photo by James White for E!
by Hayden Manders and Yasmeen Gharnit
July 24, 2015

Caitlyn Jenner’s eight-part docu-series on E! opens up with Jenner wondering whether she’s “doing it right.” She hasn’t slept, she’s bare-faced, and she is, for the most part, emotionally exposed.

Doing it right: It’s a question that she’s thrown out into the abyss before and one that quietly hovers over the pilot episode’s 60-minutes or so. Jenner understands that she’s in a unique position as a trans woman. She doesn’t pretend that she hasn’t been fortunate enough to have a supportive family and the resources to go undergo various surgical procedures, unlike a staggering amount of transgendered people. She’s also aware that there is the whole Kardashian media machine, which brings an extreme amount of visibility. This has brought with it its fair share of naysayers, but also an incredible amount of support and love. It’s no wonder Jenner feels the pressure to “do it right;” the whole world is watching her; it has been for decades.

Whereas Bruce had felt oppressed and tried to diffuse into the background, Caitlyn has embraced the attention, as it brings her a platform to do some good. It would be hard to say that she hasn’t been anything short of transparent during this new chapter of her life. But this series isn’t just about her personal transition, it’s about how her journey affects those around her and how being trans has affected others.

The series kicks off the day Jenner’s Vanity Fair cover debuted. Over the next few days, her mom and two sisters meet Caitlyn for the first time, along with a counselor to help them better understand what it means to be trans. Kylie Jenner is introduced to her over FaceTime. Kim and Kanye come to visit and voice their support. These events, along with the subsequent soundbites, are things popular media are inclined to latch onto. Big names, along with controversial topics, generate traffic—plus, it’s easier to focus on these trivial details than it is to actually think about the larger picture. But these are, in actuality, just minor details in the episode.

As Jenner’s family works to understand her struggle, we in turn learn more about the trans experience. Jenner doesn’t focus on her backstory—she already did so in her Diane Sawyer interview and the About Bruce Kardashian special—but rather devotes her time to answering all of her family’s questions. Although they don’t use female pronouns when referencing her, she remains patient and understanding. (There’s an especially cringe-worthy moment where her mother asks the counselor about a bible passage that speaks of a man wearing a women’s clothing.) Never does Caitlyn try to invalidate anything that her family or friends are feeling, which lends itself to a more robust perspective.

Later in the episode, Jenner escapes—quite literally, as she is forced to change cars three times to avoid the paparazzi—to San Diego to visit Kyler Prescott’s family, shortly after he took his own life. Here, it is evident that while Caitlyn is at the center of I Am Cait, she is more of a vessel for the trans community.

Although she does not represent all transgender people, that doesn’t mean that we can invalidate her experiences. Her story is just one of many that the series will bring to light. She has dealt with her discomfort and insecurities her entire life, and even, as she states, has contemplated suicide. “I have been in my house with a gun and said, ‘Let’s just end it all here,’” Caitlyn reveals. “That pain, that suffering—it’s real.”