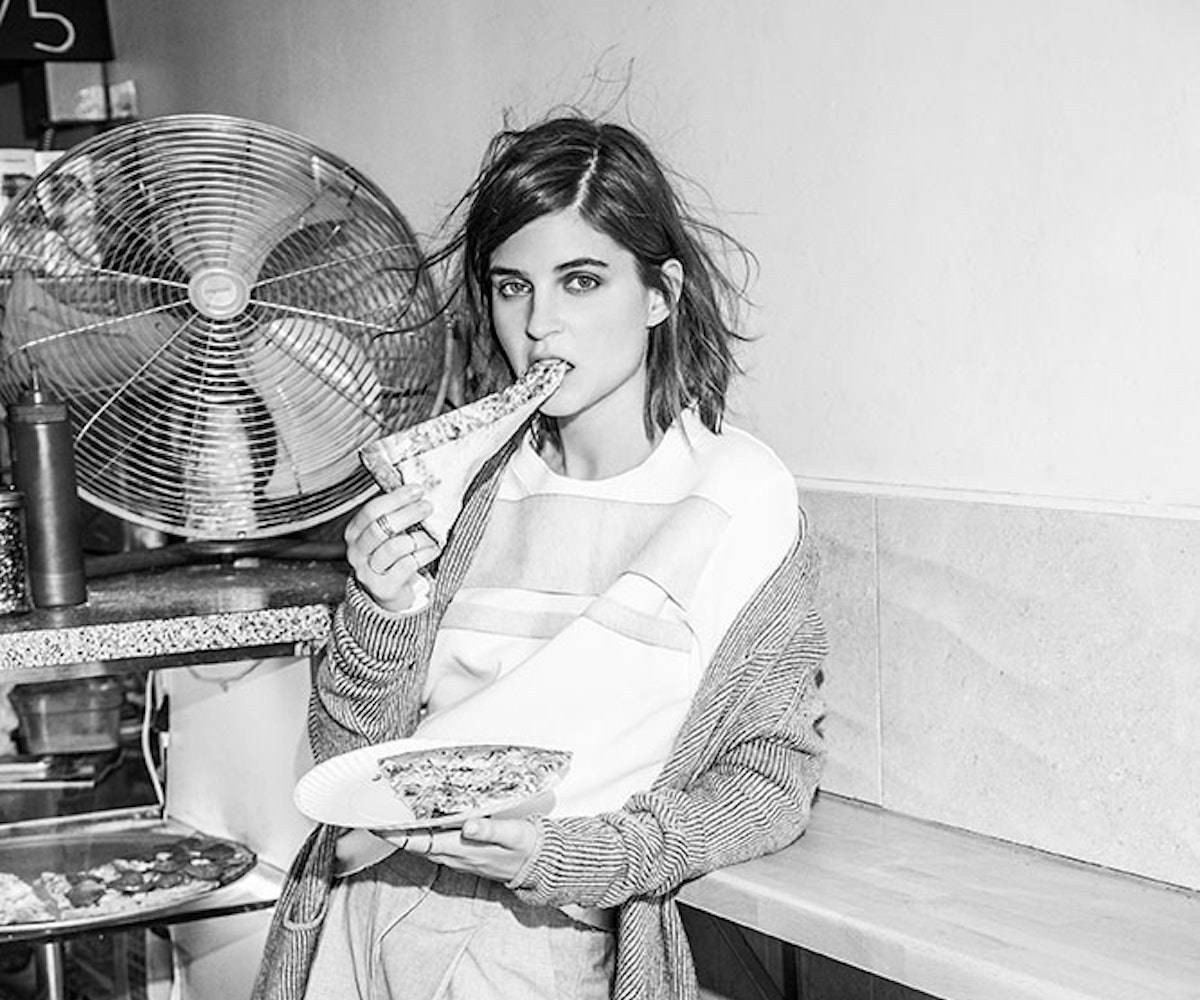 ICB decided to put a new spin on their spring/summer 2016 collection by releasing a capsule lookbook with etiquette lessons called, "How to Be a Woman," playing on those proper manners we all knew to be important back in the day. With a book of etiquette on different situations alongside images of their spring/summer 2016 collection, the lookbook creates a great juxtaposition of the old-fashioned "ideal woman" with a new, contemporary take on it. Click through to see the images, as well as some of our favorite classic points on conversation, greetings, how to sit, and even afternoon tea.

The Art of Conversation

The general rules of conversation for a woman are as follows: Think before you speak, never express ills or unpleasantness, and avoid tormenting your listener with private concerns, which are in bad taste. A conversation, ideally, should be an exchange of thoughts and ideas rather than a display of one’s wit and vocabulary. A woman needn’t be clever in order to hold a conversation that inspires delight. As we now know, the primary rule of behavior in public is “try to only do and say that which others will find agreeable,” a concept that also applies to conversation. Avoid absent-minded chatter, and think about not just what you are saying, but to whom you are saying it. A bachelor of 20 shant be concerned with a woman’s musings about her new baby, nor would she be amused at his talk of carousing. These blunders can be avoided simply by thinking before you speak. Similarly, tactlessness can lead to cruel and tasteless blunders. Don’t speak of the joys of dancing to the lame, the rosiness of youth to the elderly and aging, or the bliss of children to an old maid. Finally, aim to avoid being a bore. The bore will tell you a story for the hundredth time; each loathsome detail held up to the light and examined like a rare and shining stone. To the bore, each grain of sand on a beach encapsulates the same wonder and delight an artist might find in a rich, tropical sunset.

On deep, wide sofas that are now the modern style, it is often difficult or near impossible for a woman to sit in a graceful fashion, as they force the sitter to stick their legs out before them or attempt to tuck them beneath.To sit on one of these chaises, resist the urge to flop down and shimmy backward; instead, sit gently on the edge and lift oneself until comfortably reclined, using pillows to prop oneself up if possible. It is important to note the shape and size of a chair or sofa in comparison to one’s own form. A buxom woman should avoid tall or spindly chairs, while those with short legs should opt not to sit on the deep sofas, which they may eventually require assistance to rise from.

A first meeting can inspire feelings of either fondness or pure disdain. No one wishes to embrace the lifeless hand that is not unlike a boneless fish, nor the crushing grip of the overly enthused. A woman presents herself with warmth and poise; the handshake should be made brief, dainty, and welcoming. The ceremonious way of greeting anyone is “Good morning,” “Good afternoon,” or “Good evening.” Less-formal situations will allow for a simple “How do you do?” but “Hello” should strictly be reserved for friends or contemporaries. Saying goodbye is far less formal in tradition; aside from special circumstances, little more than a respecful “Goodbye” is required.

Even a tea masquerading as a formal reception is truly nothing more than friendly and inviting. A woman goes to tea to engage with one’s friends and be seen by them. The menu at an afternoon tea party should consist of the following: Tea, drinking chocolate, bread, layer cake or small cakes, and sandwiches. At a tea where offerings are laid out in the manner similar to a buffet, women will approach the tea table to ask whomever is serving the tea or chocolate to pour it for them, but they will help themselves to sandwiches and cakes. It is acceptable to eat here, near the table, standing up. The tea—with cup and saucer—must be held in the left hand. In the case of the table hostess pour, tea and chocolate can be passed on trays or poured by up to two of the closest friends of the hostess. These ladies are always invited beforehand, and selected due to their gracious manners to any and all under a whole variety of circumstances. The woman pouring should ask each of the guests whether they prefer their tea strong or weak. A heaping teaspoon of tea is used for each guest, over which the host or pourer pours boiling water (anything less will ruin the tea), and allows to steep from three up until 10 minutes, the latter of which will produce a very strong tea.

The fact that no one likes a poor partner—even if they are your opponent—is obvious. The ideal woman partner in any game never criticizes (or, better, seems unaware of your mistakes), and always exudes an air of modesty. Even when moderately skilled, never make the foolish blunder of throwing your cards down in a brazen show of over-confidence. There is no faster way to simultaneously embarrass oneself and rob your opponents of their rights.

Alternatively, when playing Bridge, it is best for a woman to play well or not at all. It is unlikely to find a group willing to teach as they play. If you have tried and found you have no real acumen with cards, it is best to simply let it go. Better to sit out while others play than to irritate them and embarrass yourself simultaneously.