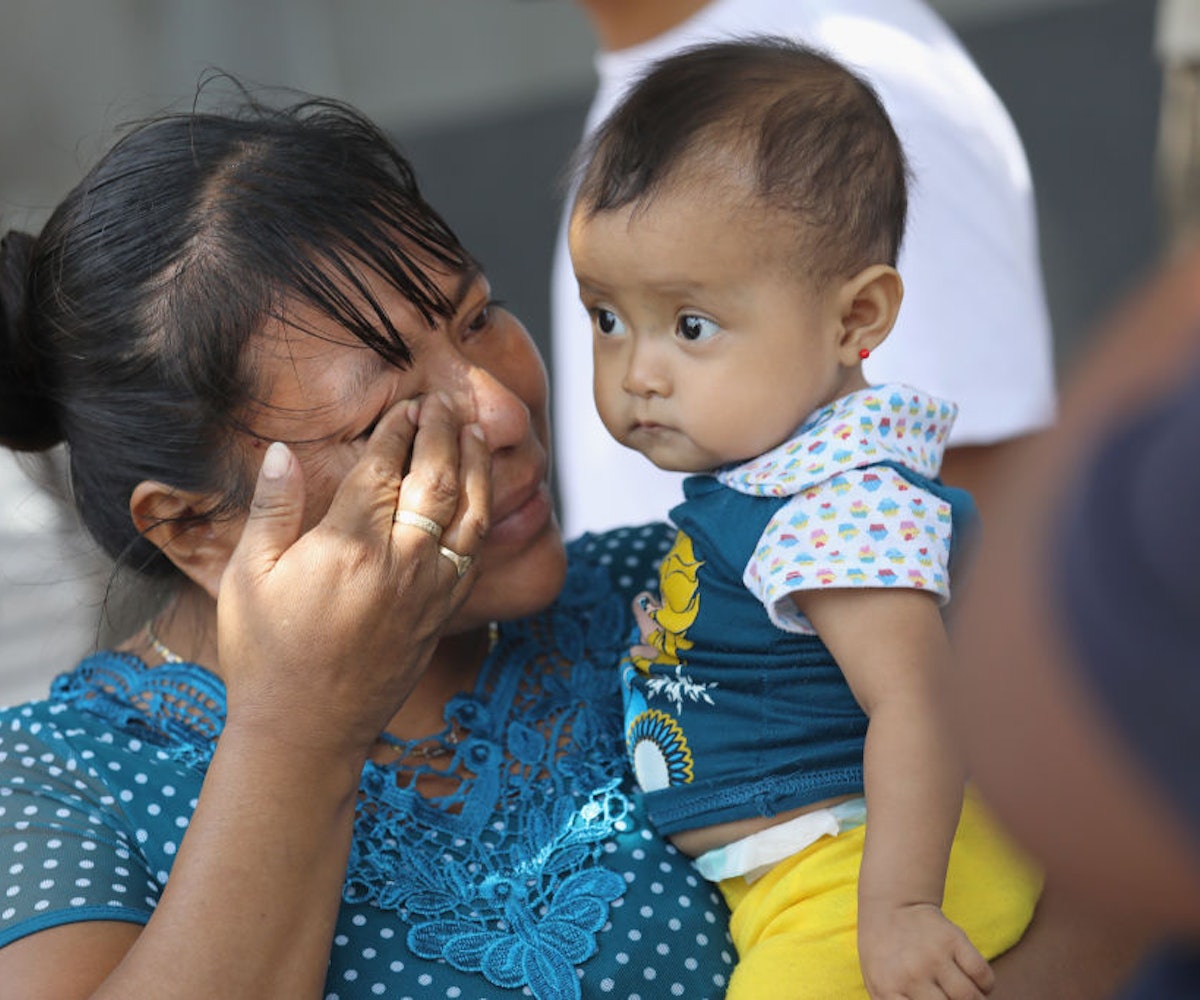 For undocumented immigrants, life in America can often feel like one long game of Hide and Seek. The stakes are pretty dramatically different than any childhood game, though; if discovered, undocumented immigrants risk arrest and deportation, along with the possibility of being removed from family members, friends, and what are often their long-standing homes. And while some efforts had been made in recent years to better integrate some undocumented immigrants into the social structures of American society, via programs like the DREAM Act, it now feels like a whole new age of fear has been ushered in.

In the last few weeks, there have been numerous stories of Immigration and Customs Enforcement (ICE) agents rounding up and arresting hundreds of immigrants across America, perpetuating a culture of terror and anxiety among the immigrant population. It's important to note that massive undocumented immigration roundups are not exactly new; as the New York Times reported in February, during the Obama administration, almost 410,000 people were deported in just one year. And yet there is certainly renewed focus, thanks to the incendiary rhetoric of Donald Trump. What this can lead to, of course, is a refusal for the law-abiding undocumented immigrants to employ the services that our society offers, including those which are designed to protect them, no matter their legal status. And when undocumented immigrants don't feel safe doing things like calling the police or the fire department when they're in danger, contacting social services, or enrolling their children in school, then we, as a society, suffer along with them.

A prime example of this came today when NPR reported that four women—victims of "physical and violent assault"—in Colorado have dropped cases against their domestic abusers in fear of facing arrest and deportation themselves. Denver City attorney Kristin Bronson explains to NPR:

We had pending cases that we were prosecuting on their behalf and since January 25, the date of the president's executive order [on immigration], those four women have let our office know they were not willing to proceed with the case for fear that they would be spotted in the courthouse and deported.

The women became fearful after seeing a video which "shows ICE officers waiting to make an arrest at a Denver courthouse."

While ICE claims to be targeting undocumented immigrants who have criminal records, not those who are, like the four women in question, using U.S. courts to protect themselves against violent offenders, the fact still remains that these women have now dropped cases because they fear for their own safety. And by dropping these cases, their abusers now face no repercussions for their violent actions.

Thanks, Trump. Seems like you're making America safer already.