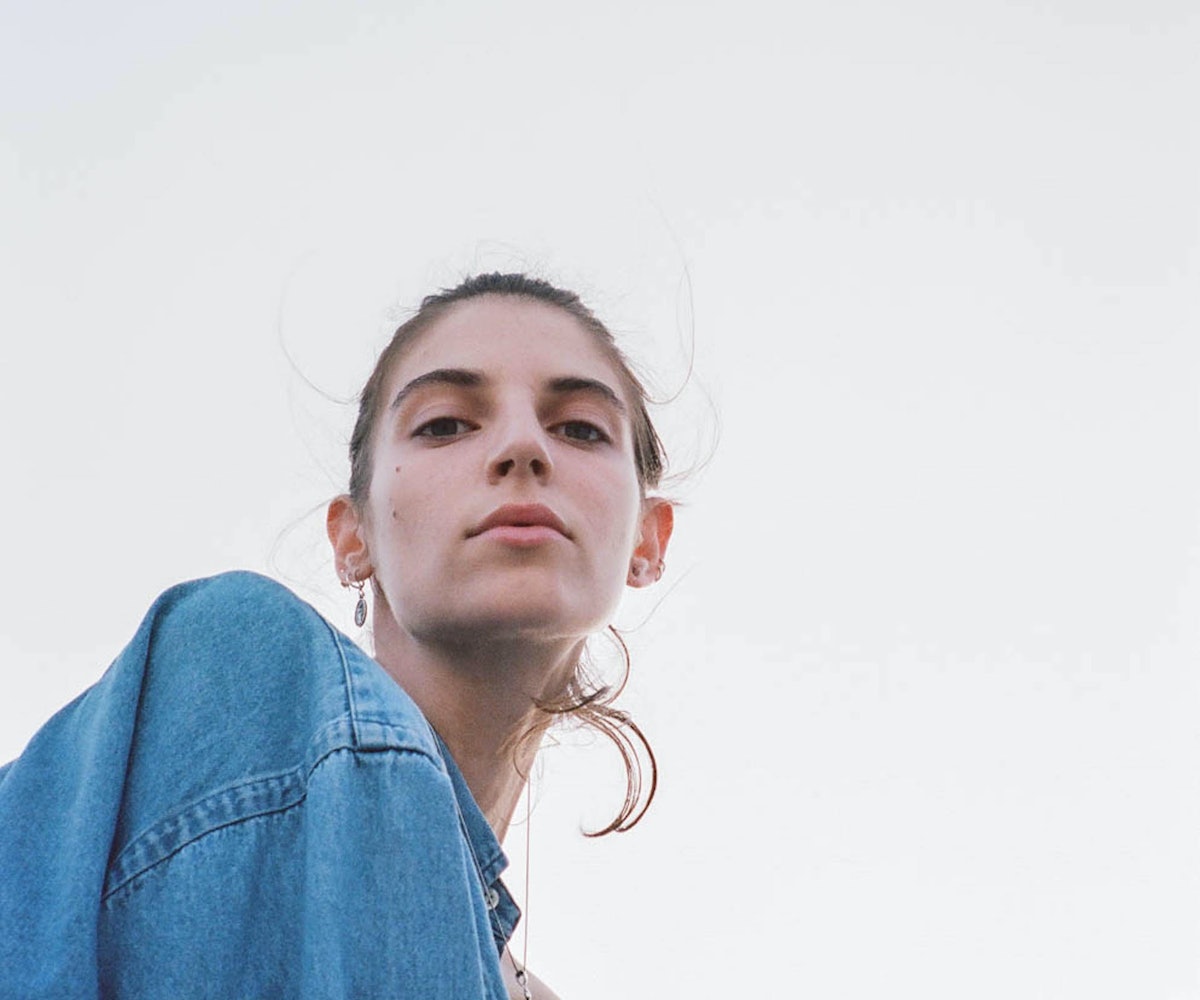 Ilana Kozlov makes giving no fucks incredibly endearing. “I don’t know, I’m not really that kind of model,” she responds when asked which of her latest projects makes her most proud. We’re sitting high atop a downtown L.A. warehouse where the 21-year-old multimedia artist and Hollywood native just wrapped a photo shoot, and I can’t help but go a little slack-jawed at her answer. It’s just not what you’d expect from someone who broke into the modeling scene only a year ago and has already walked for industry giants like Max Mara and Balenciaga, not to mention laid claim to the latter’s spring ’16 campaign and Diesel’s as well.

But what may initially come across as blasé in Kozlov is actually an effortlessness that not only defines her career to date (she was discovered while out cassette-tape shopping with a pal, and only followed up with the agent in hopes of making some extra cash), but also sums up her whole vibe: “I was hanging out in Paris with my friend, and she asked if I wanted to come along to her Balenciaga fitting. I didn’t think much of it; I showed up in my pajamas and thought I’d just wait around and kill time. Next thing I know, the casting director is booking me.”

If getting enlisted on the spot for one of the biggest shows in Paris wasn’t enough to rattle her, nailing the catwalk was, like, whatever. “People were telling me different things, but I said, ‘Fuck you’ to all of them and walked like a normal person,” she declares. “Runway walks are not a thing for me. No one cares about your walk if you have a cool look.”

That, Kozlov most definitely has: all sculpted cheekbones, tatted limbs, and androgynous mien. But the veneer is backed by a complexity that instantly surfaces when she starts in on her first love, art. “A lot of the artwork I produce is rooted in feminist theory,” she explains. “For example, I think a lot about the way that women are expected to be both infants and prostitutes”—a theme that comes up, needless to say, in her work as a model. But instead of turning away from the close relationship she now has with these problematic topics, she uses it to fuel her creative process. “Modeling has a hand in distributing that narrative to the masses, and being a medium for that information allows me to treat those ideas more intimately in my artwork,” says Kozlov.

Throughout our conversation, it becomes increasingly clear that she isn’t only thoughtful about the concepts that feed her work, but also about defining the work itself: “I sculpt, dance, take photos—I’m multidisciplinary, but I’m not sure how to frame it thematically,” she says. “I look at the art object as a container, a vessel for communication, so I don’t like to specify which genre I work in because it puts me in a corner.” That resistance to being pigeonholed is another of Kozlov’s defining traits, and one that may have taken root during her struggles as a teen. “I was depressed and addicted. When you’re partying all the time it feels like you have friends, but you don’t. I was bullied throughout my childhood, and when I got older I was always looking for a way to escape,” she recalls.

Unexpectedly, that escape finally came in the form of modeling. Whereas other neophytes might freak out under the spotlight’s scrutiny, Koslov is soothed by it. “It’s very similar to meditation; you become aware of the moment as opposed to checking out. Whatever pain I’m in or whatever thoughts I’m having, when I’m taking direction on set, I’m not thinking about any of that. I have to be completely present,” she says. As it turns out, that’s not the only way fashion acts as a source of comfort for Kozlov—in fact, it may even trump fine art for her in that department. “There’s an intimacy about fashion that’s so cool,” she muses. “With sculpture, you can arrive at it, interact with it, but then you have to leave it; you can’t carry it around as a way to represent yourself. But with clothing, I can carry it with me. It can become a part of who I am whenever I feel like it.”

With such breadth of experience as an artist and model, perhaps she has a cerebral take on what it means to be beautiful. “That’s so hard,” she says, looking out at the Los Angeles skyline, suddenly taciturn. “I honestly don’t know what beauty is. I think it must be love.”