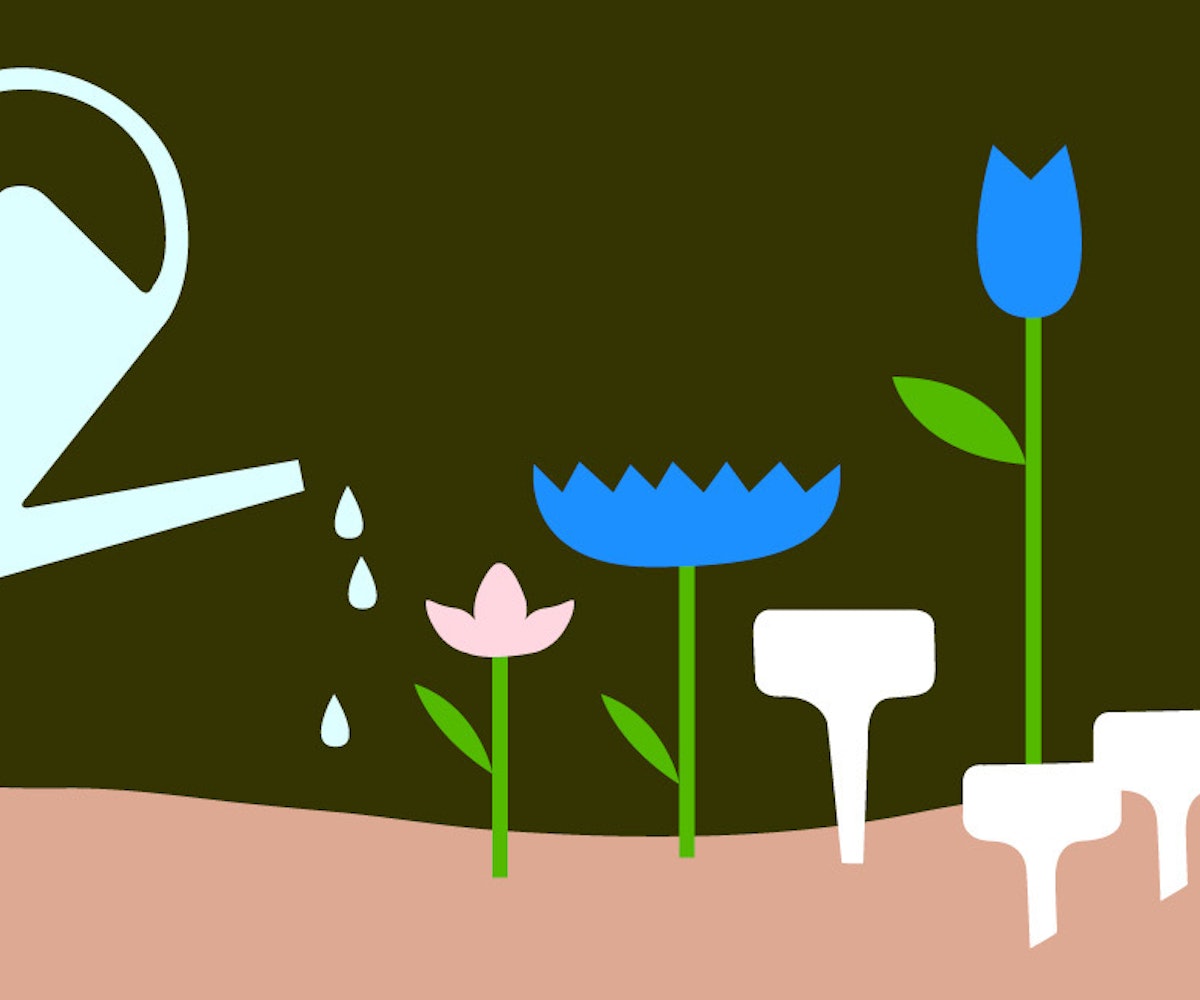 Graduating college in the immediate aftermath of the recession meant that I spent months fighting tooth and nail for employment in one of the toughest job markets in recent history. I deluged the world with my resume, applying to jobs in locations ranging from Arkansas to London, New York City to Myrtle Beach, expressing an equal amount of wild-eyed zeal for each. Following the advice of everyone older than me who’d somehow found jobs amid the economic rubble, I left my Atlanta address off my resumes and enthusiastically told any recruiter that, actually, I was planning on relocating to their city already—because even the mere threat of moving costs could inspire a potential employer to knock you out of the running. I’d been balancing school with unpaid internships subsidized by my gig working at a dog kennel, and I was exhausted. Suffice it to say, I really needed a job. So, when the director of social media—we’ll call him R.—at a New York interactive marketing agency actually responded to my application with a request to meet in-person, I was high on the fumes of desperation.

I eagerly flew myself to New York on my own scant dime and arrived in the Meatpacking District six hours before my interview, where I nervously loitered in nearby coffee shops and tried not to nervous-sweat through my stiff new interview clothes (J. Crew outlet, baby) while the clock ticked closer to my appointment. When I marched in and told the receptionist who I was there to meet, she barely looked up from her desk lunch: “R.? He quit.” My interviewer, the man who had reached out to me just one week earlier, had resigned a mere two days before and had neglected to tell me or mention our interview to any of his coworkers. I’d been stood up. I quietly wept into my discount cardigan the whole way back to Atlanta.

I eventually stopped whimpering, recouped the airfare cost after a handful of night shifts, and, eventually, even found a full-time job. But every now and then, even nearly a decade later, I return to that day. And when my mind wanders to R., it isn’t residual anger that I feel so much as a lingering vestigial connection that tethers me to him, ever so tenuously. I don’t really spend time fantasizing a grand revenge or ruminating over what I could’ve done differently (which, a lot—like refuse to pay for my own travel, for one). Instead, I feel a twisted sense of fondness for my AWOL interviewer when I innocently creep upon him from afar. The sensation is less like taking to a punching bag, and more like sneaking a candy bar into a movie theater: a surreptitious, low-stakes indulgence that feels exponentially more decadent than it should.

R. had joined my grudge garden.

My secret grudge garden is a pleasant and lovely place; I picture it as a verdant, secluded oasis, one which doesn’t need much care to subsist on its own but is always there when I need the respite. Like a row of succulents on a windowsill, the upkeep is minimal, requiring only the occasional check-in. These are quiet grudges from which I take nothing but delight in cultivating; rather than chips on my shoulder or anything requiring “closure,” they're an entertaining indulgence that I like to look back on fondly and lovingly nurture. In my grudge garden, I picture myself as Marie Antoinette flitting around her Petit Trianon in a gauzy white gown, or a young, healing Mary Lennox taking refuge from the bleak English moor in her walled secret garden. There is, of course, plenty of dirt and ample shade.

R. is there, obviously. There’s also the woman who nearly got me fired from that aforementioned kennel job after overhearing me use profanity. We now both work in similar fields in the same city, which means our orbits occasionally overlap, but she has no idea I’m that same foul-mouthed dog cusser—which makes it all the more thrilling. There’s the guest who demanded our DJ play Taylor Swift’s “Bad Blood” at my wedding reception (fitting!). There’s the hairdresser who surprised me with The Rachel approximately two decades after its cultural zenith. I love and gently nurse them each equally, and take a tiny but very real amount of pleasure in their ongoing cultivation. They’re like my little nemesis Neopets. My trifling Tamagotchis.

But is it healthy, you ask? Surely a therapist would frown not only on allowing such petty grievances to fester but on turning to them as a source of gratification, right? Probably. But at a certain point, given a certain amount of distance from the interaction and a certain amount of harmlessness in the beef, the pleasure of tending to the grudge outweighs the residual mental health drawbacks in harboring it. I have darker hang-ups, too, the kind that require extensive therapy, breathing exercises for trauma, the works. But this is different. Simple, low-stakes, harmless, the grudges' ensuing gratification far outweighs any real ramifications. It’s not dwelling. It’s a pint of ice cream furtively, rhapsodically consumed in the glow of an open freezer.

Like any horticultural endeavor, certain parameters must be in place in order for a grudge garden to truly, healthily thrive. For one, the beefs in question need to be superficial, fleeting, and mostly innocuous. It isn't about bitterness or forgiveness, bad exes or toxic friends, revenge or trauma; for this to work, the situation in question should be relatively low-stakes, your hard feelings need to have mostly passed, and the grudgee should not be an active presence in your life. In fact, the grudge garden is the only place in your world that this person can occupy—and, to properly stay in the garden, that’s all they’ll ever be to you. (Anyone who’s more than a one-dimensional character in your imagination—a current friend, a current boss, a current romantic partner who once refused to make a roadside stop at the Sea Lion Caves—gets a bit more complicated in terms of things like “forgiveness.”) Maybe they don’t even know you, maybe they totally unaware that any unsavory interaction ever occurred. My most cherished grudges are the ones totally unbeknownst to the offender in question. It makes the secret that much better, like clasping a tiny talisman close to the chest. I like how tending to my grudge garden makes me feel like I have a teeny shred of power over the person in question, even if it’s all an artifice. Even if they have no idea I exist.

By the way, R., congratulations on starting your own consulting agency. Let me know if you’re hiring any time soon. This time... maybe you can come to me.