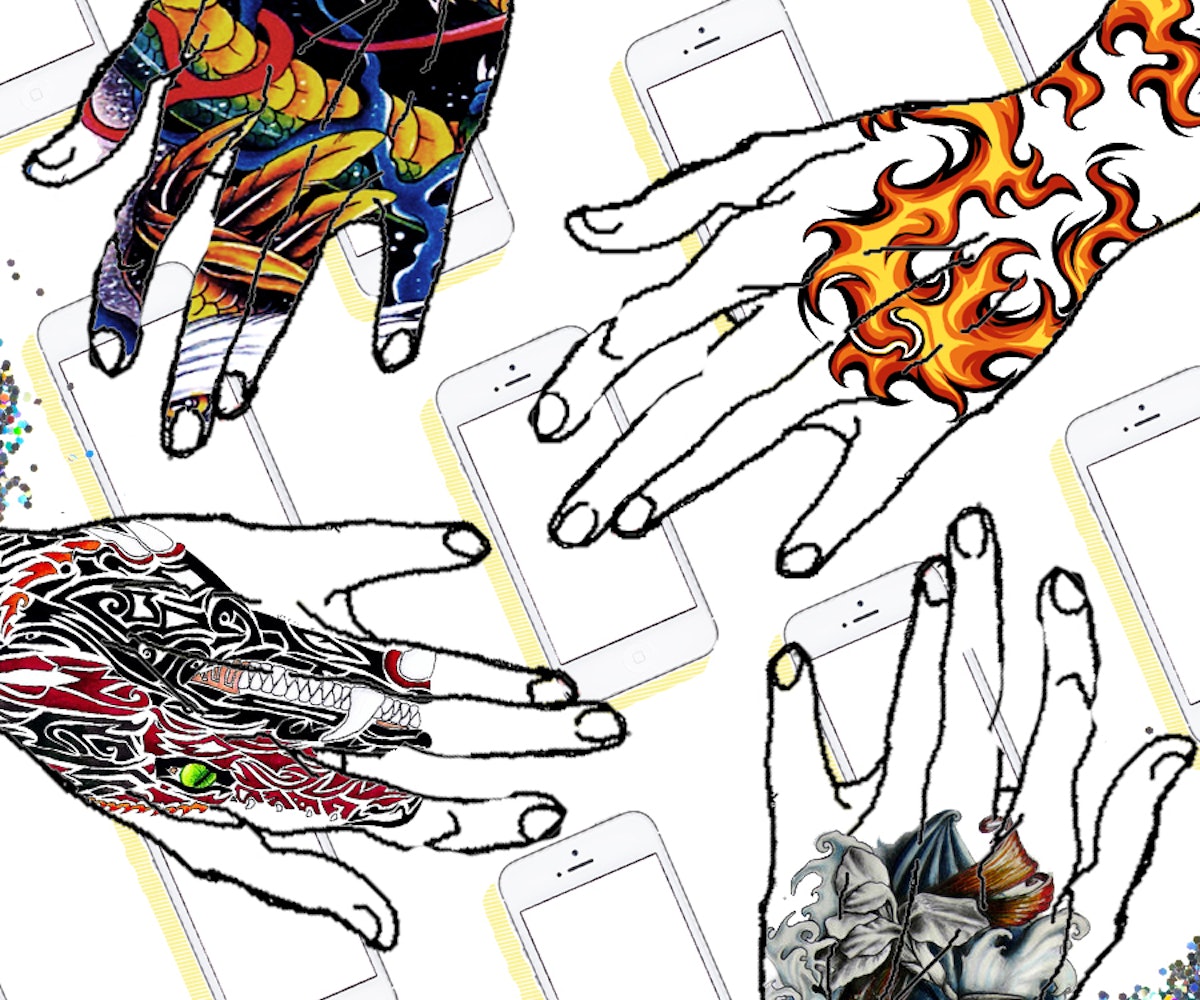 A new app is looking to make regrettable tattoos a thing of the past. It's called InkHunter and thanks to some nifty algorithms, it allows ink-obsessed users to see what a tattoo might look like on their bodies before actually putting needle to skin.

"Our app will become a funnel which starts with people who are just thinking about tattoos, and ends with those who are confident in the tattoo they want and artists who can get it done," said company CEO Oleksandra Rohachova, who led a team of four Ukrainian students in the app's conception and building.

All users have to do to see what their potential tattoo might look like is draw a smiley face on their arm, which acts as a marker. Users can then view their chosen tattoo design from different angles, depending on the position of their phones. There's an extensive design database that comes with the app, but individuals can also upload their own sketches as well. It's a pretty brilliant idea, and with the sudden omnipresence of filters, it was only a matter of time for something like this came to fruition.

If only it was around after the Gilmore Girls finale, we might have been spared the indignity of looking at Lauren Graham's face whenever we wear shorts. Oh well.

NEXT UP
Life
Rachael Finley Never Got A Guide To Life, So She Wrote Her Own
Entertainment
Soccer Mommy, Wet Leg, & 48 More Artists Made An Album For Abortion Rights
Life
NYLON Newsletter: October 4, 2022
Fashion
The 13 Buzziest Moments from Paris Fashion Week