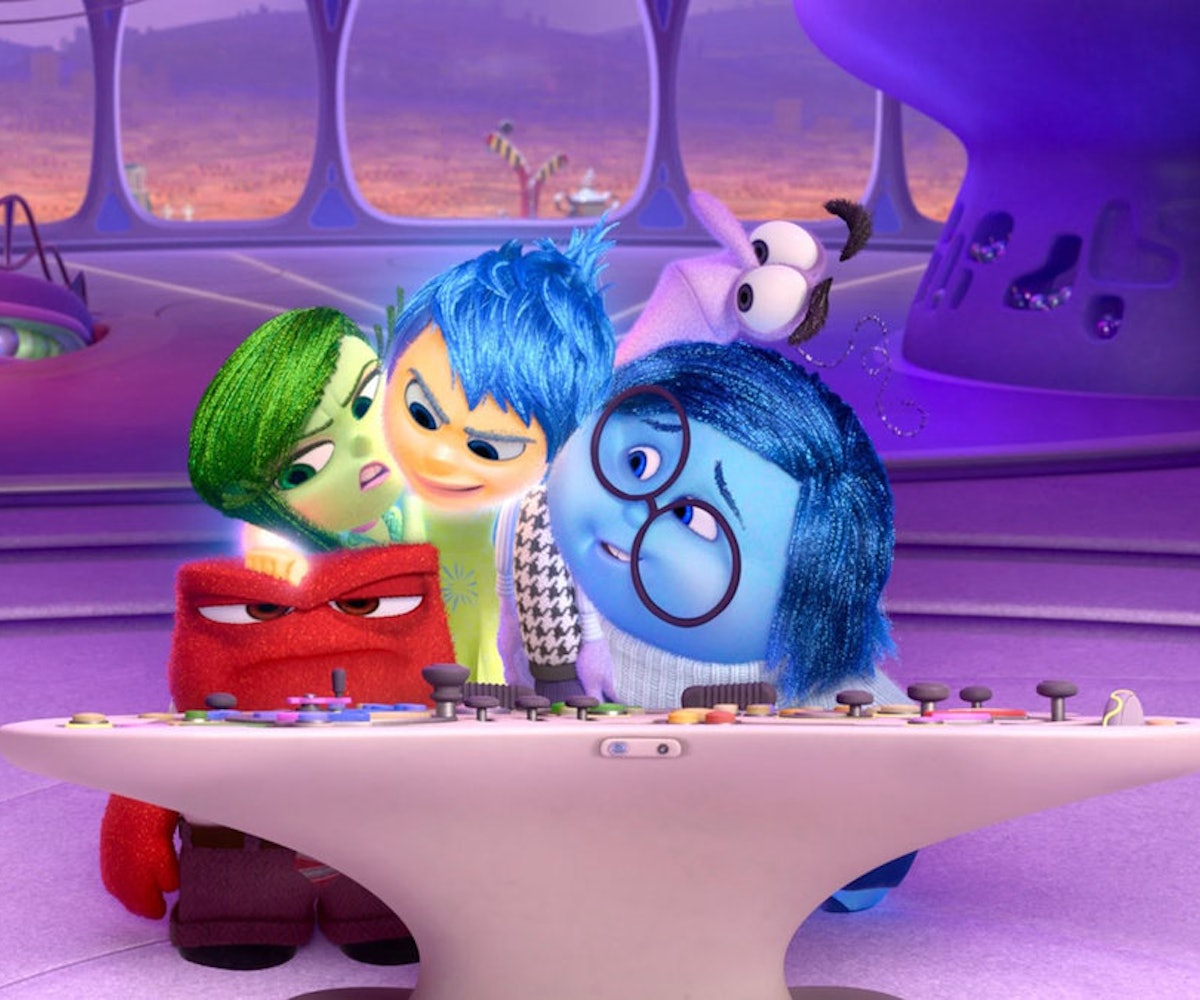 After a sojourn into mediocrity, with sequels like Cars 2 and Monsters University sullying a previously impeccable list of credits, Pixar has returned to form with the imaginative, clever and emotionally gratifying Inside Out. What must have been a hair-brained pitch about personified emotions navigating a little girl through a rough transition, turns out to be the most satisfying family film in years.

Eleven-year-old Riley (Kaitlyn Dias) couldn’t be happier going to school, playing on the hockey team and just hanging out with her mom and dad in their small Minnesota town. But when the family moves to San Francisco, joy feels banished from her life. That’s because Joy (Amy Poehler), is literally banished, removed along with Sadness (Phyllis Smith), from headquarters. That’s the place in Riley’s mind where the pair is teamed with Fear (Bill Hader), Anger (Lewis Black) and Disgust (Mindy Kaling) to help her navigate life’s ups and downs.

While she struggles fitting into her new environment, Joy and Sadness find themselves in a road movie through her brain, bearing a sack full of her vital core memories back to headquarters. What begins as a benevolent struggle between Joy and Sadness resolves in the understanding that one cannot exist without the other. And Riley’s happy childhood memories must inevitably turn a bittersweet shade of blue as she moves on with her life. It’s a cogent and simple truth about growing up and putting aside childhood, one director Pete Docter has visited before as story writer on the Toy Story movies.

Poehler manages to be constantly upbeat without being cloying, and Kaling underplays Disgust to great effect, but the cast of comedians mostly ditch their popular personas, blending as an ensemble. In fact, the real star of Inside Out isn’t in the cast; it’s in the highly original concept laid out with the simple elegance and emotional veracity that characterizes Pixar at its best.