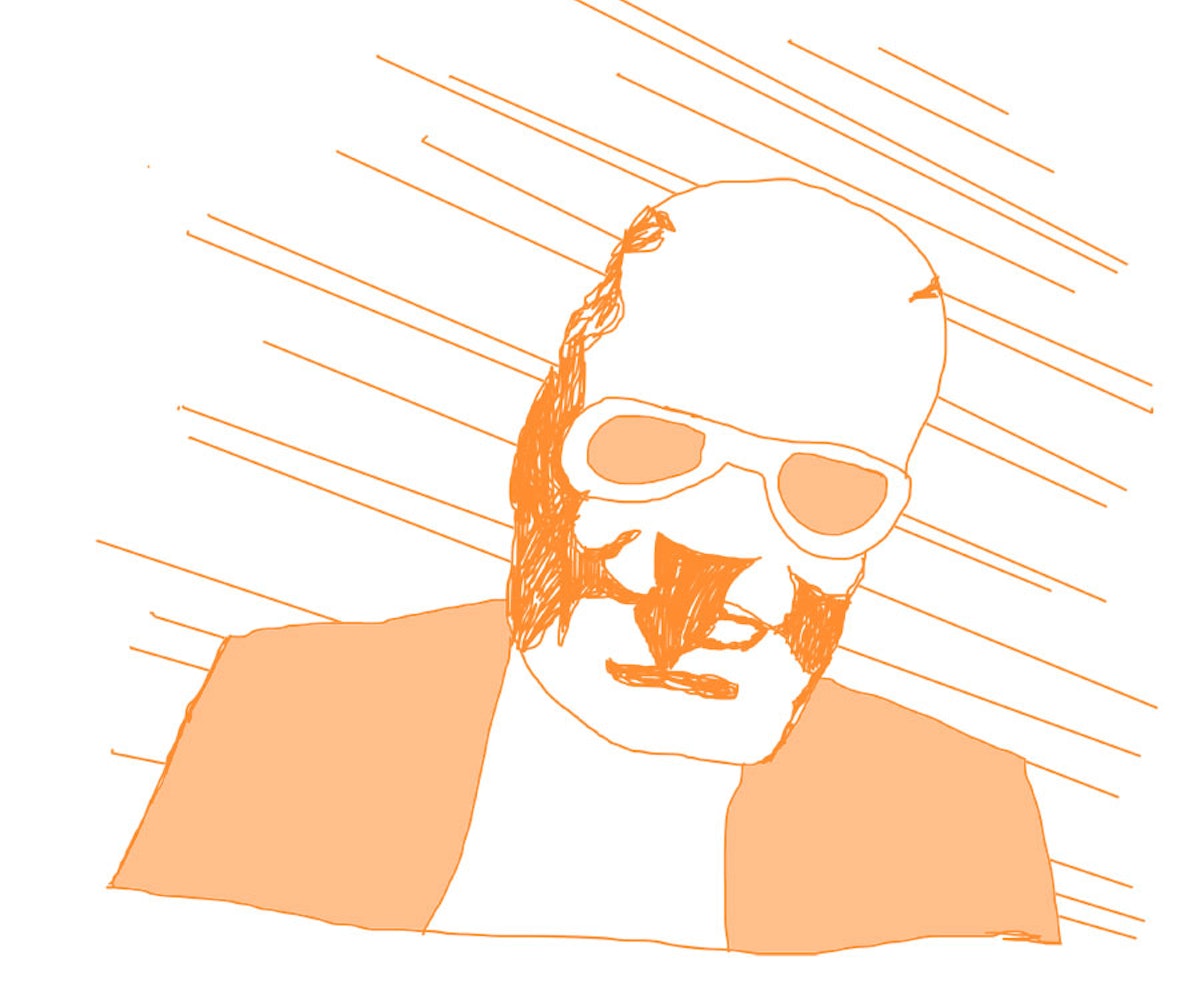 A Psychology Today article published last year said that Internet trolls "are narcissists, psychopaths, and sadists." We'd like to think that isn't true about everyone on this list (love you, Patton Oswalt!), but one thing is for sure: These seven digital provocateurs have mastered the art of getting a reaction online, for better or worse.

David Thorne was behind on a utility payment. In fact, a 2008 pro forma email from a Jane Gilles listed Thorne as overdue by $233.95. Thorne’s solution? He responded with this drawing of a seven-legged spider, which he valued at exactly $233.95. He signed off, “Trust that this settles the matter. Regards, David.” It didn’t, but we were treated to a perfect troll.

Berta Lovejoy is a fake YouTube commenter who emerged from the bowels of Reddit. She reviews perfectly innocuous “top videos” from the site, and turns their comments sections—just subtly enough—into circuitous arguments railing against male-dominated society. Berta is a prolific meta-feminist troll. Her sign-off: “Berta Lovejoy, Feminist, Promoter of Equality, Love, and Peace.”

On August 17, 2013, you might have read comedian Patton Oswalt’s disgusting tweet: “My grandchildren had better be WHITE.” If you were outraged by it, you probably didn’t read the preceding tweet: “For you simpletons who see everything in ‘black’ and ‘white’: if racism, misogyny, hatred and fear are BLACK, then.” Put both tweets in order, and you have a fabulous two-part troll.

The semi-anonymous online sharing community 4chan has harbored many trolls over the years, but perhaps its greatest achievement was using spambots to rig Boston radio station KISS 108 FM’s meet-Taylor Swift contest. Before the station canceled its giveaway over malfeasance, audiences were treated to this face, 39-year-old Charles Z., sitting creepily in first place alongside droves of lagging “Swifties” desperate but unable to meet their maker.

The best venue for trolling is anywhere earnestness thrives. In the online world of Second Life—a dense community game like The Sims—players act out every mundane aspect of existence. Before he mysteriously disappeared, Second Lifer Ralph Pootawn was the best troll in the game. This revolting puke- green creature would find couples while they were having sex, approach, crack open a beer, smoke a pipe, and just, kind of, hang out. Ralph just wants to watch.

Known ominously as the Max Headroom Incident, this troll isn’t technically an Internet job, but an analog prank that paved the way for future freedom fighters. In 1987, a person wearing a mask of the British TV character Max Headroom hijacked a local U.S. television broadcast, jumped around, ranted about Pepsi and Preparation H, and even quoted New Coke’s advertising slogan, “Catch the Wave.” “Max” was never caught.

Ken M. is a pro. He can be found on Twitter at @horseysurprise, or as a guest troll contributor to CollegeHumor. Ken’s mastery is in his choice of venue—Yahoo and Facebook mostly—where he goads the elderly by filling the comments sections with almost-sincere but slightly off critiques of baking tutorials and juicer rankings.