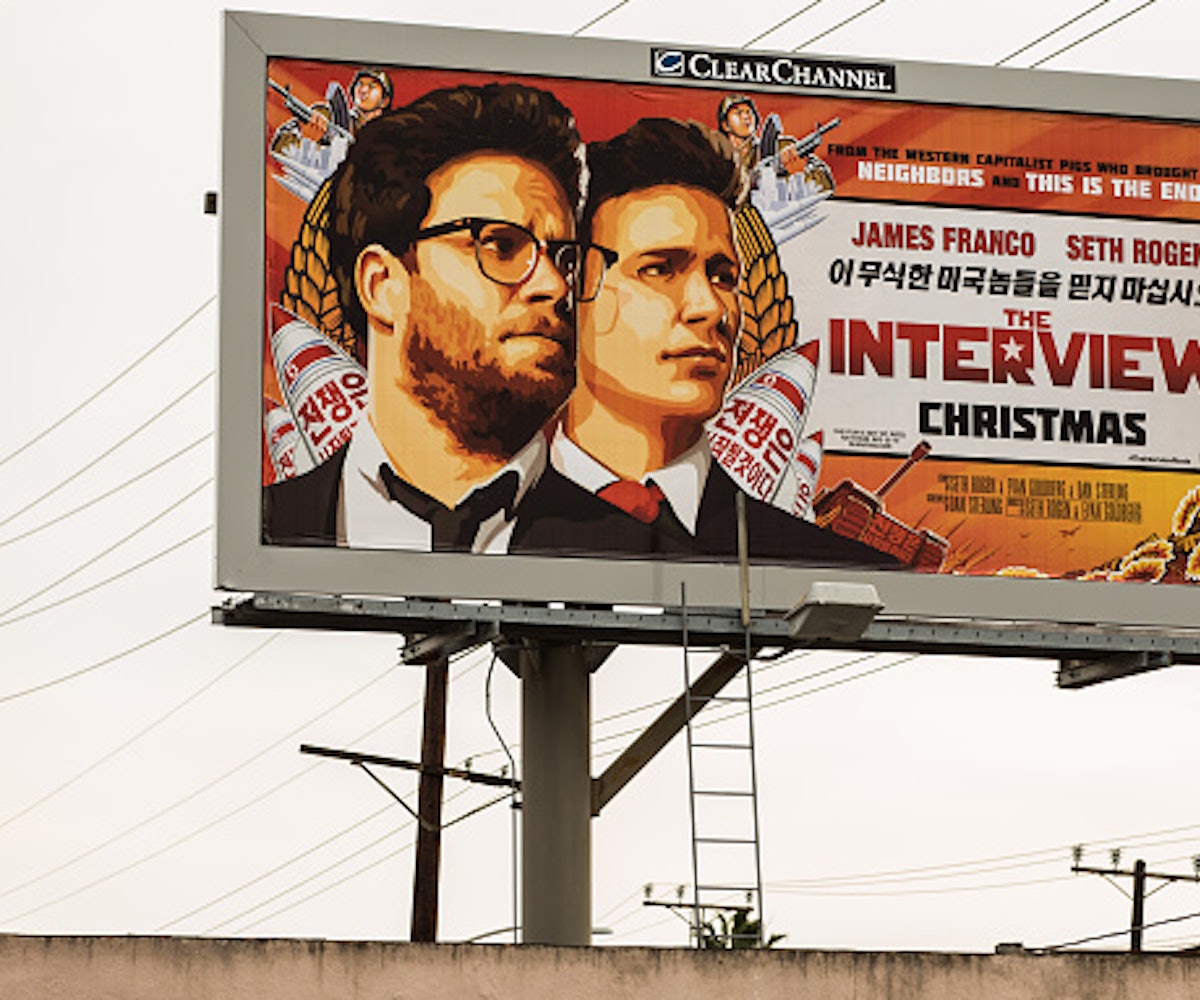 We will not be denied our dick jokes.

When massive chains and corporations chicken out in the face of empty threats by kooky totalitarian regimes, leave it the art house cinemas to come to the rescue in the name of freedom. That's right. The movie nerds who spent their youth dissecting Truffaut films are the ones stepping up to North Korea by offering Sony a venue to show The Interview on Christmas Day.

Art House Convergence represents independent exhibitors across the country, and wrote and wrote a letter to top Sony execs Michael Lynton and Amy Pascal offering them screens to show their embattled film on Christmas Day, according to Variety. The story is still developing, but CNN's Brian Stelter just came on the TV and said that at least one theater in Atlanta and one is Austin will show the movie, with perhaps more to be announced. Sony has spent the last few days trying to formulate a distribution plan, no doubt feeling more empowered with the force of the U.S. government behind them.

“We understand there are risks involved in screening ‘The Interview,’" Art House Convergence's letter read. "We will communicate these risks as clearly as we can to our employees and customers and allow them to make their own decisions, as is the right of every American.”

We're guessing that once the screenings are officially announced, they'll be the hottest tickets in town. (Our advice: buy as many as you can and sell them for triple the price, then wait for the DVD.) Interest in a movie has rarely been higher, and suddenly, seeing a Seth Rogen and James Franco comedy has become an act of patriotism, which is exactly what the North Koreans had in mind when they started this mess. We'll be updating this post once information about the screenings leaks becomes available.

UPDATE: Seth Rogen and James Franco have broken their silence and tweeted the following:

UPDATED: The Alamo Drafthouse will show The Interview tomorrow at multiple locations.

UPDATED: Here is the full list of theaters that will be showing The Interview on Christmas.