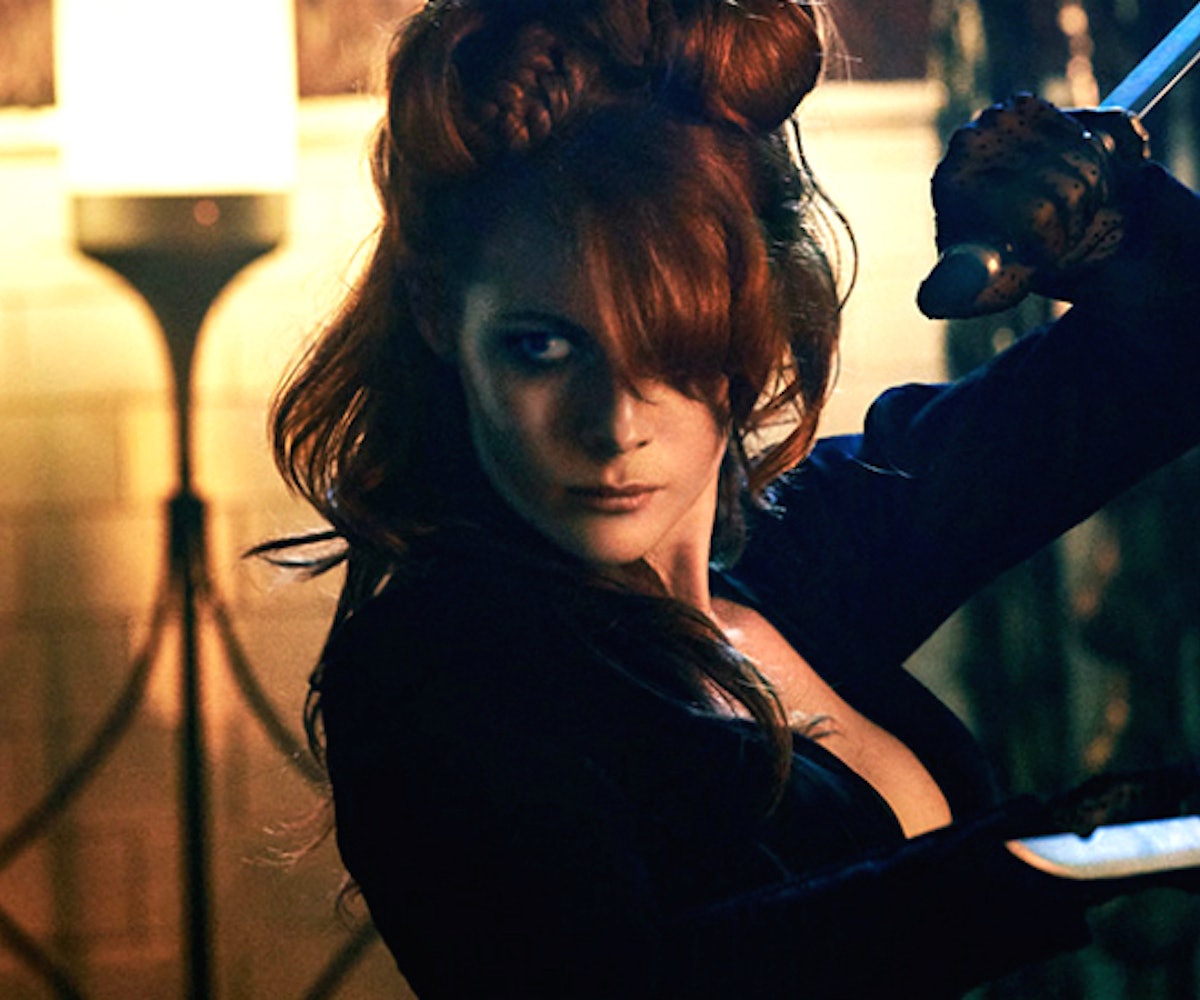 Long answer: Well… See... Look, Into The Badlands is not without many faults. It is, for long stretches, a slog. And yet, there are things vital and unmissable about it.

First of all, there’s that premise. As stated, Into The Badlands is a post-apocalyptic, martial-arts-Western series. Specifically, it takes place in what appears to be the Spanish moss-covered American South in an unknown year after a massive world war that began in Iraq…or China…or maybe somewhere else. Into The Badlands isn’t all that sure so stop asking, okay?

The important takeaway is that much of America, the titular Badlands, is now ruled by a series of “Barons”—plantation-owning warlords with awesome hair. To maintain power they have banned guns because, apparently, they can do that. Consequently, everyone who’s anyone has become really, really good at Kung Fu, swordplay, and throwing axes.

Yes, the world of Into The Badlands is a crazypants jumble of movie tropes. Almost for that reason alone, it has my vote. I’ve not seen a more bravely bonkers show on television since 1990’s Cop Rock—a series that was much like NYPD Blue except for the fact that the police and criminals would regularly break into song.

Cop Rock, however, did not have the rich production and, particuarly, the amazingly realized action sequences of Into The Badlands. Beautiful, vicious, and balletic, they are fantastic displays of martial-arts violence and wirework that will make you laugh and flinch. Regardless of whether you’re a fan of such things, they are worth watching.

Where Into The Badlands comes up short—at least for now—is its prolonged stretches of drama. Here, the show meanders, offering up only two performances that match the series' fantastical premise and action.

Brave as it is with its setting and martial-arts sequences, Into The Badlands loses the courage of its convictions in pace, performances, and plot—all fixable issues, but all ones that, so far, make what should be TV’s most electrically, lushly odd show somewhat boring.

Regardless of whether it lives up to its promise and embraces camp—and I sincerely hope it does—Into The Badlands is worth seeing simply for its premise, action, and, more than anything, the fact that something so weird and yet so well-produced ever got made. This is a bit of TV history and has at least the potential of being the most loveably bananas thing ever to hit basic cable. Let’s just hope that it realizes what it is, and what it could be, before audiences fall asleep.

Into The Badlands premieres tonight at 10pm on AMC, God bless it.