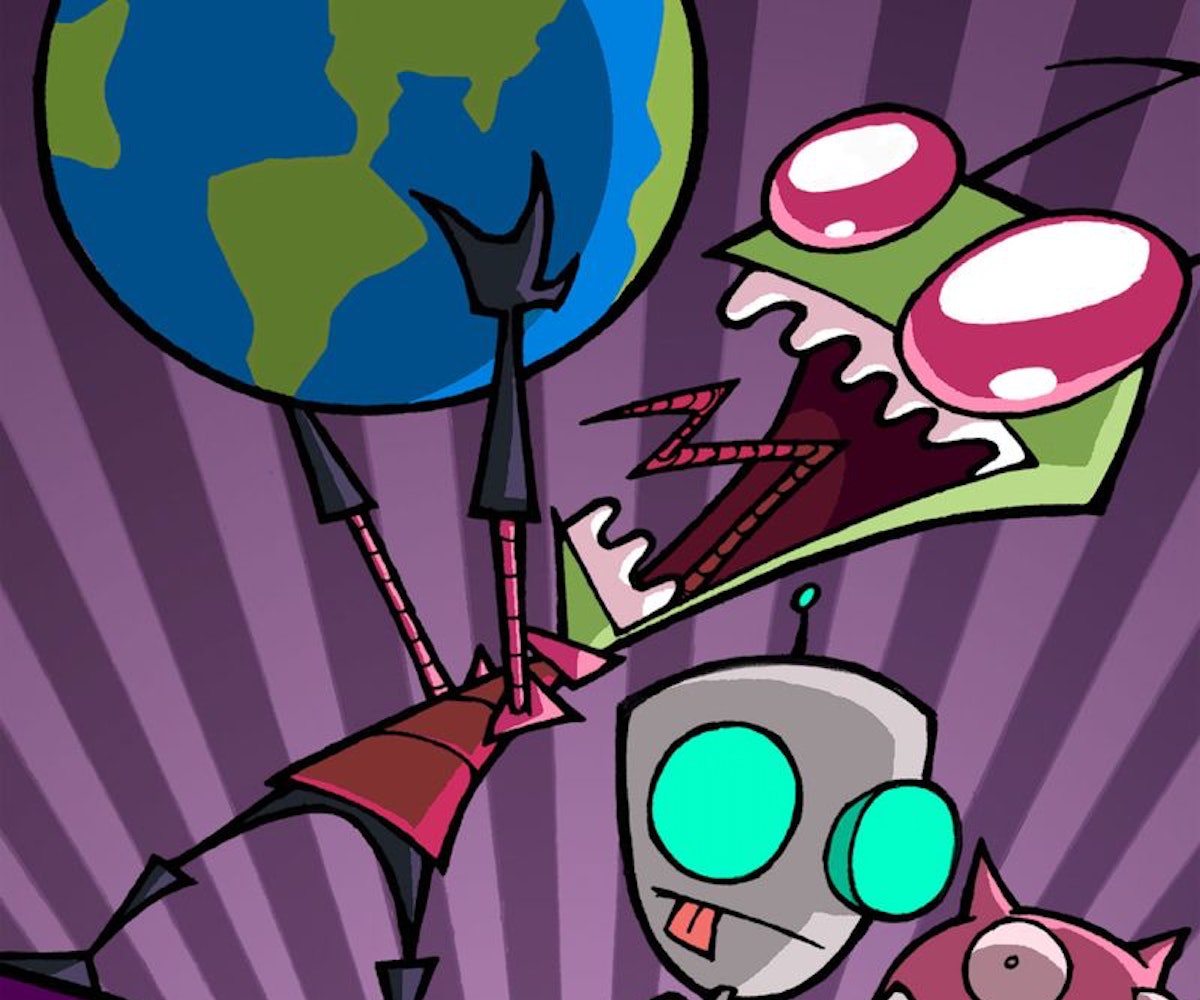 Is there nothing from the late '90s/early '00s that will be left alone? A recently distributed press release from Nickelodeon is heralding in yet another reboot of a beloved (and rather grotesque) television series. This time, it's Invader Zim that's getting the 2017 film overhaul, in what Nick is calling "the latest and greatest ridiculous attempt at world domination by the universe’s worst alien invader ever."

Invader Zim told the story of an incompetent alien and his even less capable robot, assigned by his overlords to take over Planet Earth. The eponymous extraterrestrial Zim is repeatedly thwarted by his own uselessness and his next door neighbor, a suspicious, aspiring cryptozoologist named Dib. Zim and Dib's shockingly morbid adventures spanned the gamut from attempts at organ harvesting to intergalactic space warfare. The series became known for its unique, Tim Burton-influenced aesthetic and over-the-top dialogue.

Nickelodeon has announced that the original voice actors are returning to the gothic sci-fi cartoon, including Richard Horvitz (Zim), Rosearik Rikki Simons (GIR), Andy Berman (Dib), and Melissa Fahn (Gaz). This will be the third classic cartoon to get a reboot from the kid's channel, right after Hey Arnold!: The Jungle Movie and Rocko's Modern Life. The Zim remake will be helmed by the shows original creator, Jhonen C. Vasquez.

We don't have a trailer or release date just yet, but in the meantime, enjoy a compilation from the show's most lovable (and most annoying) character, GIR: