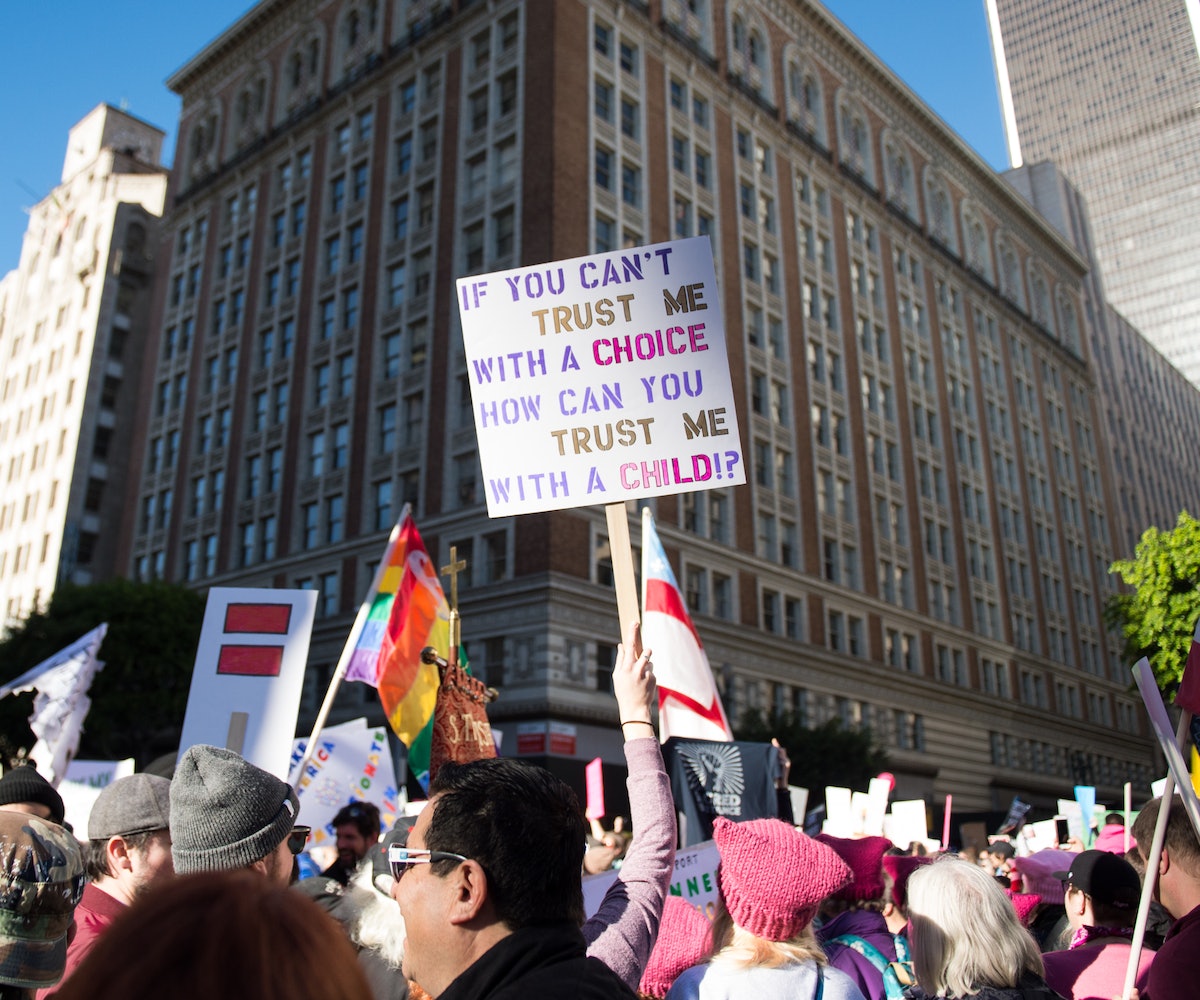 Earlier this week, when lawmakers in Iowa were debating a piece of legislature that would ban all abortions after 20 weeks unless the mother's life is at risk, Rep. Shannon Lundgren suggested that all women under this bill should be required to carry their fetus to term, even after they've suffered a miscarriage. To clarify, Democrat Rep. John Forbes asked Lundgren if his daughter, who is currently 21 weeks pregnant, were to suddenly miscarry, would she have to carry a dead fetus to term? Lundgren said yes.

"This bill wasn't written for the intent to protect or govern on the side of the woman," Lundgren said in a video of the House Human Resources Committee debate. "It was written to save babies' lives. I would concur that —in that instance—if your daughter’s life is not in danger, that yes, she would have to carry that baby.”

Apparently Lundgren doesn't understand the legislation she's supporting, because under the proposed bill, which defines abortion as "the termination of a human pregnancy with the intent other than to produce a live birth or to remove a dead fetus," it would not be required of women to carry a miscarried fetus to term.

Iowa Republicans initially wanted an even stricter bill to pass, the 'fetal heartbeat' bill, which would ban abortions as early as six weeks, or when a heartbeat is detected. This is around the time that most women even realize that they're pregnant. They quickly abandoned the bill after receiving intense opposition. This new 20-week abortion ban is not much better, with critics calling it "overreaching" and "unconstitutional."

Women's rights are currently under attack in the U.S. Also this week, Mike Pence cast a tie-breaking vote in the Senate that could begin the process of defunding Planned Parenthood. Pence wants to reverse a rule put in place by the Obama administration that makes it illegal for states to deny funding to health care centers offering abortion. This vote puts that power back into the states' hands, allowing them to discriminate against abortion-providing clinics, according to the New York Times. The bill passed on Thursday afternoon.

"Mike Pence went from yesterday's forum on empowering women to today leading a group of male politicians in a vote to take away access to birth control and cancer screenings," Dawn Laguens, executive vice president of the Planned Parenthood Federation of America, said in a statement. "Four million people depend on the Title X family planning program, and this move by DC politicians would endanger their health care. This would take away birth control access for a woman who wants to plan her family and her future."