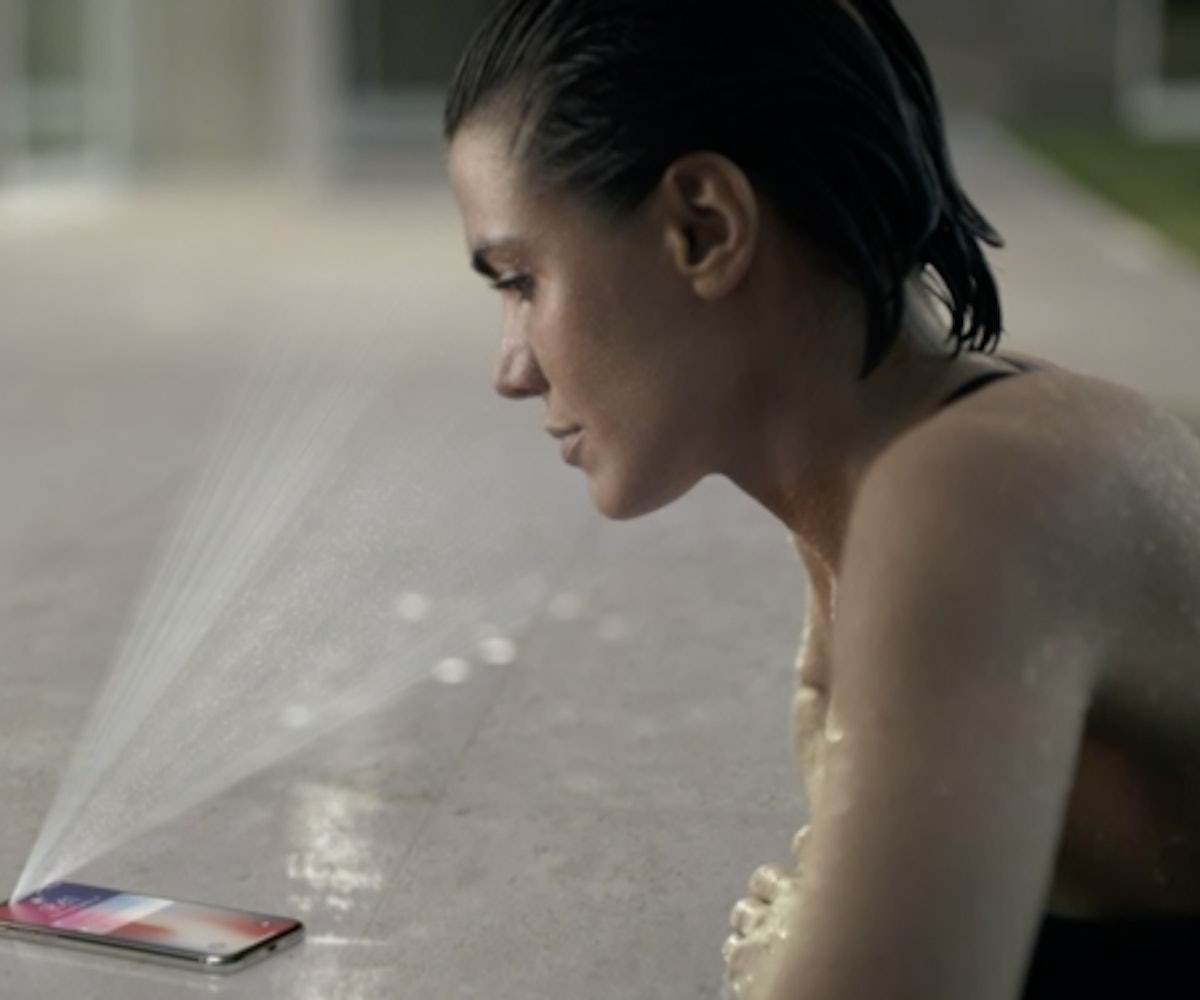 As expected, Apple execs took the stage at the brand-new Steve Jobs Theater on the campus of Apple Park and announced a series of new iPhones today, including the iPhone 8, the iPhone 8 Plus, and the iPhone X. Also, as anticipated, the iPhone 8 and Plus come with the incremental improvements we’ve come to expect with each new generation of iPhone. The colors include “silver, space gray, and a beautiful new gold finish,” according to Apple. It includes higher quality speakers on both the bottom and tops of the phones, which means listening to audio without headphones will be a far better experience than it is currently (no more sticking your phone in a drinking glass to amplify the sound).

Apple also announced a new chip, their most powerful ever, called the A11 Bionic, which means the phone will be faster and the video and photo qualities will be superior. They also debuted a new augmented reality game, called The Machines, which looked pretty damn cool and could represent the future of mobile gaming (it hits the app store later this month). But the big deal with this new line of iPhones is the long-awaited addition of wireless charging, which is made possible by the phone’s glass back. This continues Apple’s forward march into a wireless future. The new iPhone 8s starts at $700 and will be available for pre-order on September 15 and in stores on September 22 This is all wonderful, but, let’s be honest, it’s not the revolutionary new product we pray to Saint Steve for every November.

So, as rumored, Tim Cook walked back on stage and after praising the iPhone 8, told the audience, “But we’re not stopping there. And we do have one more thing.” He called it the biggest leap forward since the original iPhone. While stylized as the iPhone X, it’s actually called the iPhone ten, commemorating the phone’s 10-year anniversary. (So long iPhone 9, we hardly knew ye.) This new super iPhone—its new display is being called Super Retina Display—is all screen, from edge to edge and top to bottom. It also does away with the iconic home button, which might be the most drastic change in iPhone’s decade-long history. From now on, to return to the home screen, you simply swipe up. And to wake up the phone, you just tap the screen. So what about Siri? Instead of using the extinct home button, you summon her with the power button, whose life Apple mercifully spared.

The other big rumor about the iPhone X came true with the announcement of Face ID, which is the next generation of Touch ID. Instead of recognizing your fingerprint to unlock your phone and all of its secrets, the new iPhone X recognizes your face (as a twin, I find this very disconcerting). Apple says there is a one in a million chance that someone else can trick your phone with Face ID, unless that someone is Arya Stark.

But undoubtedly the best new feature of iPhone X is animated emojis, which the brilliant minds at Apple named Animoji. But these aren’t your average emojis. These are emojis that use Face ID technology to mimic your facial expressions, which means you can literally control their facial expressions with your own. It’s basically the same kind of motion capture technology Hollywood uses to create CGI characters, which is pretty incredible when you think about it. The iPhone X starts at $999 and will be available for pre-order October 27 and in stores November 3.