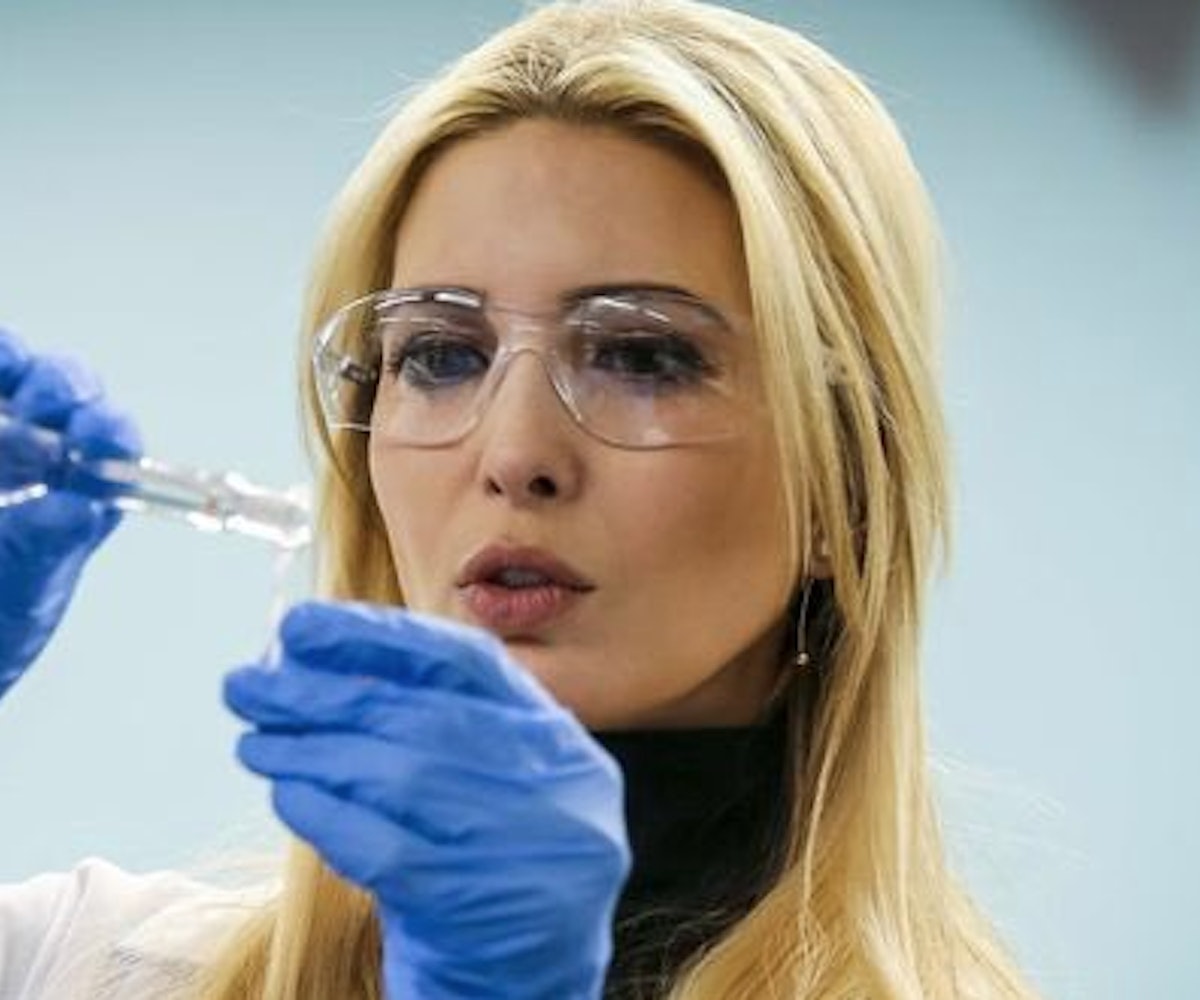 In case you missed it, Ivanka Trump recently took a break from making weird sex playlists and decided to play career dress-up. But this time, instead of pretending to be qualified for her current position as senior advisor to the president, the first daughter decided to become a scientist for the day. Or, you know, "scientist."

While visiting a job training and science facility in Waukee, Iowa, on Monday, Trump showcased her very good science skills by sharing a photo of herself in a white lab coat and goggles while measuring a liquid substance in a very serious manner.

This was all fine and dandy until the internet found out what Trump was actually measuring. Turns out, the substance that Ivanka The Scientist™ was assessing was "vape juice" from an electronic cigarette to measure its nicotine content. The internet, in turn, couldn't contain its excitement and quickly rushed to turn the photo opp into a viral meme, which was pretty great.

In this photo, Trump is seen measuring the "blood of the poor," which, you know, seems pretty on-brand if you ask us.

People also made some pretty weird memes in response to the photo, which made us uncomfortable.

There was also this, which really doesn't need a description.

Last but not least, there was this pointed response from actual scientist and California congressional candidate Jess Phoenix.