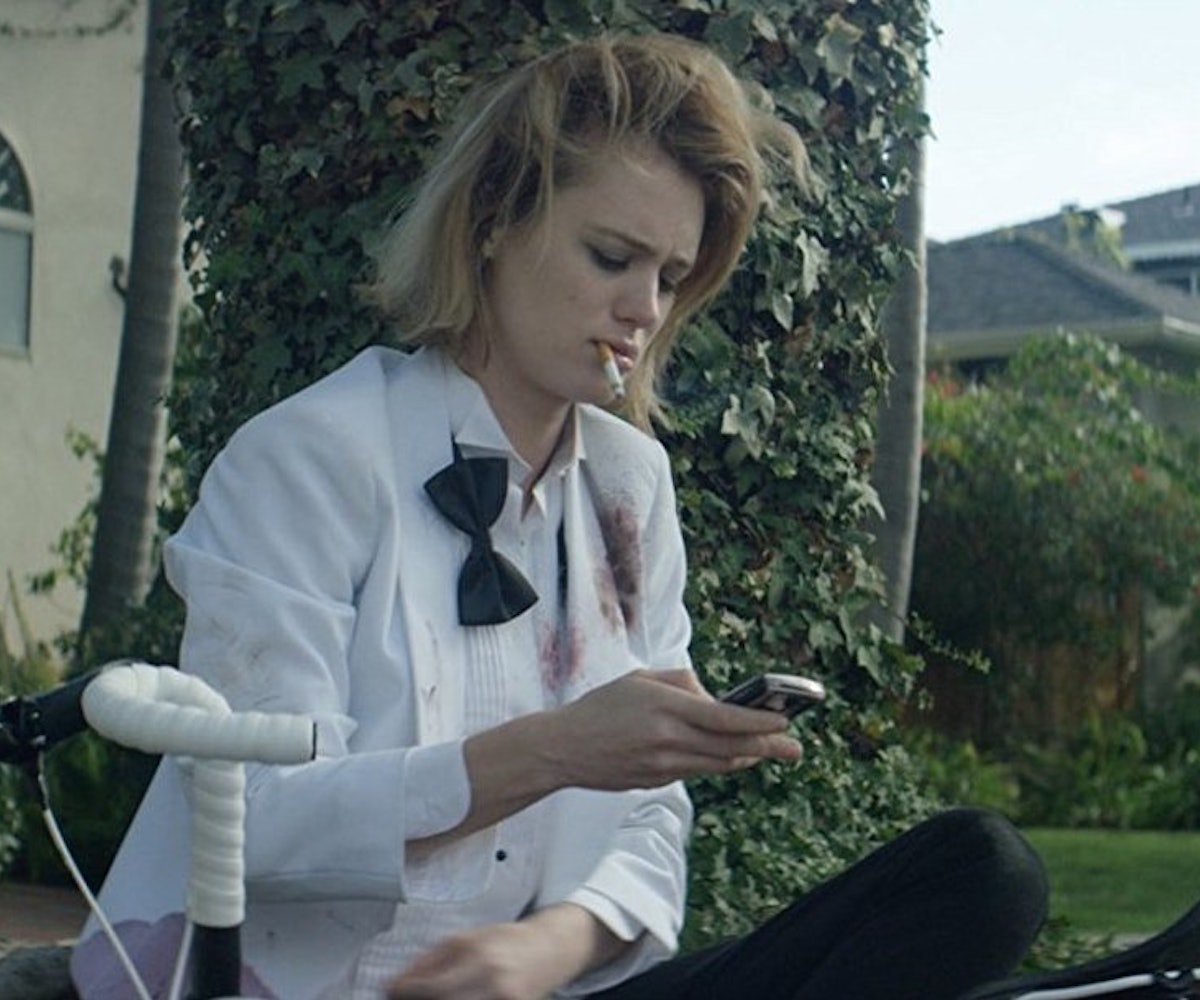 Christian Papierniak’s feature-length debut Izzy Gets the F*ck Across Town makes its intentions clear within the first 15 minutes of the movie. The premise is simple: Izzy (Mackenzie Davis), a flaky narcissist haunted by a lot of “should haves” and a propensity for destructive behavior, hears that her ex, Roger, is getting married. But not just to anyone. He’s getting hitched to Whitney, her former best friend; he'd started dating Whitney after he and Izzy finally decided to put an end to their tumultuous, dead-end relationship. But then Izzy decides—in a hungover rage—to embark on the classic romantic movie quest: She’s going to crash her ex's engagement party.

It’s not quite Wedding Crashers-levels of fuckery, but there’s nothing quite like hinging a movie on an attempt to sabotage an ex’s engagement, an act that's not just sad but also remarkably selfish. But perhaps that’s what makes the movie so relatable. Everyone in Izzy is only looking out for themselves—which is exactly what we're told to do when it comes to matters of the heart.

As a culture, we tend to romanticize over-the-top gestures, whether it's proposing on a Jumbotron or being the one to speak up instead of forever-holding-your-peace. And yet these moves aren't merely love-fueled, they're usually immature, manipulative, and just plain awkward. And they condition us to believe that grandiose gestures are intrinsic to true love, when they really have little to do with building the kind of healthy, stable interpersonal dynamic that is emotionally fulfilling for all parties involved.

Luckily, Izzy subverts this common narrative and, instead, condemns this type of "romantic" thinking, and offers a conclusion that rests on the realization that desperate gestures are symptoms of a bad relationship. It's the perfect reminder that toxic, aggressive intimacy is something to which you should never want to say "I do."

Izzy Gets the F*ck Across Town is in theaters now.