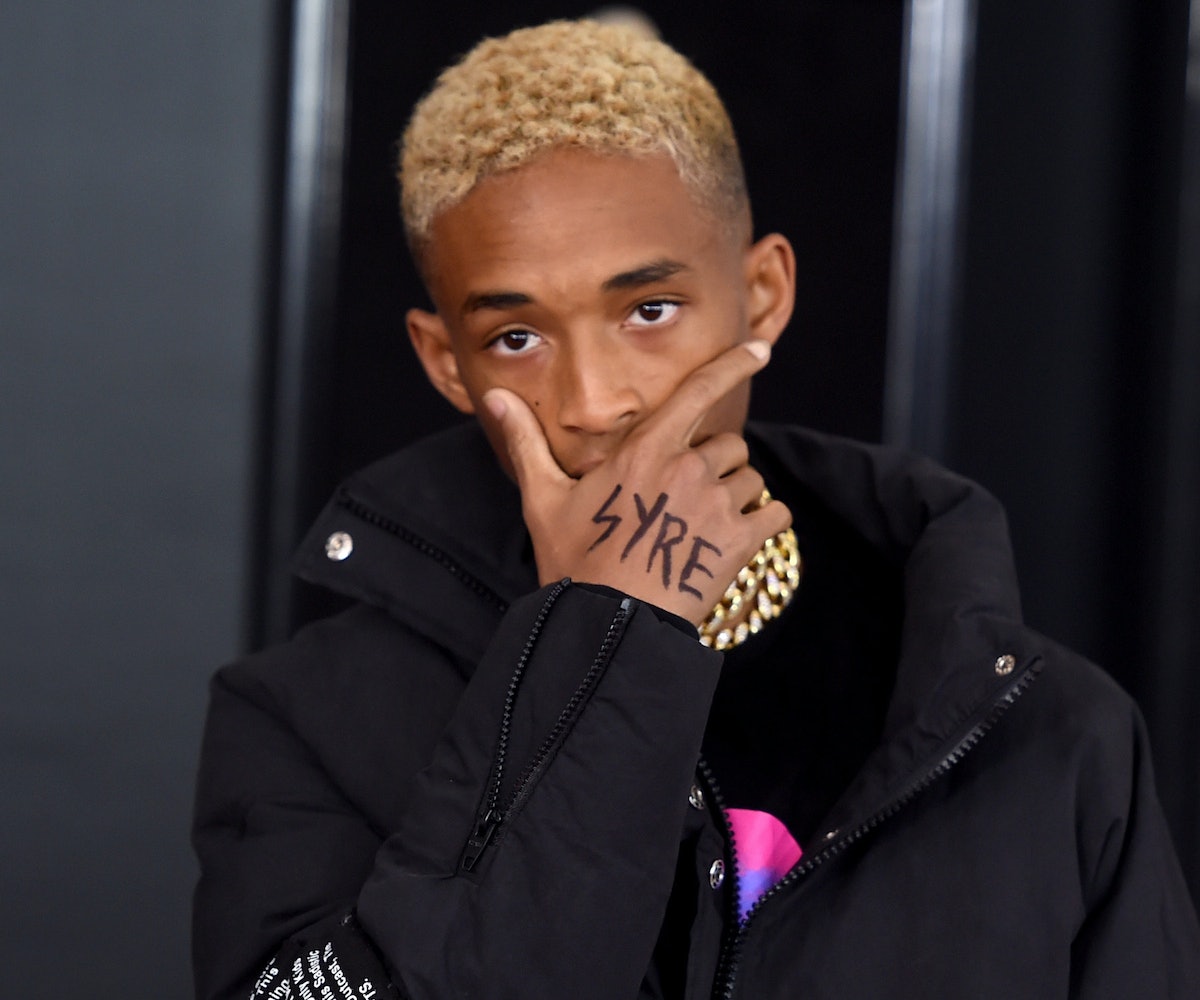 Jaden Smith has just revealed that his relationships with Drake, Kanye West, and Donald Glover have changed dramatically since he found his own success on the charts.

“[My relationship with Drake, Kanye, and Donald Glover has] really changed,” Smith told Complex. “I always felt like Little Homie before and that allowed me in all of their circles. But now that I’m on the charts next to them, I’m not really Little Homie anymore.”

This all comes on the heels of the release of his debut studio album, SYRE, which went to number 24 on the Billboard 200 chart and has become a viral sensation, with almost 100 million streams on Spotify. And while most, like the interviewer, would initially interpret the change in his interpersonal relationships as a sort of "acceptance" on the part of his peers, Smith thinks otherwise.

"No, it’s more like, 'You can’t hang out with us anymore. We didn’t know you were making an album this whole time. We thought you were just Little Homie giving us free water and shit. You’re not really cool with us anymore,'" he said.

That said, it seems like Jaden is plenty busy with a forthcoming fashion collection, movie, and his efforts, alongside dad Will Smith, to better the environment. "It’s been such a breath of fresh air to show people this side of us," he said. "This is not us trying to promote a new movie or new album. This is us trying to help the world and educate people by making them aware of the harm they’re doing."

NEXT UP
Culture
Kaia Gerber Won’t Stop Until She’s Cast As Patti Smith In A Biopic
Entertainment
Ebony Riley's "Deuce Deuce" & 9 Other New Songs Out This Week
Entertainment
Beyoncé Is Now The Most Awarded Artist In Grammy History
Entertainment
Harry Styles' "As It Was" Grammy Performance Featured A Silver Tinsel Onesie
Style + Culture, delivered straight to your inbox.