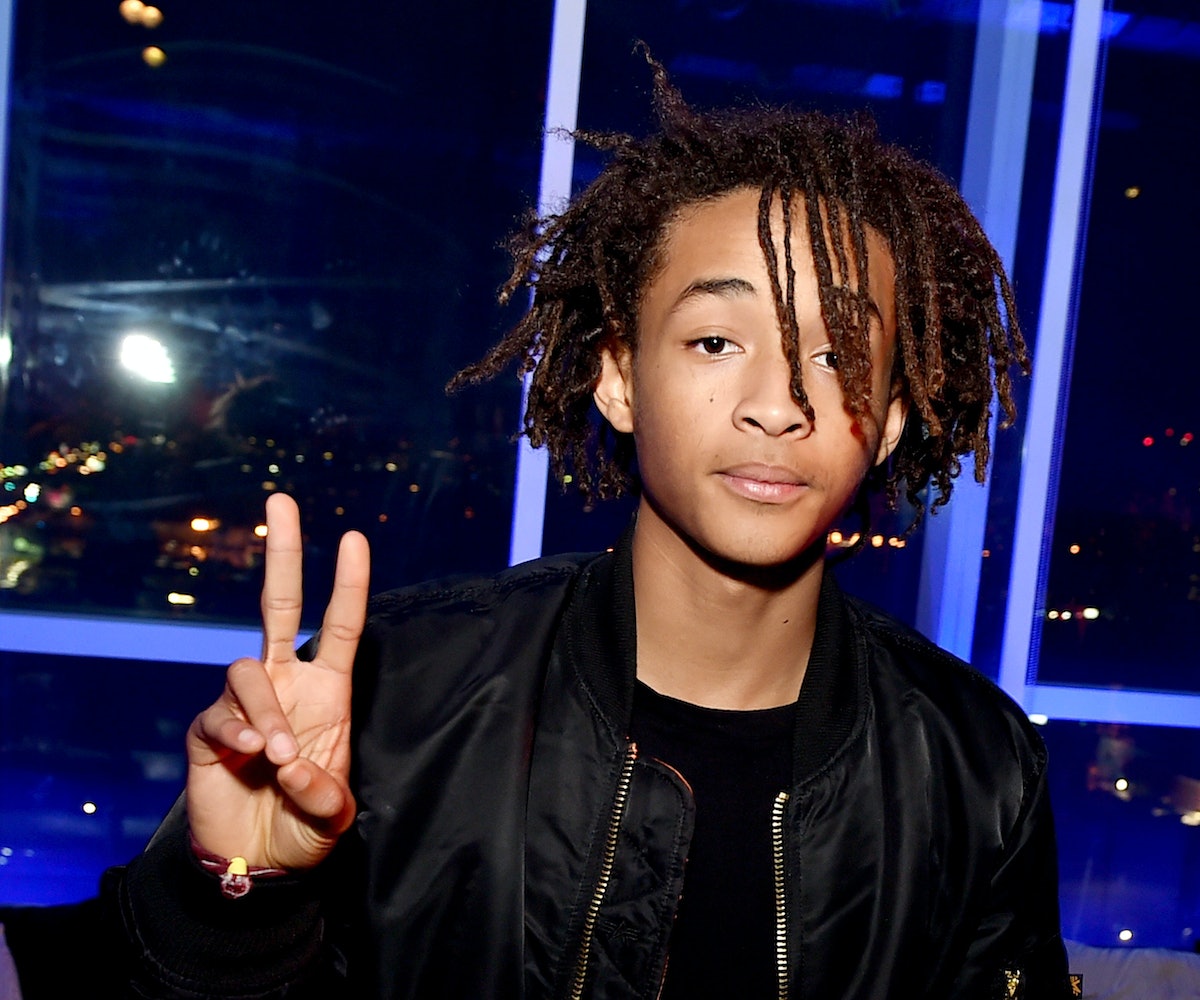 Jaden Smith is all about pushing boundaries, whether he's discussing the secrets of the universe or looking fly wearing a dress and flower crown at Coachella. His beyond-his-years wisdom, which once spouted freely from his now-deleted Twitter, made us wish we could get a glimpse inside of his sixteen-year-old mind, but alas, instead we must accept Smith as the mystery he has made himself to be. But still, he is a teenager and so he must do what teenagers do, albeit in his own, incredibly unique way. So he wore a superhero suit to prom.

Admittedly, this is not the first time that Smith has donned an eccentric look for a black tie affair; he whipped out a similar white Batman getup for the Kimye wedding, mask and all. This time, the actor/rapper/enigma elected for a double-suited look, wearing a white blazer over his supersuit to complement his date Mecca Kalani's elegant white lace gown. The two made for an otherworldly, unquestionablly chic prom couple.