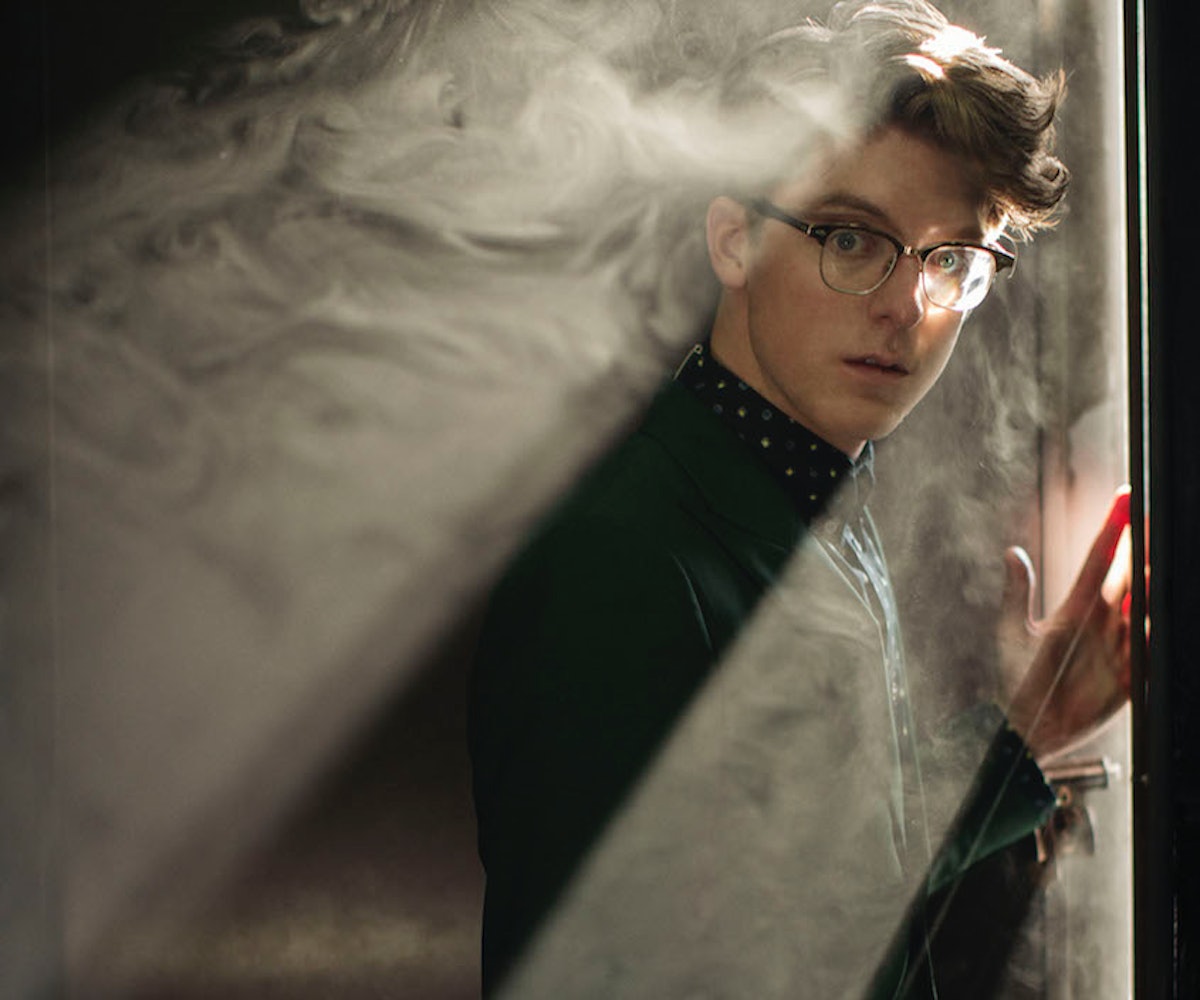 There are a lot of buzzy artists on our radar, but few are as endearing as Jake Troth. The 25-year-old Savannah College of Art and Design alum is quickly rising on the merits of his amiable indie-pop singles, songs that have earned him a deal with Atlantic Records, a slew of late-night TV spots, and collaborations with acts all over the music map—from Big Boi to Alex Goose and to Jennifer Lopez.

This success is perhaps what pushed Troth to make Double Black Diamond, a 15-minute film that strings together his released songs into one long music video, premiering right here.

Double Black Diamond, which was co-written by Troth and director Stewart Yost, tells the story of Jake and Ansa, a journalist who gets caught in a love affair with the musician after appearing by his bedside with a short explanation: "I'm here to document your rise to fame."

The story that follows is a cheeky take on the "media circus" surrounding an artist in the throes of fame. Before you watch the short film, read our interview with Troth about the inspiration behind it all, below.

When did you get the idea to make a film that coincides with your music? How long has the project been in the works?

I had the idea to make a fake movie trailer in 2010 but didn't have any music to actually inspire any kind of story. Eventually, in 2013, I had enough material to begin writing a script with Stewart Yost—so that's when Double Black Diamond started to take shape. It went from fake movie trailer to short film to long-form music video in a matter of months.

How much of this film has been your real experience with media surrounding your music's popularity, and how much was embellishment?

When we wrote the piece, I hadn't had any experience promoting my work. So it was all coming from a daydream place. I knew that actors had a hard time answering the same questions all day when doing promotion, and so I wanted to put myself in that uncomfortable space. I wanted to explore the side of the job I hadn't experienced yet, I guess, maybe to prepare myself for this.

How did you choose the songs to go in the film?

The film was written based on the songs, like a music video. I tried to write each scene so that it interacted with the lyrics of its corresponding song. Like how the scene with "On My Way" is the first time I’m in front of a camera. It was a fun challenge working backwards for a change.

What other roles did you play in the making of the short film? Would you like to continue dabbling in film in the future?

I co-wrote it with Stew, acted in it, and also did all the post sound and music supervision. I love film and putting music to picture, so I'm sure I'll dabble again soon.

Your educational background is in fashion. Is that something you still like to pursue?

Fashion is beautiful but it's too trend oriented and wasteful for me to do for a living right now. It's getting a lot greener these days, though.  Music has become so streamable so I feel much better about it being what I give to the world. Fashion is fun to play with, but I feel like my songs can tell you so much more about who I am than my jumper ever could.