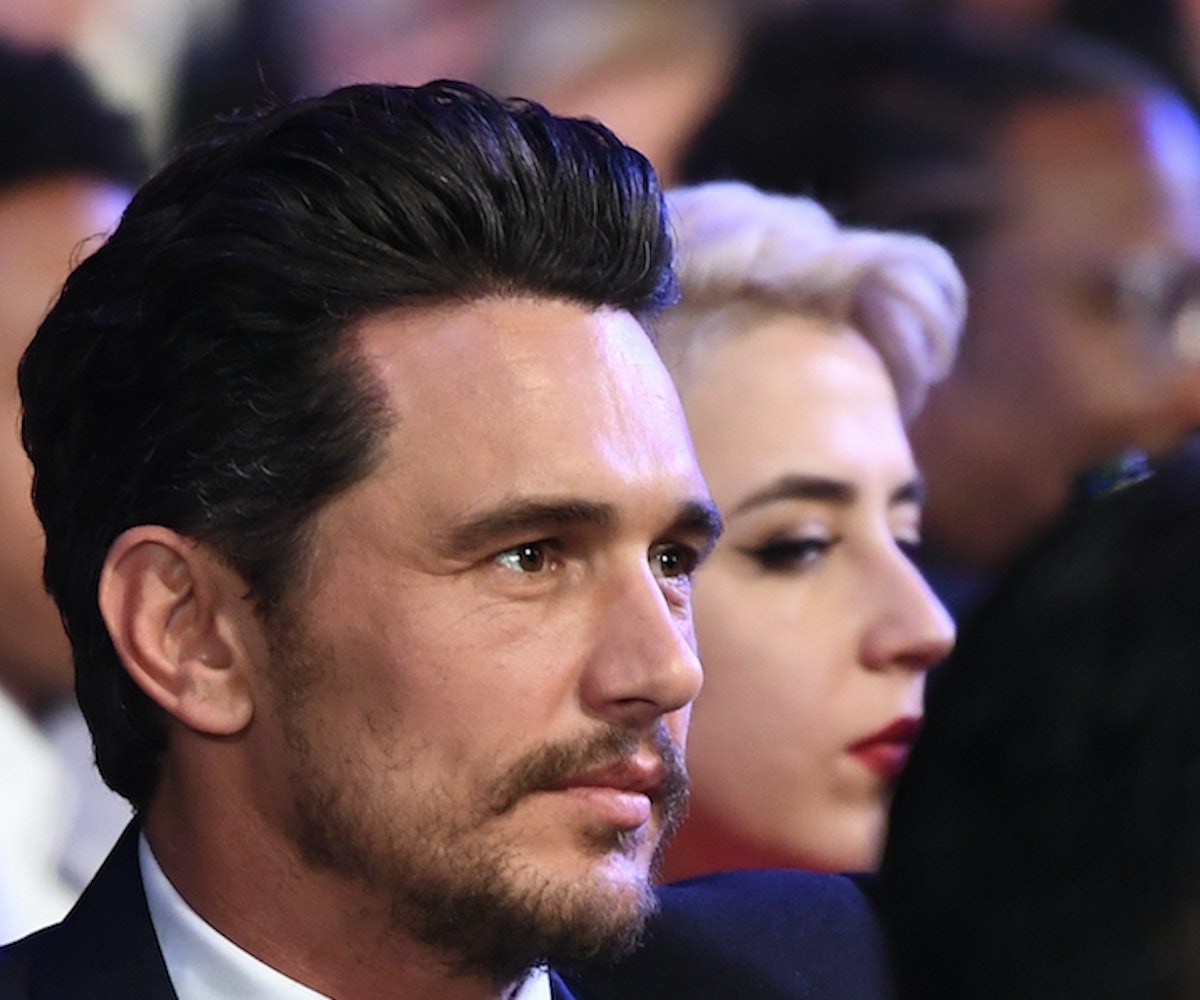 According to one man in Los Angeles, James Franco is a "great role model."

The Blast reports that one "grateful guy" wrote a letter to the actor on the website GreatRoleModels.com, citing Franco as the reason for his sobriety. Part of his letter was then printed on a billboard in L.A., which you can see here.

"Dear James Franco, You’re a great role model," the billboard reads. "You inspired me to get sober. My life has been great! I honorably wear my pin too! I love you man."

On the site, the letter referenced the accusations of sexual misconduct leveled at Franco. The man stated that he doesn't believe that he is among the list of "many men that have done horrible things to women."

“I do appreciate that the many men that have done horrible things to women are being stopped," he wrote. "I don’t believe you belong among this group of men. There are a couple of other guys that have been pulled in that I don’t believe belong either.” Okayyy.

The Blast also notes that the site has another letter thanking James' mother, Betsy. It's unclear whether or not Franco knows the anonymous writer.