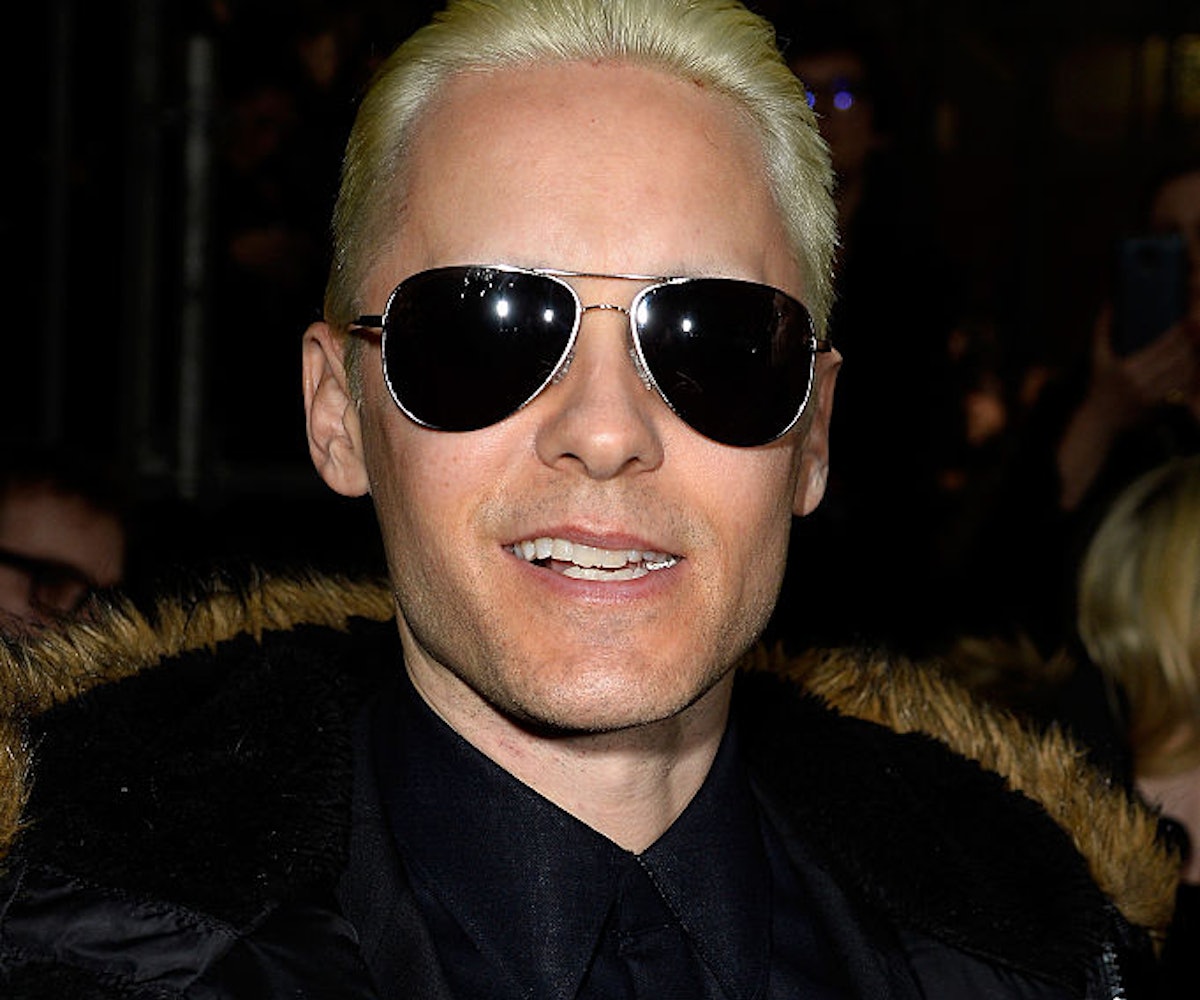 Jared Leto, the actor behind such cultural icons as the Joker and Jordan Catalano, will soon have the role of another cultural icon under his belt: Andy Warhol. The Hollywood Reporter disclosed today that Leto is set to portray the artist in a biopic titled Warhol, which he will also co-produce along with Hollywood heavyweights Michael De Luca and Terence Winter. The screenplay will be written by Winter (who also wrote Wolf of Wall Street) and, THR reports, will be "using the Victor Bockris 1989 book, Warhol: The Biography, as a jumping-off point."

Warhol, of course, gained worldwide renown for his art, which managed to be both wholly commercial and subversive, often serving as a commentary on said qualities; but he was also infamous for the cult of personality which he fostered throughout his career, notably at his infamous New York City art space, The Factory, and the many, similarly legendary people who gathered around him throughout his life.

There have been many actors who have played Warhol in the last few decades; of particular note are the performances by Crispin Glover in The Doors, Guy Pearce in Factory Girl, Jared Harris in I Shot Andy Warhol, and, of course, David Bowie in Basquiat.

The fact that Leto is joining this grand tradition is hardly surprising; he's not afraid of playing cultural heroes and is clearly up for a challenge. However, it remains to be seen whether or not audiences will embrace this portrayal; fans of Leto's Joker appear to be few and far between, and Warhol is idolized by countless people. Beyond that, Leto has received some criticism in the past for his Oscar-winning portrayal of a trans woman in Dallas Buyers Club, and there will doubtless be many eyes on his characterization of Warhol, who is a gay icon. It's impossible to say yet whether this movie will be the end of Leto's 15 minutes, but the clock certainly does seem to be ticking.