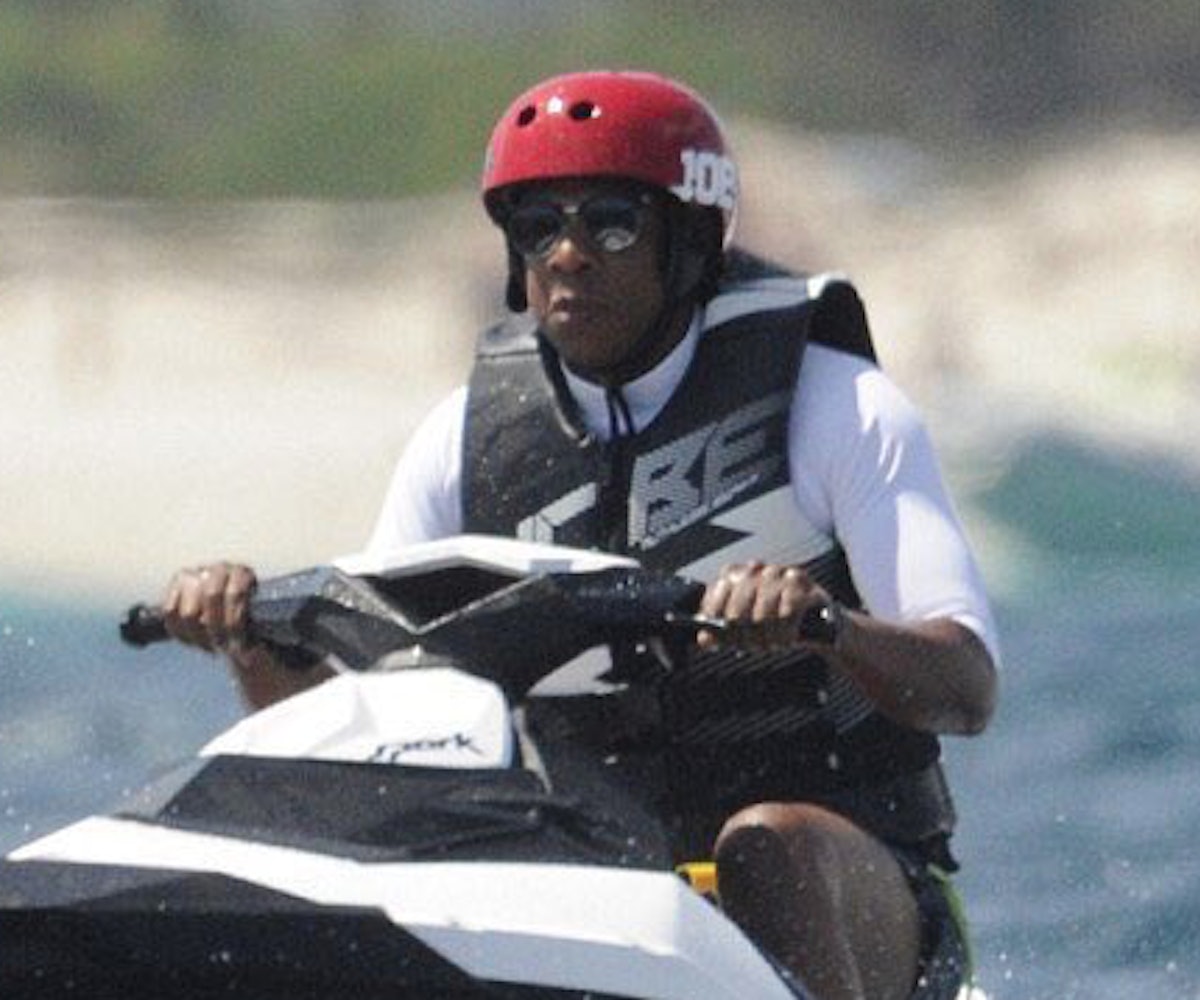 Step aside, Fake Woke Drake—the Internet's new favorite meme is here, and it's all about Jay-Z on a jet ski.

A few days ago, old photos of Jay on vacation with Beyoncé in 2016 hit the Internet, and people could not get enough of it. The rapper, who was photographed sporting a helmet and a very serious facial expression while riding a jet ski resonated on many levels for fans, who subsequently turned the photo into the Meme Of The Summer™.

For example, many thought that the rapper strongly resembled The Incredibles character Edna Mode.

While some thought he looked like their current life mood.

Some found it necessary to note the hilarity of seeing Jay in what appears to be a bike helmet on the jet ski.

TFW someone's trying to get at your girl.

There were also these timeless gems: