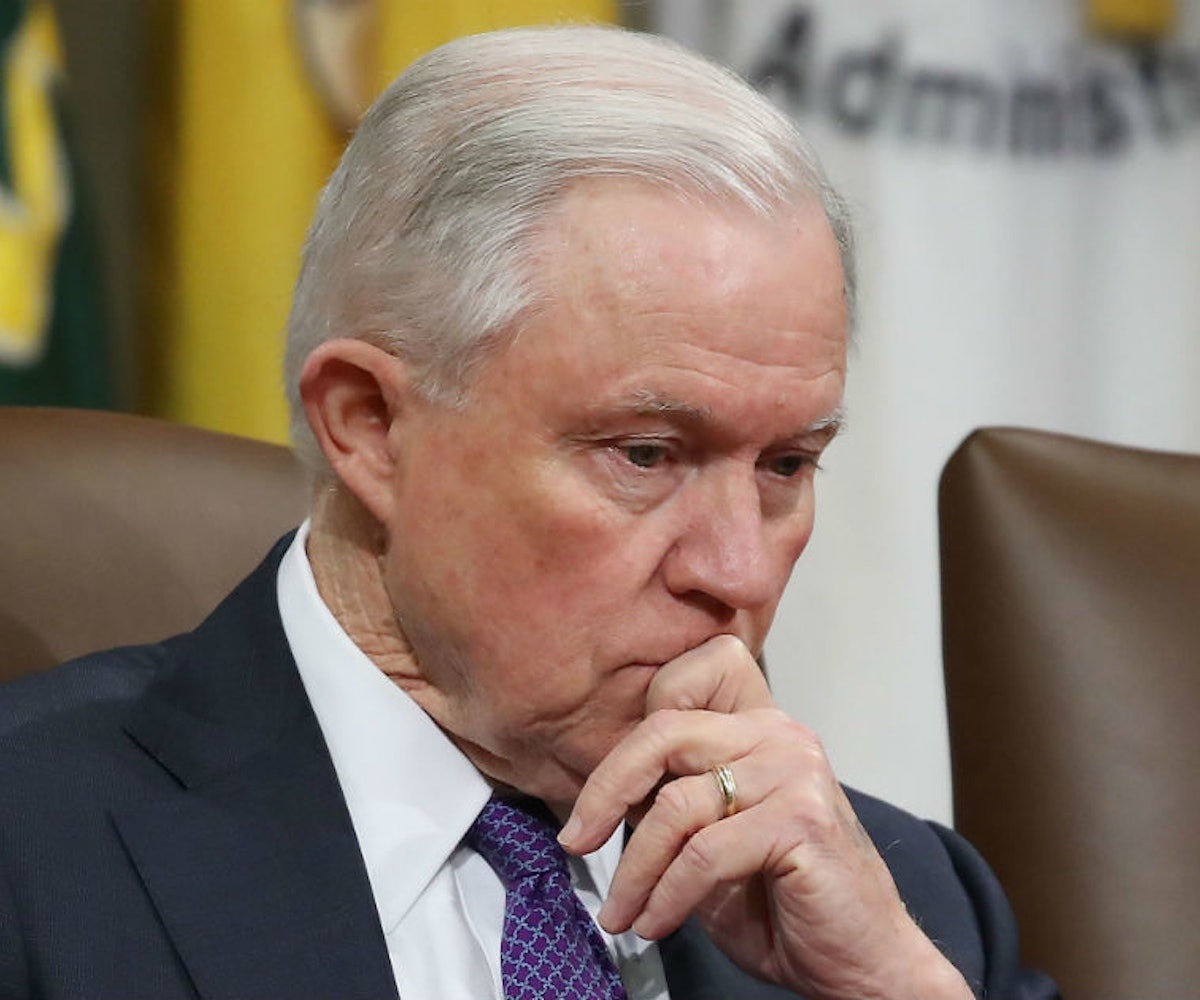 The Democrats won control of the House, women of color are making political history left and right, and attorney general Jeff Sessions has just resigned—at the request of the president. A wild Wednesday indeed!

Sessions' just-released resignation letter to Trump reads: “At your request, I am submitting my resignation." The whole "at your request" thing is, of course, a not-so-coded way of saying he was fired. Sessions goes on to list the “accomplishments” and “results” he and his team have overseen during his tenure, before concluding, “I have been honored to serve as Attorney General and have worked to implement the law enforcement agenda based on the rule of law that formed a central part of your campaign for the Presidency." Sessions’ chief of staff, Matthew Whitaker, will be the new acting attorney general. A permanent replacement will be nominated at a later date.

Trump firing Sessions the day after midterms likely isn’t something done on the spur of the moment; the two have had issues ever since the Russia investigation, and now that there are more Republicans in the Senate, Trump probably thinks he can get another AG confirmed that much more quickly. And, as one Twitter user put it, Trump is also probably scared of what Democrats will do in the coming months. And, well, he should be. It seems like his son Don Jr. is probably going to be indicted by the Mueller investigation any day now.

Now, as for Sessions, let’s all make sure we laugh loudly and proudly in his face the next time we see him in public. Of course, he might be hard to find for a while, as those Keebler cookies don't just make themselves.