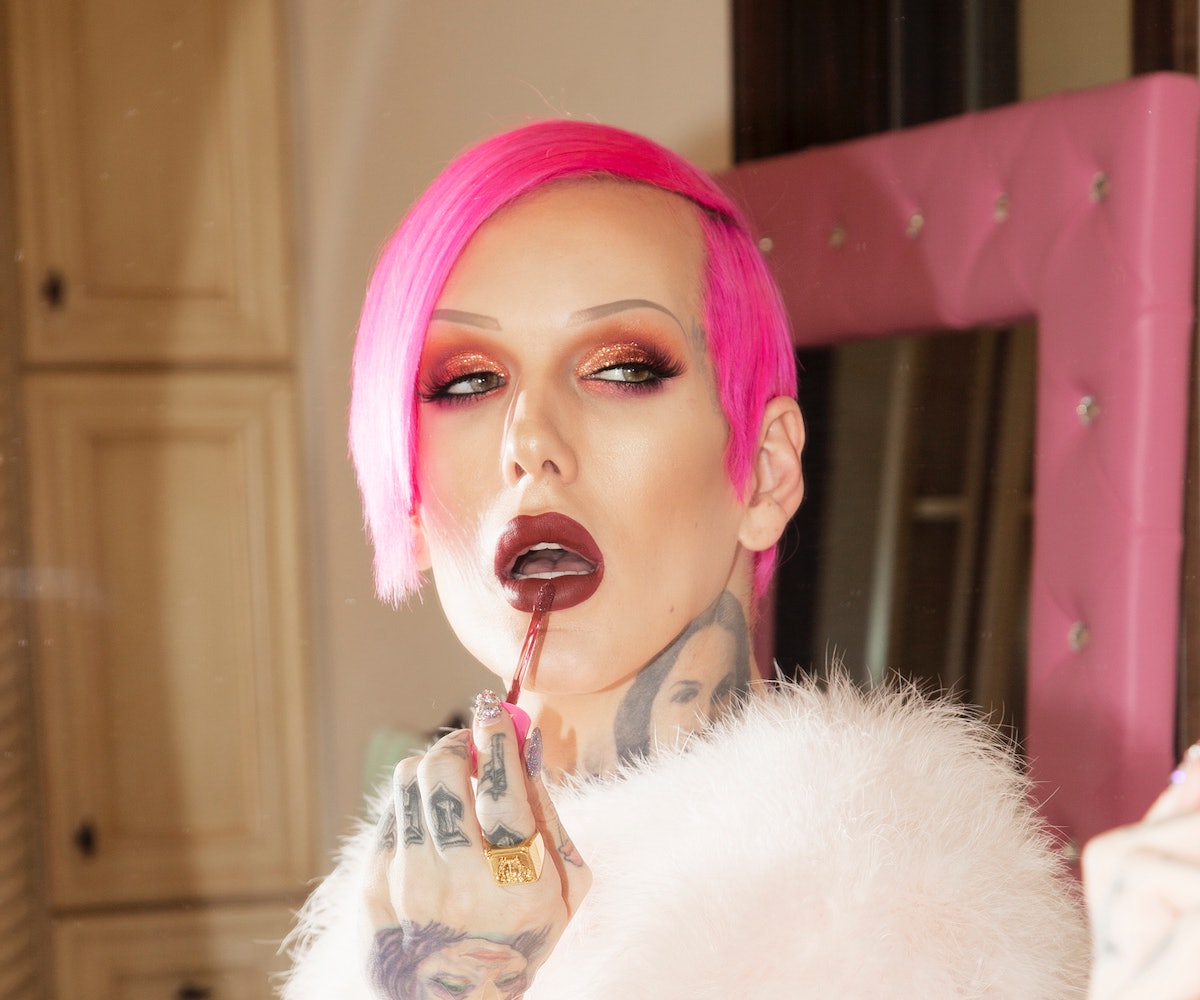 From international Myspace fame to building his own beauty empire with a cult-worthy cosmetics line and a burgeoning YouTube channel, Jeffree Star spills his secrets to Internet immortality.

When did you start wearing makeup?

When I was 12 years old. My mom had this big makeup tower in her bathroom that I would play with. I’ll never forget the first thing I picked out. It was this red shadow that I put on my eyes and thought looked really cool. I kept that secret until 10th grade, and then I started wearing makeup to school. I used to be really shy, and I think something happened in my brain where I was like, “All right, I don’t care anymore. I’m just going to be myself.” So I went to school wearing eyeliner and eye shadow and they called my mom, telling her it was a distraction. My mom fought the school and I got to wear makeup every day.

Who or what inspired your beauty looks back then?

I loved fashion magazines. I would see ads for Marc Jacobs and Louis Vuitton with models in avant-garde makeup looks, so I started recreating them—which of course back then was an awful recreation, but I tried. There weren’t any crazy makeup icons for me though. I didn’t even know about guys wearing makeup, like David Bowie and Boy George. When I was really young I wasn’t into that—I was into Britney Spears.

Let’s talk about Myspace, the Vans Warped Tour, and your music career.

“We Want Cunt” was the first song I ever recorded. I leave that stuff on iTunes because there are so many new fans and we’re in a whole different “Instagram generation” now. It’s funny because it feels like yesterday I was doing all that, but it was almost 10 years ago. In 2007 I put out an EP of songs I made—I was rapping and talking really filthy and all of a sudden it had 100 million plays on Myspace. I never dreamt of being a pop star or being on stage—makeup was always my true passion. Then I was doing the Vans Warped Tour and it just spiraled into something I never imagined. The makeup took a backseat for like, seven years, but now I’m getting back to my real true love.

That’s so interesting because I feel like you’ve always existed online in a really strong way.

It’s crazy. I call myself—I’m not old or anything—but I call myself the “Internet dinosaur” [laughs], because I’ve always adapted and morphed myself with the times. I can’t believe I just turned 30. I feel like I was just 19, singing “We Want Cunt” on Myspace.

Click through the gallery to read the rest of the interview.