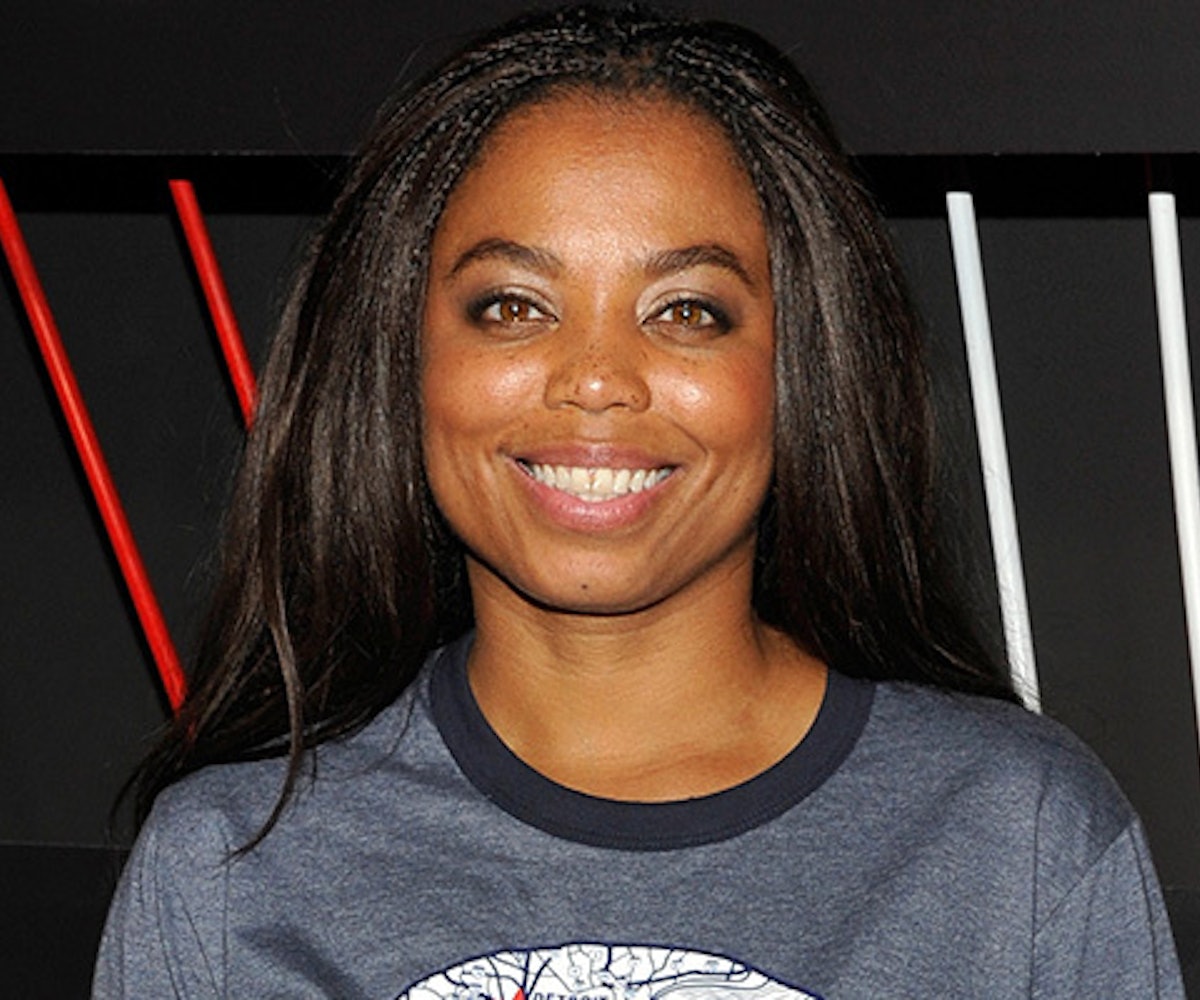 ESPN host Jemele Hill has been suspended from work for two weeks after suggesting fans boycott the Cowboys' advertisers after the owner, Jerry Jones, said he'd bench anyone who participated in the "take a knee" protest. In a statement, the network called this Hill's "second violation of our social media guidelines." Last month, Hill tweeted that Donald Trump is a white supremacist, prompting the White House to suggest she be fired.

Colin Kaepernick started taking a knee during the national anthem last year to protest police brutality and the lack of accountability for cops who kill unarmed black people. Since Trump drew attention to Kaepernick's protest last month, more players have started to participate. On Sunday, two Dallas Cowboys raised their fists after the national anthem, which prompted Jones to threaten players, telling them they'd be benched if they protested the anthem.

"Jerry Jones also has created a problem for his players, specifically the black ones," Hill tweeted, following the news of Jones' comments. "If they don't kneel, some will see them as sellouts." Hill saw this as Jones forcing the players to choose "football over the community they represent."

After someone suggested that the starters on the team take a knee in protest, Hill said Cowboys fans should take matters into their own hands and boycott the team's sponsors. "Change happens when advertisers are impacted," Hill tweeted. "If you feel strongly about JJ's statement, boycott his advertisers."

The following afternoon, ESPN announced it was suspending Hill. While they didn't call out the tweets specifically, outlets are reporting that they are the cause. People are, rightfully, outraged. Just last month, the president suggested boycotting the NFL due to Kaepernick's protest, and that was okay, but when Hill does it, it's a punishable offense.

Tuesday morning, Trump tweeted that ESPN's ratings have "tanked" due to Hill specifically, which is just as dumb as anything else that's ever come out of that man's mouth.

A lot of people think that ESPN's suspension of Hill will look much worse for the network than her tweets about boycotting the Cowboys' advertisers. It also shows that ESPN's loyalty lies with the NFL and not its employees.

It's truly remarkable that a woman can be suspended from her job as a TV anchor for tweeting her opinion and the president of the United States can be accused of sexually assaulting 15 women, be caught on tape talking about grabbing women by the pussy, and tweet GIFs of physically assaulting former Secretary of State Hillary Clinton and still have his job. We need to set the bar a lot higher for the leader of the free world.

NEXT UP
Entertainment
Brendon Urie Officially Disbands Panic! At The Disco
Fashion
Collina Strada & Vans Team Up For A Chiller-Friendly Collection
Astrology
How to Use Astrology to Access Past Lives
Culture
Phoebe Dynevor Will Not Return for Bridgerton Season 3
Style + Culture, delivered straight to your inbox.