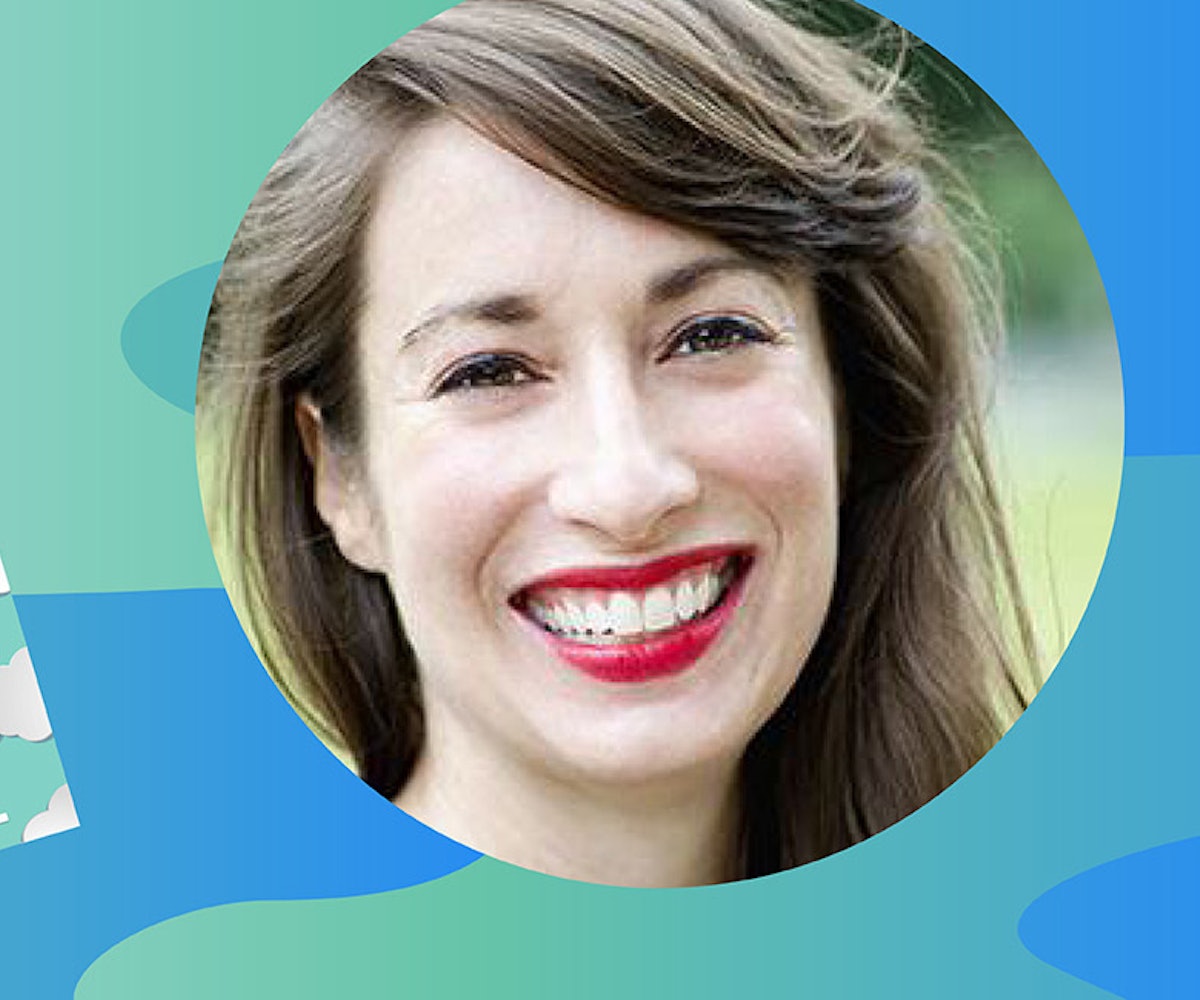 "There was a kind of home in them," Jen Doll tells me, explaining what she found so appealing about reading YA novels as a teenager. "But, at the same time, that home isn't just like fluffy clouds around you—home is a place that's dynamic; it changes, and it can challenge you."

We've met on a hot, humid afternoon, the kind of sticky August day that makes you want to go back to your teenage years, back when you could spend the simultaneously fleeting and endless hours of summer vacation with friends; those were the days when nothing much seemed to happen, when you were always bored, but when it also became clear that you were no longer waiting for life to happen—this was it; this was life. So what did you want to do with it?

It's a time that's proven fertile ground for novelists (and filmmakers and television writers, etc), because of its potential to turn, in a moment, from a period of stagnation into one of kinetic energy, and now Doll has made her own contribution to the teenage-summer canon with her debut YA novel, Unclaimed Baggage. The book takes place in a small town in Alabama—not dissimilar to the one where Doll moved with her family when she was in fifth grade—and centers around the unlikely friendship of Doris, Nell, and Grant, who work together at Unclaimed Baggage, a store that sells the luggage (along with all the luggage's contents) that's been lost by airlines. (And, yes, there are real stores like this.) Much like Doll once was, Nell is a reluctant recent arrival from Chicago, but she quickly bonds with Doris, one of the few liberal, areligious, feminists in town; the two also become close with Grant, a disgraced former star quarterback, who is quietly struggling with alcoholism. They're exactly the kind of unlikely trio who wind up making perfect sense together, and who benefit from one another's different perspectives, which enable them to become more fully who they're supposed to be.

As is the case with many recent YA novels, Unclaimed Baggage doesn't shy away from grappling with complicated topics; in addition to Grant's addiction issues, Doll explores topics like racism, sexual assault, grief, and religious bigotry, and she does so with grace and empathy (and humor), always sensitive to the gravity of the situations at hand, but acknowledging the resilience and intelligence of teenagers, making clear that, though they're young, they're able to rise to the challenge of these serious problems.

Doll feels, though, that this is reflective of the way young adults actually are in the world today, saying, "Teenagers now have such a responsibility, and have so many challenges in life." But she also points out that they "are the ones who are, like, saving the world—and we're the asshole adults who are fucking everything up."

Fucked up as things may be, one way adults can help younger generations is by making art that reflects society's problems, but also demonstrates an alternative to despair. Doll says, "It's weird, but it's almost like I have a duty to my old self to create something that would be what would have helped me move forward as a teenager, and that would challenge me, but also put me in a place where I could safely feel challenged."

This last part is significant, and offers an interesting distinction between how YA and adult fiction differ; whereas, with the latter, authors feel free to challenge readers without necessarily taking care of them or considering their feelings, YA authors often write with a different type of empathy, a responsibility toward the fact that their readers should be taken care of, and treated as the still-forming people they are. Doll says that YA offers young readers "a place to think about all these ideas that if we were facing them in real life might [make us] feel really scared and uncomfortable. [So then] people who really are facing those things in real life, can also read about it in a book and have a way forward through it."

Doll pauses after saying this, and laughs, continuing, "I still feel, like, just as fraught and helpless, and... I don't know, just destroyed by what's happening in the world. But I think books—both writing them and reading them—are a way to cope with the absolute despair that surrounds us." She laughs again. "This sounds really dark! But I feel like we're like going through such a hard time as people, as a country, as a universe, and YA books, like adult books, give you space to think about these ideas and hopefully make yourself a better person."

Making yourself a better person can seem overwhelming no matter what your age, but, as adults, that concept is fraught because it's often considered in grand terms—like, how can we make society more equitable, how can we dismantle white supremacy and the patriarchy and the Trump administration, how can we change the whole world and start over. It can be overwhelming, then, because, as adults, we're all too aware about the ways in which things are bad on a structural level, and so we can't help but think about the big picture instead of smaller, more personal problems—and then we feel paralyzed, because we know how hard it will be to change the system.

Teens are different, though; in part this is because they haven't been fully disillusioned yet, and in part because everything is personal for them, and big issues are best understood through the lens of their own experience. And so while they might know that addiction is a pervasive problem, or that racism is a societal evil, they are better able to grapple with those things and try and figure out a way to enact change, because they see it head-on, in the form of their friend who blackout drinks every weekend or their boyfriend who is the target of bigotry.

Or, actually, maybe teens aren't different—it's actually pretty universal to better be able to understand a problem by seeing it from the point of view of a singular experience; it's the basis of making the personal into the political, after all. And that's what good YA does so well, and what Unclaimed Baggage is such a great example of: offering a singular narrative that gets to the heart of universal truths. In it, Doll unpacks the emotional baggage we all carry around (she laughs, saying, the sequel will be "intergalactic... about a cosmic baggage claim"), offering examples of, if not an easy way out of the difficulties that we face as we make our way in the world, at least the opportunity to see that there is a way through them—and that this way will also lead us to friends who can accompany us along on our journeys.

This is, Doll says, what she hopes to offer young readers who come to Unclaimed Baggage consumed by questions about whether or not their world will always feel as stagnant and swampy as a late August day. Because it can be hard to see that cooler temperatures are on the horizon, and that even if things don't always get better right away, they will always get different. And that's a lesson we can all—young or old—stand to learn. As Doll says not long before we both prepare to re-enter a city that feels as hot as the inside of someone's mouth, "The thing that is maybe most important to remind people is that your world doesn't always remain as small and tight as it is at one point in life." It opens up; it waits for you to claim what could be yours.