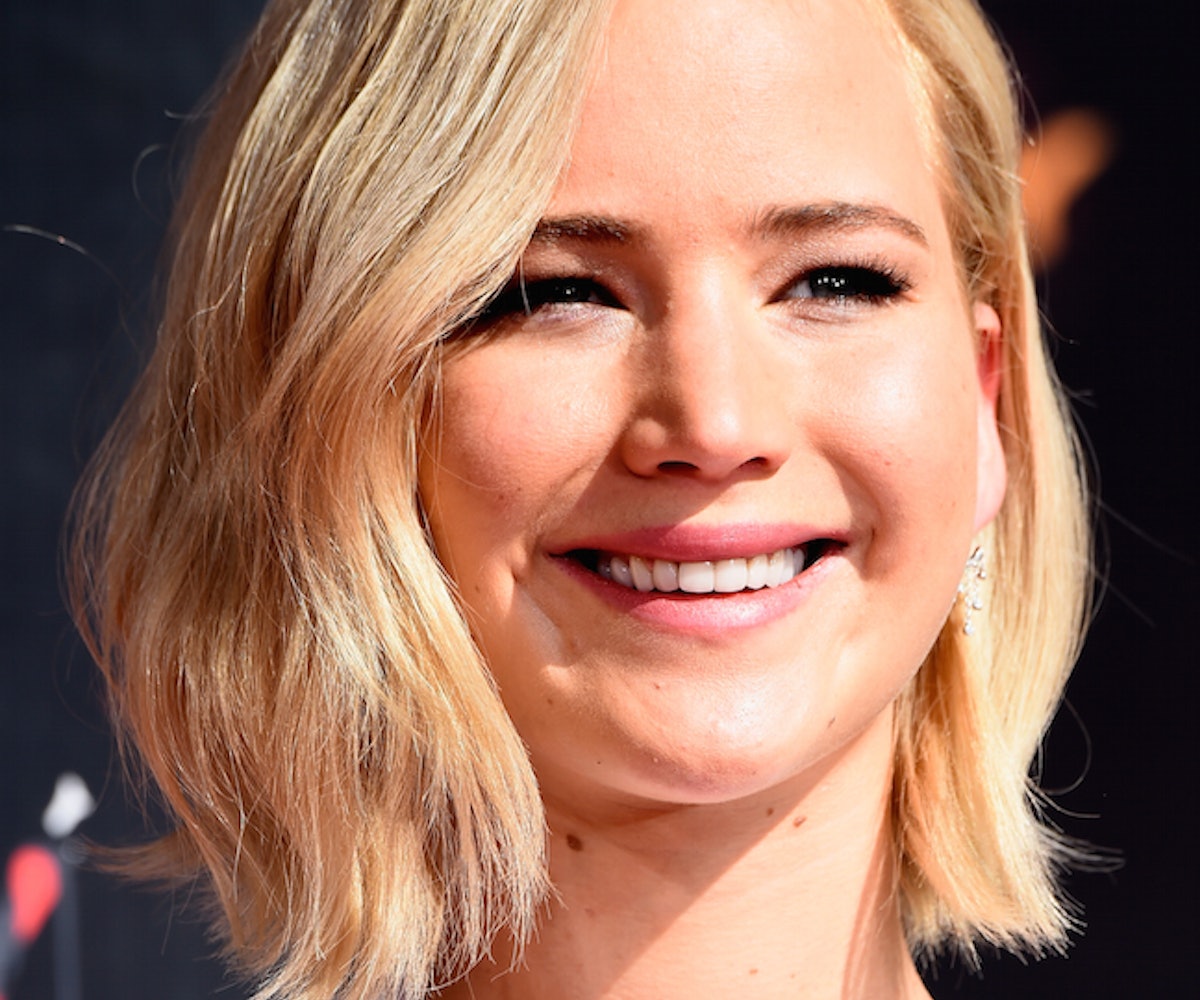 It is now a rule that any time either Jennifer Lawrence or Amy Schumer do an interview about anything at all, they must be asked about the movie they're making together. The trend began when JLaw first broke the news to the New York Times, and has continued through a series of subsequent interviews where the two newly-minted BFFs have been teasing us with bits of info in dribs and drabs. But all we really knew was that they'd be playing sisters in an obviously raunchy comedy that matched their senses of humor. That changed today, when Jennifer Lawrence spoke to Entertainment Tonight during her Hunger Games press tour and out-of-nowhere dropped the movie's plot and the sisters' dynamic. “Amy, in this movie, she has it very together," Lawrence said. "It’s her lifelong dream to be a flight attendant. She works at the airport. And I’m a mess, so…”

Yep. In their movie, Jennifer Lawrence will be the wild one, flipping audience expectations after Schumer perfected the role in Trainwreck. Makes sense to us! Lawrence also said that there aren't really any male roles in the movie, which means the love story will likely be a sisterly one, and she described a story that is now part of Hollywood lore—how the two came together to form this ultra friendship "I watched Trainwreck and I was like, ‘Yep, we’re made for each other,’ and then I reached out and everything just happened so quickly. We both have very similar senses of humor, obviously and aren’t afraid, which is a good and bad thing, because I don’t know what our movie will be rated. And we’re both very blunt. So we’ve gotten through a really strenuous process without ever fighting, because we’re both very straightforward.”

The only question that remains is do we start calling them Jamy or Amyffer?