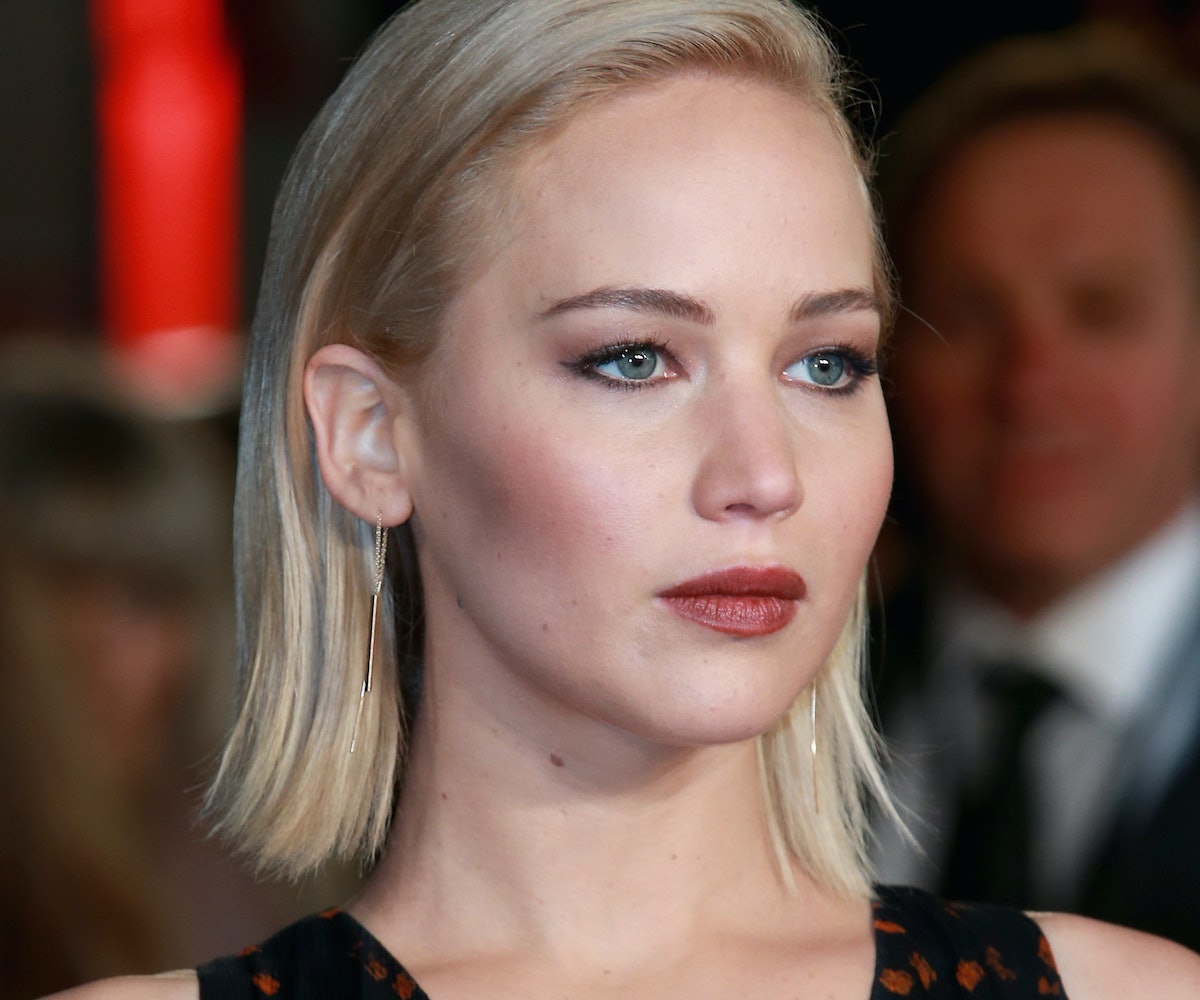 You knew Jennifer Lawrence's final Hunger Games press tour was going to produce Internet gold, but not even we saw this one coming. Yesterday, JLaw posted a video to her Facebook from her hotel bathroom in Paris, in an attempt to get people to stop asking if she really doesn't wash her hands after going to the bathroom. You might remember that last month, in an interview where she also shoved eight marshmallows into her mouth, Lawrence also made a crack during a game of Truth or Dare about not washing her hands after using the bathroom. Apparently the media has been hounding her about it ever since, and Lawrence, who rarely addresses anything online—unless it's a thoughtful essay in Lena Dunham's newsletter—finally cracked.