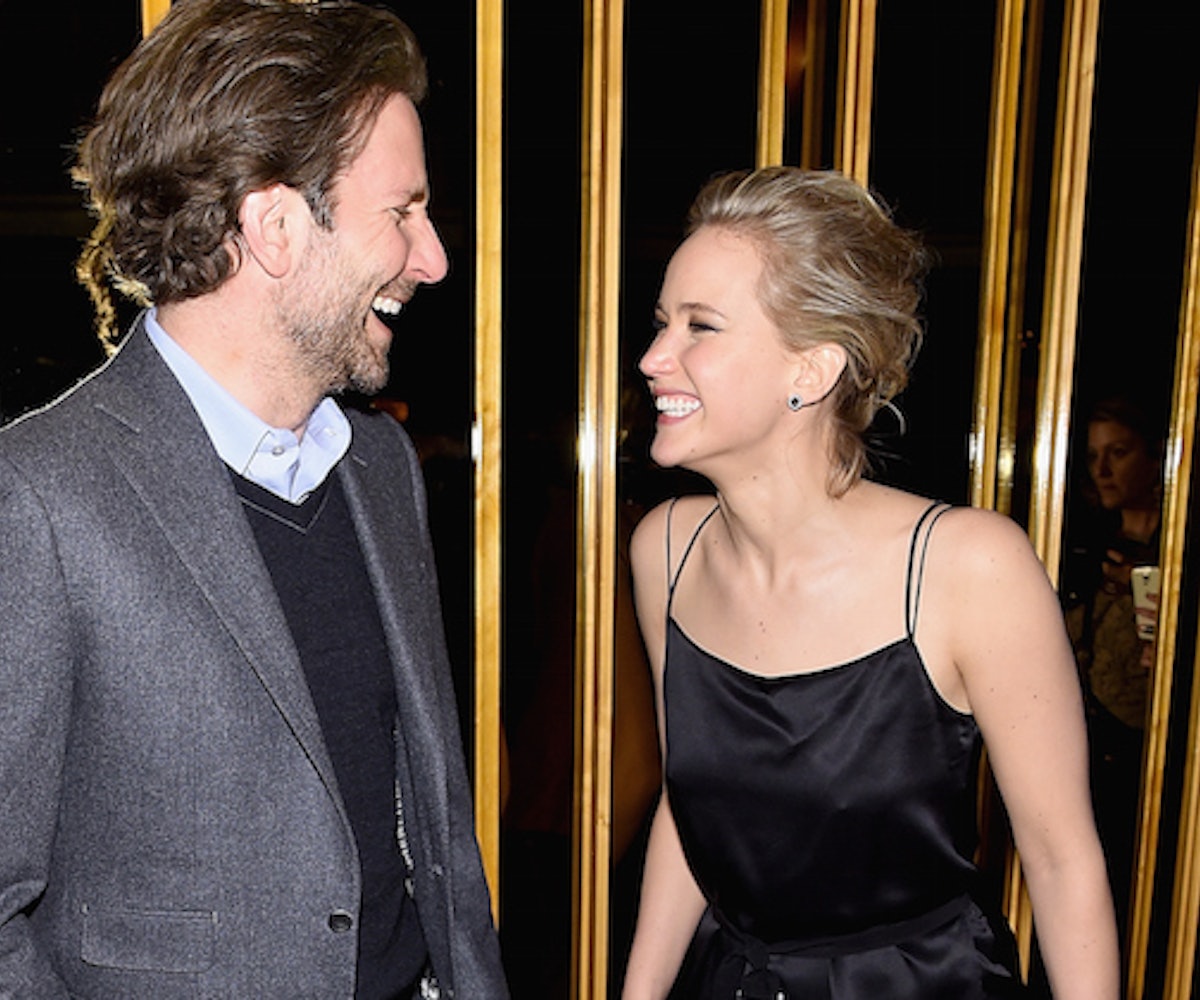 Yes, in an interview with the UK’s KISS FM, Lawrence opened up not only on her new film, Joy, but on working with Cooper and his much-loved butt. Said Lawrence about practicing her scenes with Cooper for Silver Linings Playbook, “When we were doing our dance lessons together, I'm pretty sure he sweats from his butt first.” Wow. Okay.

Despite the fact that no one really needed to know that, Lawrence continued. “You know, you've got pit stains everywhere,” she said, “but, like, his butt would start sweating and I'm like, ‘Is your butt sweating before your armpits are sweating?’”

And now we know that Bradley Cooper, heteronormative sex symbol and Oscar-nominated performer, has a tendency to perspire from his posterior quite quickly during strenuous physical activity. We’ve also learned that, if you do something embarrassing in front of Jennifer Lawrence, it will eventually wind up in a highly public forum. Be wary of her (and Bradley Cooper's sweaty butt.)