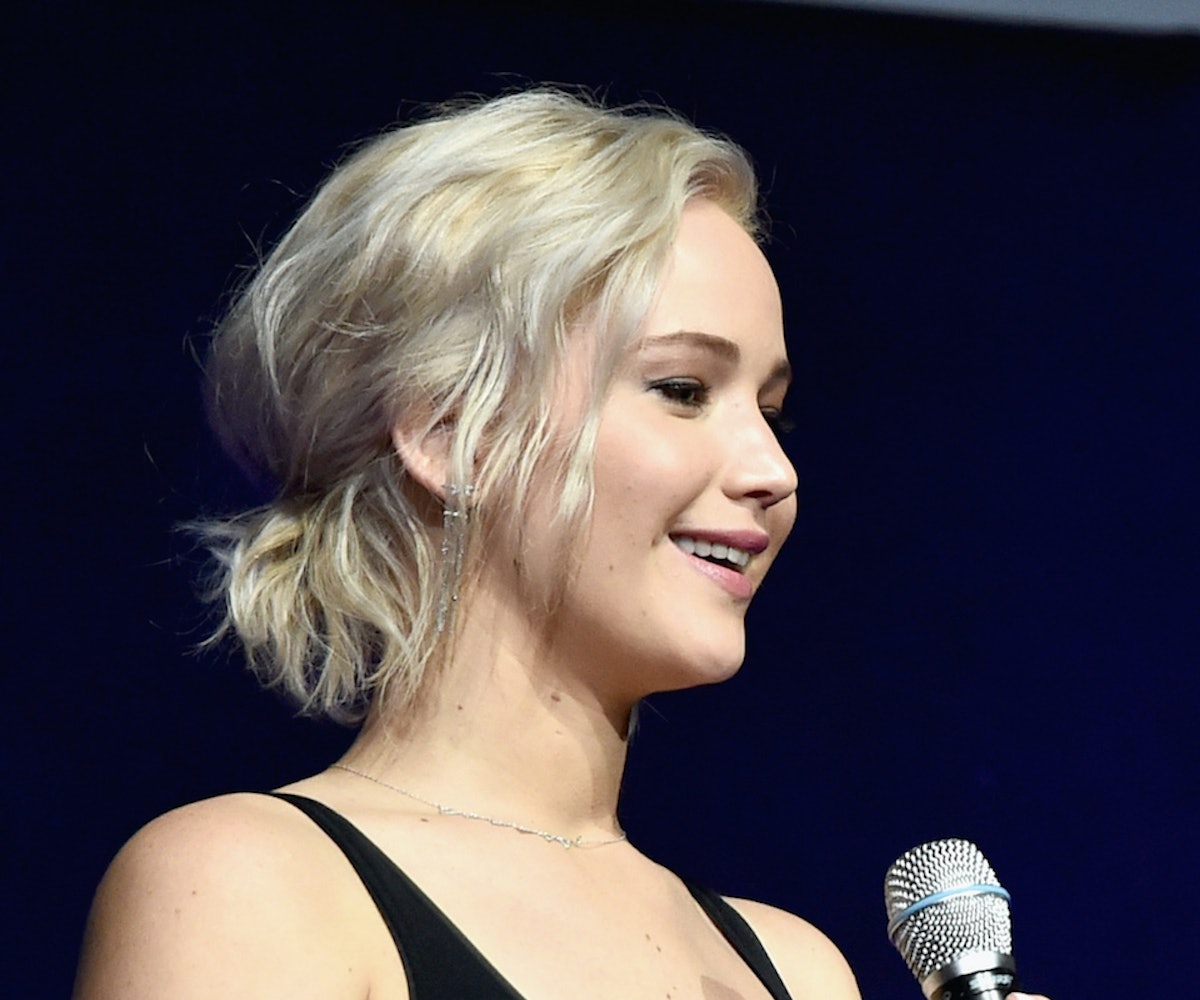 There’s no word on whether the new tint is part of her look for the movie or whether it’s just something she wanted to do for herself (or both). Whatever the case, it’s a world away from the, ahem, mahogany color she sported all through the Hunger Games series and the sunny blonde she usually rocks.

Actually, it’s pretty much this:

Currently, IMDb says Passengers has wrapped shooting and lists her upcoming projects as an untitled Darren Aronofsky film and the Steven Spielberg war picture, It's What I Do. She can next be seen in X-Men: Apocalypse landing May 27.