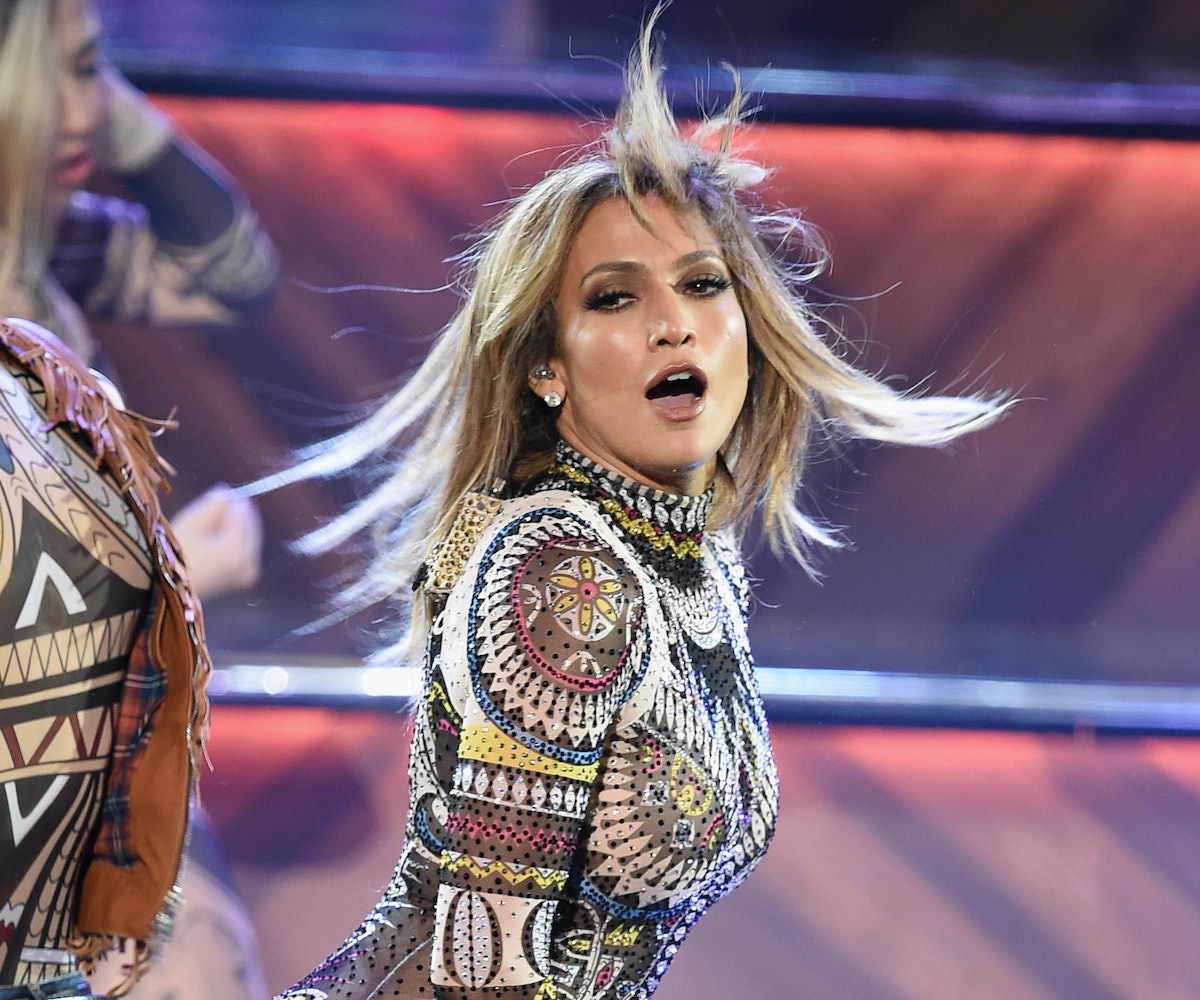 Jennifer Lopez opened last night's American Music Awards with a slowed down version of her classic, "Waiting for Tonight," leading the audience to believe they were about to watch a career-spanning medley from the superstar. Instead, JLo stopped and told the crowd that "tonight is about the music," before launching into an epic dance number set to the year's biggest hits.

Some of the songs included Taylor Swift's "Bad Blood," The Weeknd's "I Can't Feel My Face," and Rihanna's "Bitch Better Have My Money." But when JLo got to Nicki Minaj's "Anaconda," the camera smartly cut to the rap star, who didn't look too thrilled that someone other than her was onstage twerking to that song. So was Nicki "throwing shade" to Jennifer Lopez, as the rest of the Internet seem to think? Or are we so desperate for even a morcel of celebrity beef that we're willing to see anything we want to see? Hmmm.

NEXT UP
Fashion
Rosettes Are 2023’s Biggest Trend — Here’s How Celebs Wore Them in the 2000s
Culture
The Biggest Revelations From The Price Of Glee Docuseries
Culture
6 Shows To Binge Once You've Finished 'The White Lotus'
Entertainment
Gracie Abrams & Gia Coppola On The Joy Of Free-Flowing Collaboration
Style + Culture, delivered straight to your inbox.