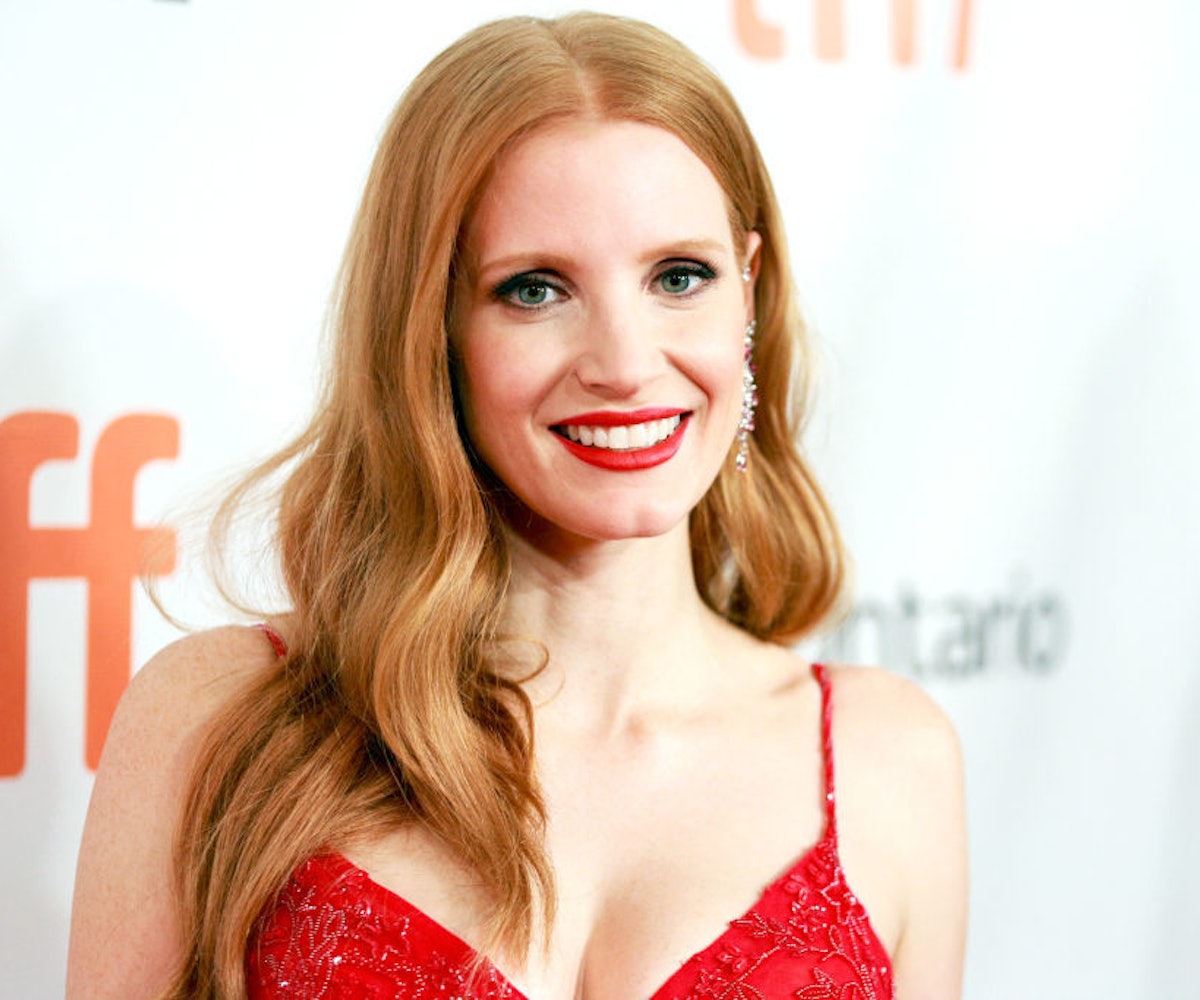 Earlier this week the Los Angeles Times published a shockingly tone-deaf piece about sexism in Hollywood that neglected to feature any women of color. For as progressive as Hollywood wants to seem, glaring omissions like this one are blatant evidence that minorities are not even being included in the conversations about their own oppression. (Seriously: Was not one person of color consulted for that obvious disaster of a cover?)

Now, after a loud (and necessary) outcry from the public, Jessica Chastain—who was featured on the cover, and singled out for her allegedly progressive political stances—has issued a milquetoast response.

"It’s a sad look that there’s no WOC in this pic of us promoting our female lead films,” she tweeted. “The industry needs to become more inclusive in its storytelling. What were your favorite WOC lead films this year?"

She went on to point the finger at Hollywood, saying, “It’s TERRIBLE that I can't think of at least 5 female lead films with woc this year.”

While Chastain is correct, of course, she’s missing a huge point: None of the white women involved in the shoot even realized there was something wrong at the time—or if they did, they kept quiet. It’s not enough for supposed allies to just speak up about injustice. Allies educate themselves to be aware of injustice, and act on that awareness as it happens.

It’s not ridiculous to expect that six intelligent, successful women would have taken even the briefest look at their group dynamic and realized something is wrong. It’s also not irrational to expect those women to take responsibility for their oversight here. But look closely: Chastain’s tweets are not an apology, though she’s trying to make them appear that way. Instead she’s shifting the blame from her mistake onto the vague concept of “Hollywood.” Which, yeah, Hollywood is problematic, but so is not taking responsibility for a decision you made. It’s 2017: If you aren’t seeing people of color involved in social discussions, you should quickly realize that you’re participating in an incomplete conversation.