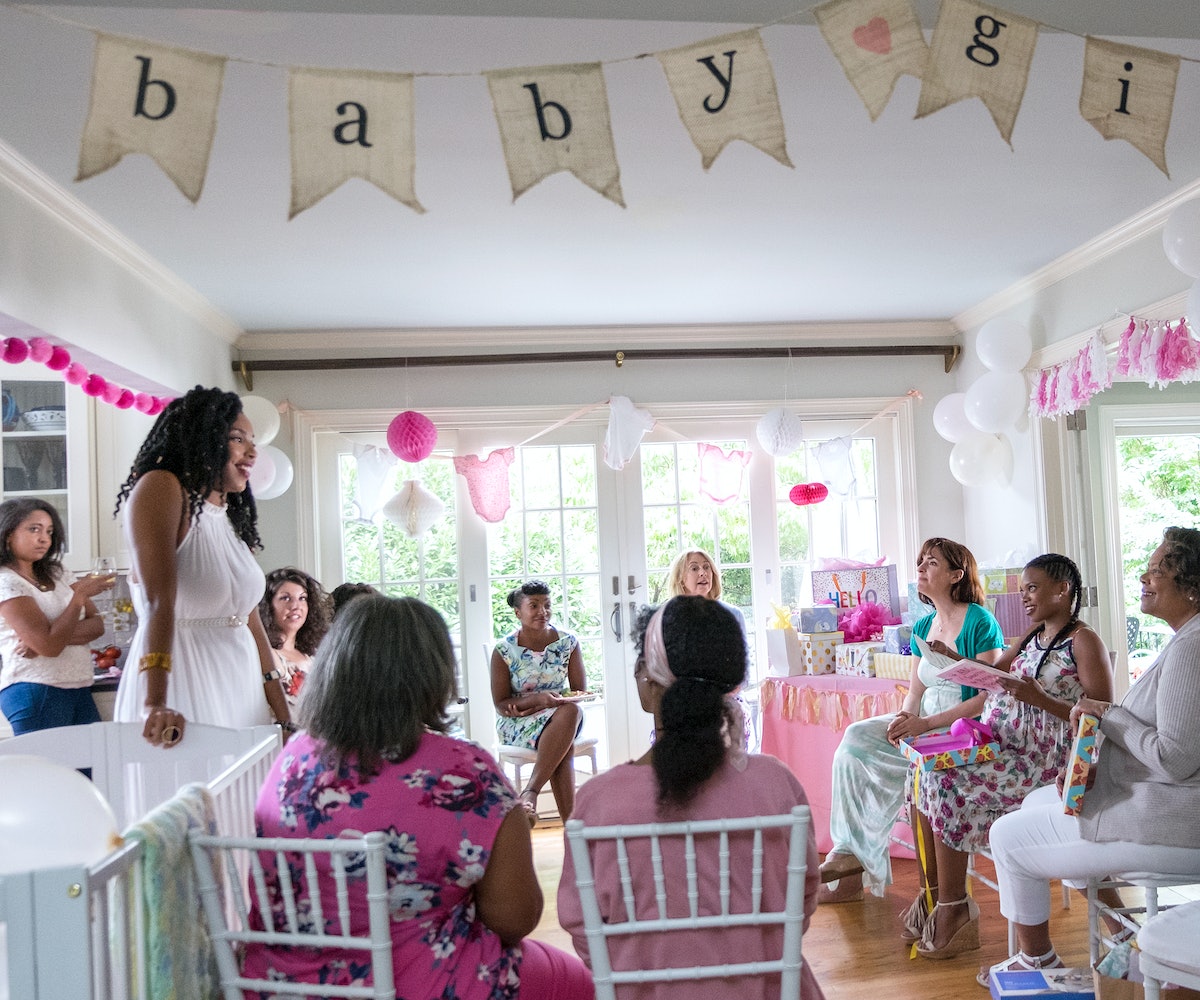 If you've ever been to a baby shower, watching your friend open up her ten thousandth teething toy and holding it up to a wave of over-enthusiastic "oohs" and "aahs," and wondered, "Why is this still a thing?" then Jessica James can relate. That's the title character embodied by Jessica Williams in the upcoming Netflix original movie The Incredible Jessica James.

The film, which received rave reviews at Sundance last January, follows a 25-year-old playwright in New York City who's dealing with a breakup when she meets someone knew, the recently divorced Boone, played by Chris O'Dowd. As seen in the trailer, Williams' character is bold, confident, and refreshingly honest. In a trailer released today, while Jessica is on a date with her new love interest, she tells him straight up, "No offense, but I don't know if I want to be here right now." There are so many times in life I wish I could've said this out loud. "I thought this would be good for me," she continues, "to help me get over this guy I thought I was in love with, but this whole thing is making me think of him more intensely."

For her friend's baby shower, Jessica gives her The ABCs of Subverting the Patriarchal Paradigm, because, "it's never too soon to start questioning the system." When a suburban mom insists she's not held prisoner by any "system," Jessica reminds her that she "just pretended to eat poop out of a diaper," so she might want to rethink that.

At one point in the new trailer, when Jessica is fighting with O'Dowd's character, he tries to offer her reassurance by telling her he really likes her, but she clearly doesn't need to hear it. "Of course you do," she says, "everybody does. I'm friggin' dope." Amen.

The Incredible Jessica James will be released on July 28. Watch the full trailer below.