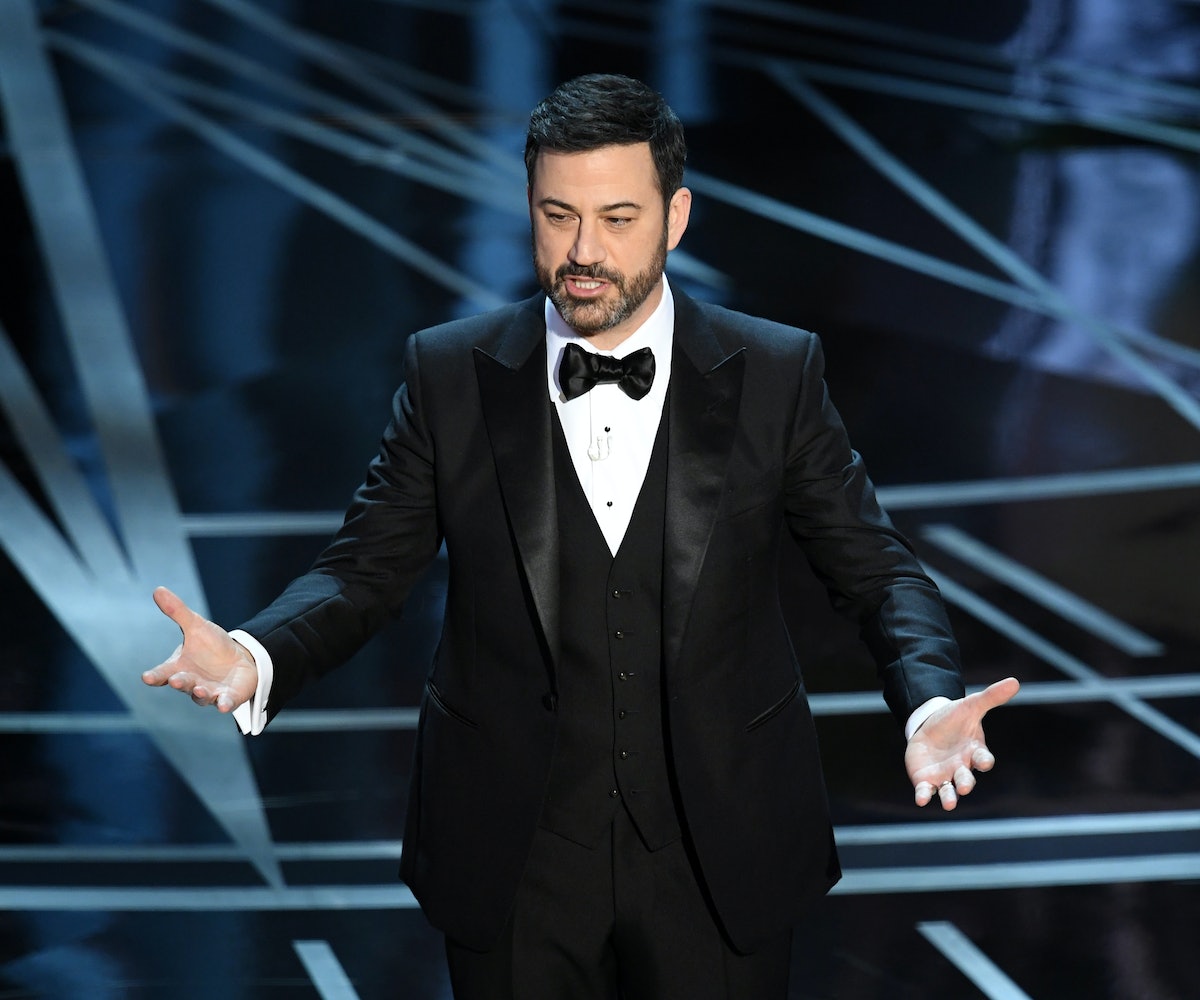 Two things were a given when it came to Jimmy Kimmel’s opening monologue at the 89th Academy Awards ceremony. One was that he would roast his fake nemesis, Matt Damon, and the other was that he’d go after Donald Trump. Both proved to be true. Knowing full well that the Hollywood-obsessed president would likely be watching, Kimmel wasted no time in trolling the leader of the free world. He opened his bit addressing the current division in the country, and how he was expected to somehow bring people together with his monologue. "I can't do that," he said. "There's only one Braveheart in the room," he added as the camera cut away to Mel Gibson. Props to Kimmel for addressing two elephants in the room at once.

Getting serious for a moment, Kimmel also said that if everyone "took a moment to reach out to one person you disagree with and have a positive, considerate conversation... we could really make America great again" to applause from the crowd. Then Kimmel turned his wrath to Damon, saying that when they first met, “I was the fat one.” Then Kimmel mentioned the known fact that Damon gave up the lead in Manchester By the Sea to Casey Affleck, and made the box office bomb The Great Wall instead. “He could’ve taken the role for himself,” Kimmel said. “[But he] made a Chinese ponytail movie instead. The Great Wall went on to lose $80 million. Smooth move dumbass.” Savage.

Then, in an extended riff that was about the greatness of Meryl Streep, but that was really all about Trump and him calling the actress overrated, Kimmel had Streep stand up to soak in the crowd’s adulation. "One actress has stood the test of time for her many uninspiring and overrated performances," he said. "She's phoned it in for more than 50 films. This is Meryl's 20th Oscar nomination... she wasn't even in a movie this year, we just wrote her name in out of habit."

Kimmel saved his most ruthless joke for last, which involved Trump, Twitter, and a toilet. Watch the whole thing below.