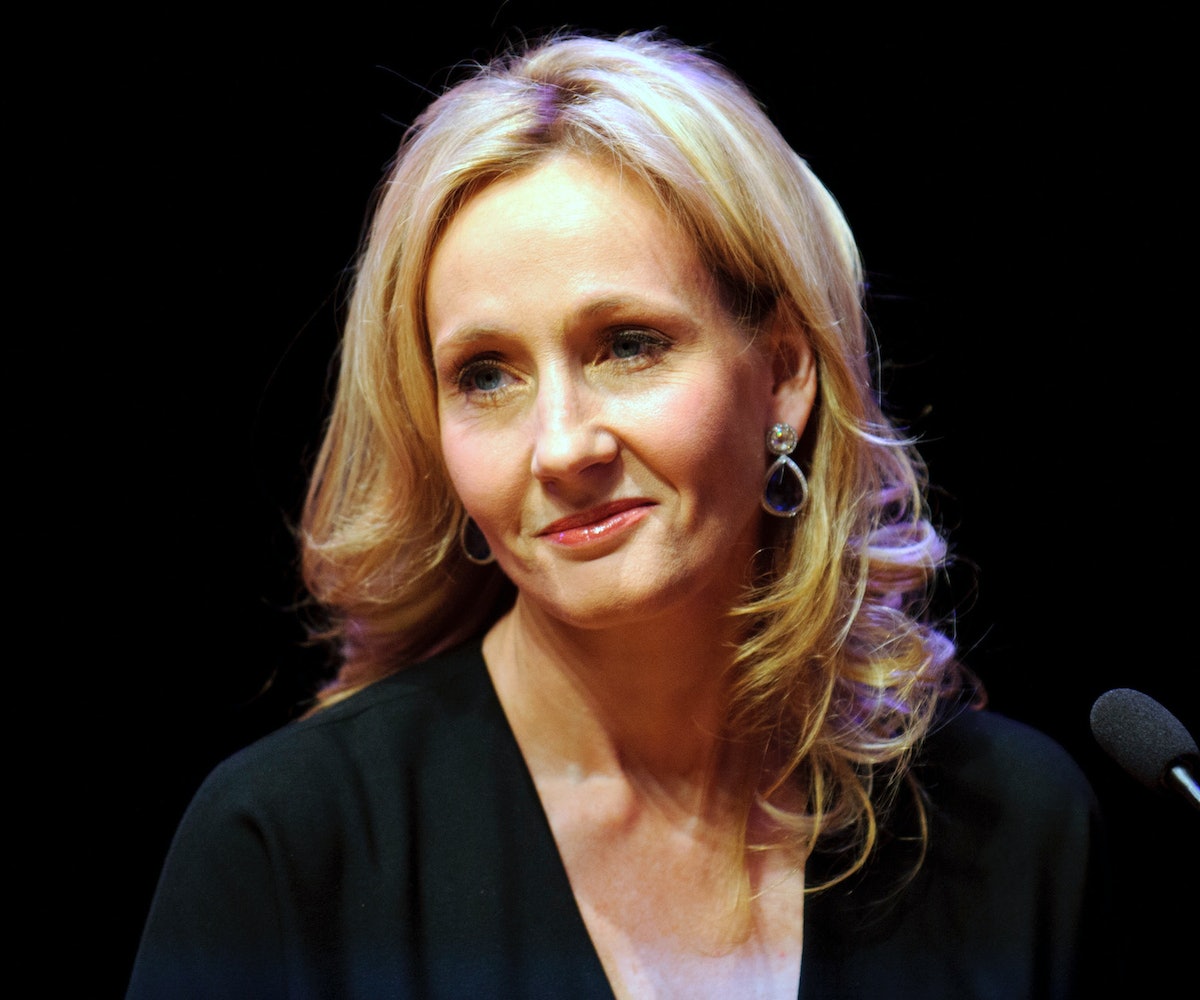 As you may have heard here or there, J.K. Rowling has just announced that she will be delivering a new series of stories set in her Harry Potter world through her subscription website, Pottermore. Called The History of Magic in North America, the tales will tell… well… the history of magic in North America, stretching from before the European conquest all the way to the present. Check out the thumping trailer right here.

In the trailer, there is a bit of lip service and a lot of CGI dedicated to “skin-walkers.” In case, you weren’t already aware, “skin-walkers” are mythical shapeshifting human magic users (or sometimes non-human creatures), called yee naaldlooshii by the Navajo. According to thousands of languages and legends that were passed among hundreds of different peoples that populated the Americas before the white conquest of their lands, skin-walkers appeared in many Native American cultures, taking on different qualities and producing different stories in each one. Suffice to say, they are woven deep into various Native American histories and cultures—histories and cultures that have suffered much at the hands of people of European descent.

So, it shouldn’t come as much of a surprise that some critics—and influential ones at that—are questioning Rowling’s use of the legends in her popular, entirely fictional world. Mind you, these concerns have been raised without the benefit of anyone having actually read Magic in North America. Still, the arguments are valid and worthy.

In an open letter to Rowling, on her popular website Native Appropriations, Brown University scholar Dr. Adrienne Keene of the Cherokee Nation wrote that the author’s use of the skin-walker legends (and, indeed, all Native American legends), confirms the regressive notion that her people, "talk to animals, conjure spirits, perform magic, heal with 'medicine' and destroy with ‘curses.'” Indeed, the idea of Native Americans as somehow magical is a stereotype that persists. As Keene says, “But we’re not magical creatures, we’re contemporary peoples who are still here, and still practice our spiritual traditions… traditions that are not akin to a completely imaginary wizarding world (as badass as that wizarding world is).” Read on for more about Keene’s interesting, essential position.

More to the point, the fact that various Native American groups tend to speak up when clothing companies, cartoons, and other bits of pop culture use their heritage in what they perceive to be a narrow, exploitative, or inappropriate way, it’s a criticism that Rowling and her editors should have seen coming a mile away.

While it’s easy—and right—to agree with Keene, one should also be aware that Rowling’s extensive use of European legends may not be all that dissimilar from her use of Native American legends. After all, Europeans did actually believe in witches and wizards at some point (so much so that they burned each other at the stake). Yet, we don’t fault her for using those.

Rather, the real difference, sticking point, and failure here relate to privilege and history. Rowling, through no fault of her own, comes from a culture that suppressed and abused Native American cultures (matter of fact, it still does). That being the case, Native American deserve to have their cultures treated with respect and honor with an eye towards consensual use rather than appropriation. We imagine Rowling, a progressive champion, had positive amplification in mind. Still, she may have gone about it in a less than careful way.