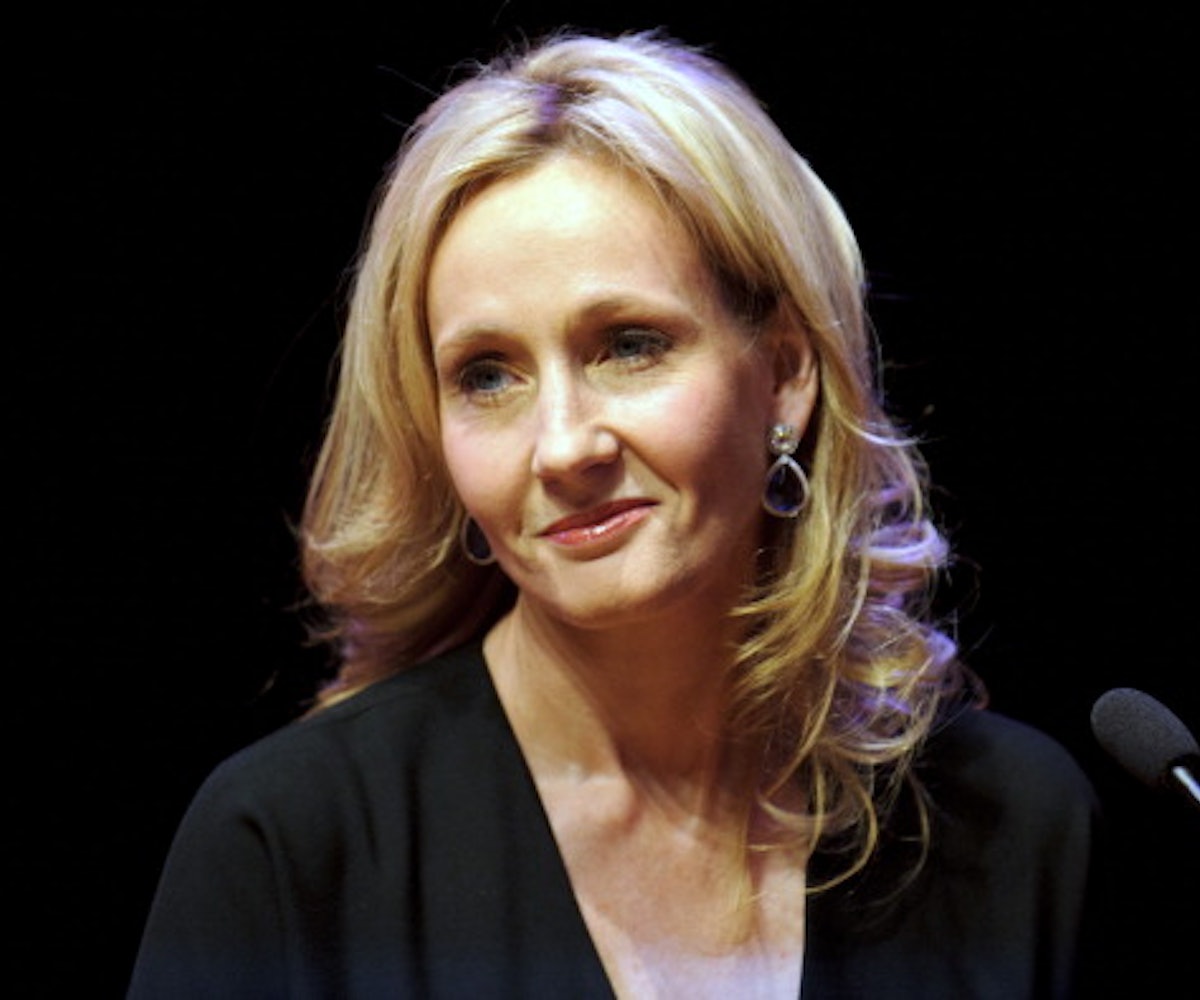 Photo by Ben A. Pruchnie/Getty

J.K. Rowling is known to occasionally share some details on Harry Potter characters' backstories, or provide us with updates from the Wizarding World, all through her H.P.-centric website, Pottermore. But today, J.K. Rowling outdid herself and released a ton of new information about the Potter family tree. Here’s what we learned:

The Potter family has bloodlines dating back to the 12th Century, with the eccentric Linfred of Stinchcombe, inventor of Skele-gro and Pepperup Potion...

His reputation as a well-meaning eccentric served Linfred well, for behind closed doors he was able to continue the series of experiments that laid the foundation of the Potter family’s fortune. Historians credit Linfred as the originator of a number of remedies that evolved into potions still used to this day, including Skele-gro and Pepperup Potion. His sales of such cures to fellow witches and wizards enabled him to leave a significant pile of gold to each of his seven children upon his death.

...Who then had a son who married Iolanthe Peverell, daughter of Ignotus (*this is very important*).

In the absence of male heirs, she, the eldest of her generation, had inherited her grandfather’s invisibility cloak. It was, Iolanthe explained to Hardwin, a tradition in her family that the possession of this cloak remained a secret, and her new husband respected her wishes. From this time on, the cloak was handed down to the eldest in each new generation.

Although they resided mainly in West England, some settled in London and were very, very important figures (other than the Boy Who Lived, of course)

Occasionally, a Potter made it all the way to London, and a member of the family has twice sat on the Wizengamot: Ralston Potter, who was a member from 1612-1652, and who was a great supporter of the Statute of Secrecy (as opposed to declaring war on the Muggles, as more militant members wished to do) and Henry Potter (Harry to his intimates), who was a direct descendant of Hardwin and Iolanthe, and served on the Wizengamot from 1913-1921. Henry caused a minor stir when he publicly condemned then Minister for Magic, Archer Evermonde, who had forbidden the magical community to help Muggles waging the First World War. His outspokenness on the behalf of the Muggle community was also a strong contributing factor in the family’s exclusion from the ‘Sacred Twenty-Eight.’

Pottermore also boasts a brand-new design that includes news on the Wizarding World and feature articles like “The Most Important Spells Harry Taught Dumbledore’s Army.”

So go forth and revel in nostalgia—we know your day just got 100,000 times better.