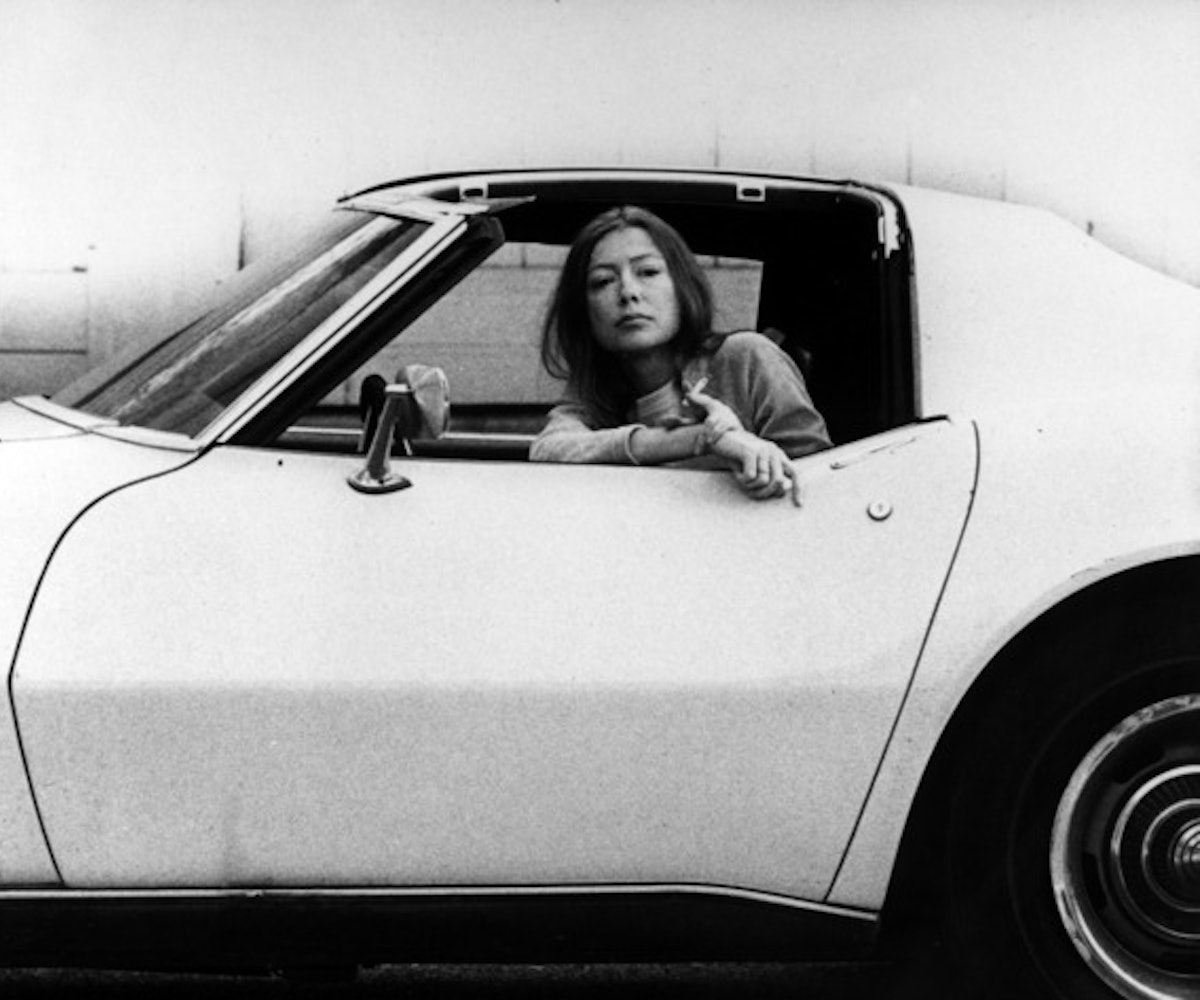 Ever since we found out that Netflix would release an intimate documentary about the life of Joan Didion on October 27, we’ve been not-so-patiently waiting for a glimpse of it. Finally, it's arrived in the form of a trailer, and it definitely lived up to our expectations. The film was directed by Griffin Dunne, Didion’s actor/director nephew, and has promised to give us a never-before-seen look into her early life as well as a personal account from the writer herself. Dunne has been working on this documentary for six years, even starting a Kickstarter to raise funds back in 2014, and has worked to ensure that Didion’s life was covered in a thoughtful manner.

Most prominently featured in the trailer are the one-on-one conversations with Didion, in which she gives her own perspective on events in her life and how she grew to become such an iconic figure. From the memory of how she got her first journal to the tragic loss of her husband and daughter in short succession, to being awarded the National Humanities Medal by President Obama, she leaves nothing uncovered, just as she did in her own writing. Watch the trailer for the upcoming documentary, below.