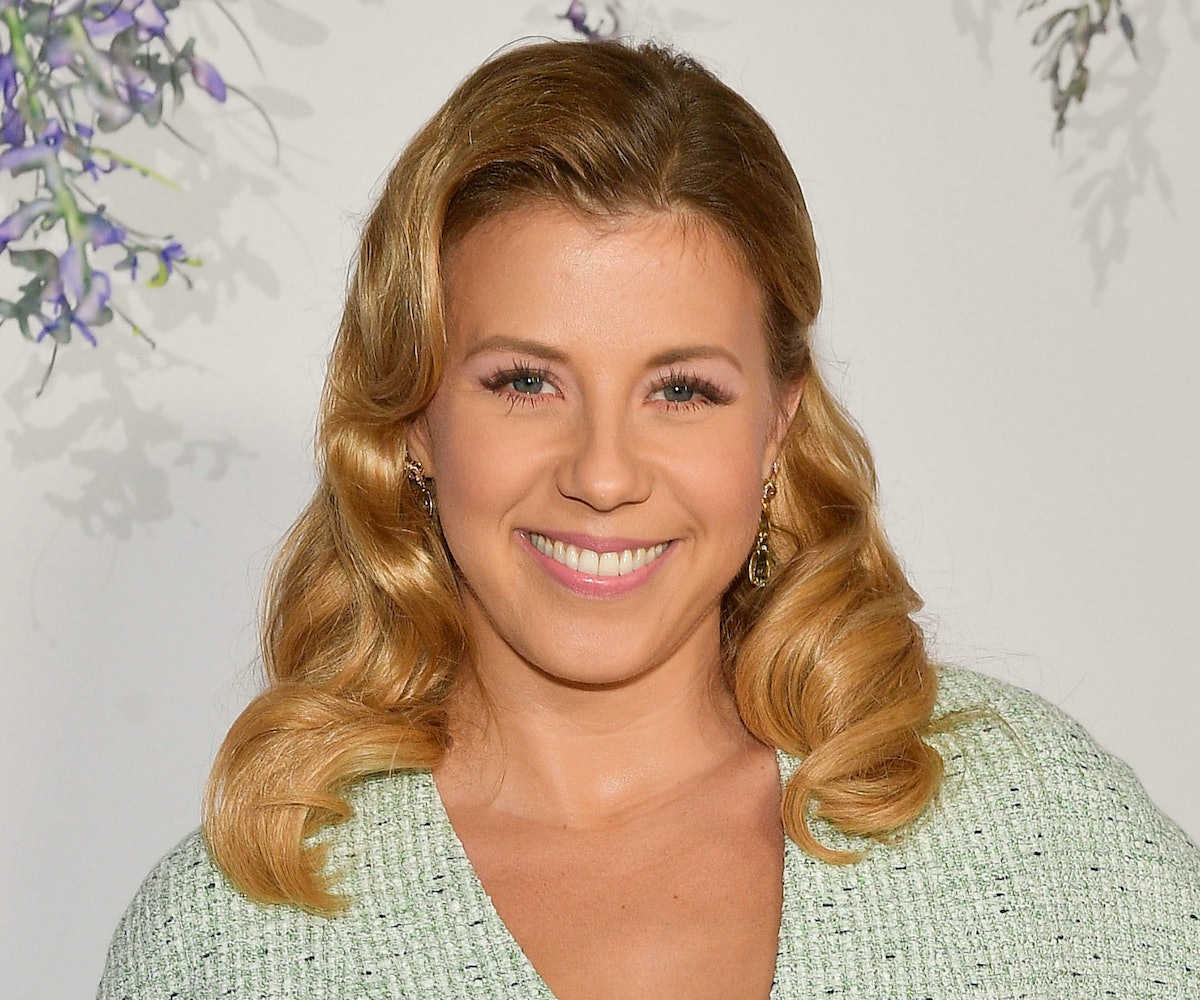 As Dr. Christine Blasey Ford stood before the Senate Judiciary Committee, sharing her testimony against Supreme Court nominee Brett Kavanaugh, Fuller Houseactress Jodie Sweetin has opened up about her own sexual assault.

Sweetin posted a photo to Instagram, wearing a camouflage jacket which reads "What doesn't kill you f*cks you up mentally," with her story in the caption. "I stand with her," Sweetin began, "I AM her. I was the girl who never reported because I blamed myself. I was the woman who never reported because I didn’t want to go through the pain and ridicule. The same sort of pain that I witnessed Dr Christine Blasey Ford walk through today."

Watching the testimony yesterday was painful for all women, regardless of their proximity to experience with sexual assault. The difference of behavioral expectations between men and women was mind-numbingly clear as Kavanaugh devolved into fits of yelling about beer and whatnot, and Ford remained composed—yet we still continue to consider Kavanaugh as a candidate for one of the most powerful political positions in the nation.

Sweetin expressed the emotions she felt watching the testimony in her post, saying, "What we saw today is about a much bigger issue of survivors of sexual assault being persecuted, judged and re-traumatized when they do come forward. We are told that if it were 'real', we would have reported it at the time." She added, "As we grew older and it happened again, we had been trained to remain silent. We had learned the lesson that no one will believe us. That even if someone DOES, it holds no consequence. We had watched other women come forward, only to be told 'there were no witnesses, so it’s your word against his,' knowing that 'his' story is always more believed than 'hers.'"

Sweetin ended her statement with a declaration: She is determined to not allow people to brush aside women's trauma from this point forward. "I will not sit still. I will not stay quiet. Although I may never be as brave or as unflinching in the face of such an inquisition as she was today, it has given me hope. That maybe, just maybe, female survivors of sexual assault may be heard. Even if our voice is barely above a whisper."