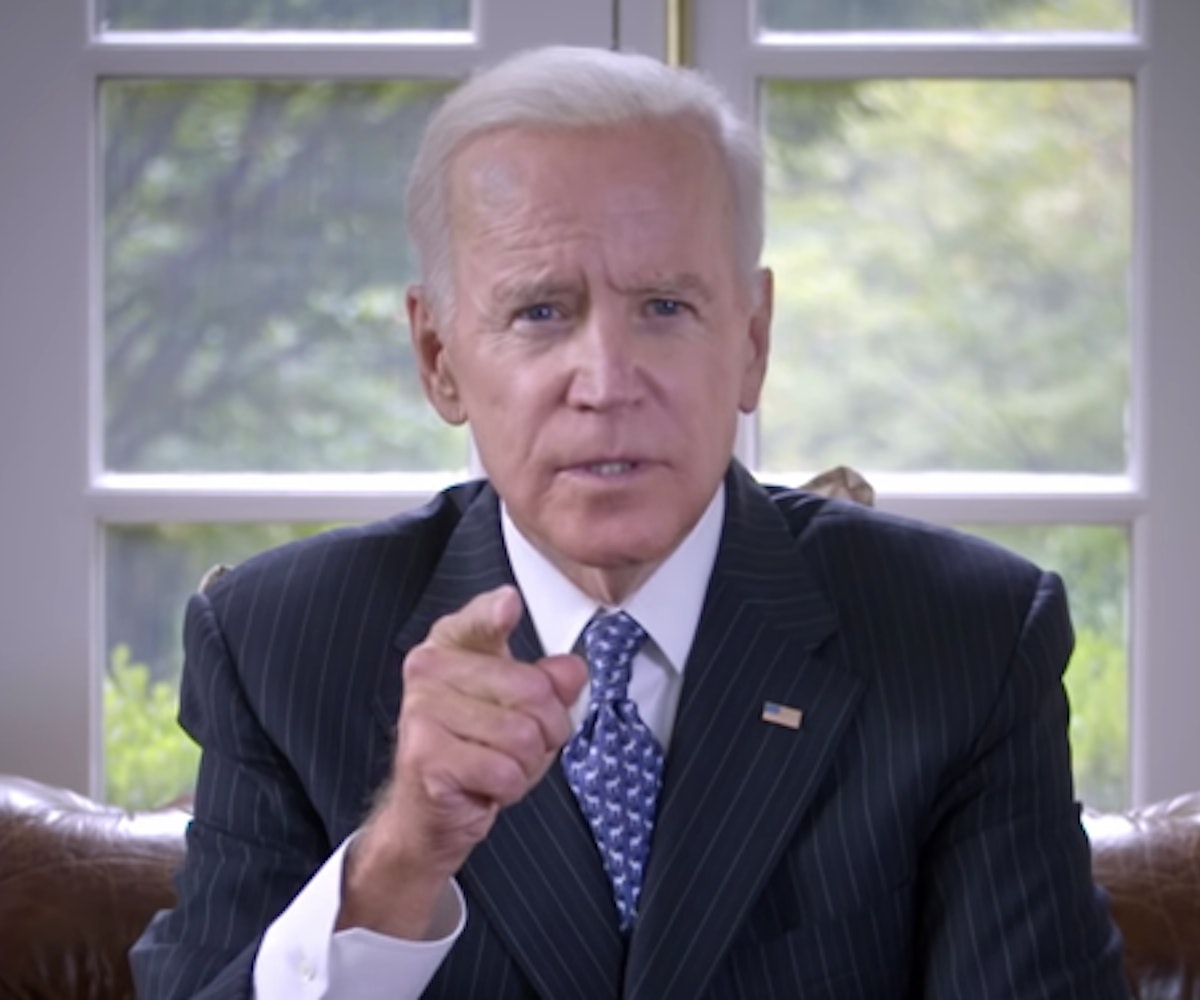 Joe Biden is urging men to call out the predatory behavior of their friends. The former vice president teamed up with It’s On Us, a campaign he and former president Barack Obama launched nearly four years ago to create awareness around sexual assault on college campuses. In a new video titled "Three Dots," he addresses the importance of intervention and the need to address the way people view and discuss sexual assault.

"Guys, if you know someone who's had sex with a girl who didn't or couldn't consent, it's on you to confront him," he says in the video. "Fear is no excuse. You can help put an end to sexual assault."

Ahead of showing Biden, the campaign video showcases a group chat conversation between five men, who are discussing a party they attended the evening before. It's not long before it becomes clear one of the group members had sexually assaulted a woman who was too drunk to consent, but none of his friends call him out on it. The PSA was created to showcase how these harmful conversations create toxic dialogue around consent and perpetuate victim blaming.

See the video, below, and find out how you can get involved with It's On Us, here.