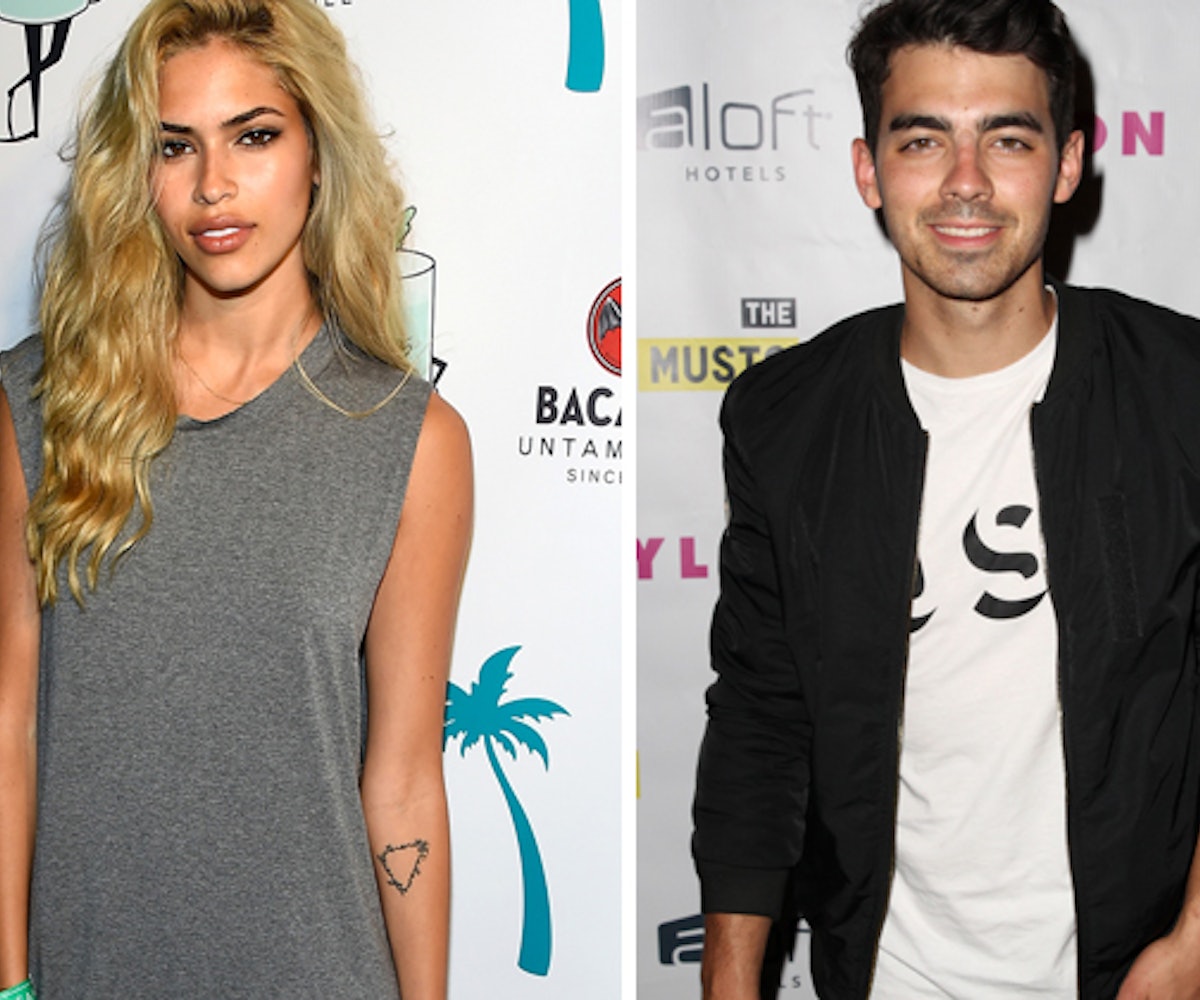 Within the entertainment industry, it's almost expected for musicians to date models. In 2016, Joe Jonas is no different than Zayn Malik—and no, we're not talking about the fact that they both have Gigi Hadid in common. Lately, Jonas has been spending a lot of time with Juliana Herz, a model from Costa Rica. Similar to another potential A-list pair, Jonas and Herz were recently spotted together at the Grammys after-party in Hollywood.

"They are not an exclusive couple yet just dating," an insider told E! News. "He is not looking for anything serious at this moment, but really enjoys her company and she is a fun girl."

Herz has also attended a few of DNCE's gigs, but don't under any circumstances label her as a groupie. (We are dead serious, don't even think about saying it.) Based on Herz's tweets—specifically this one—we can tell that she has a goofy side and definitely takes that "all work and no play" phrase to heart. (There's more evidence of that in this Instagram post.) Jonas found himself a good one, for sure.