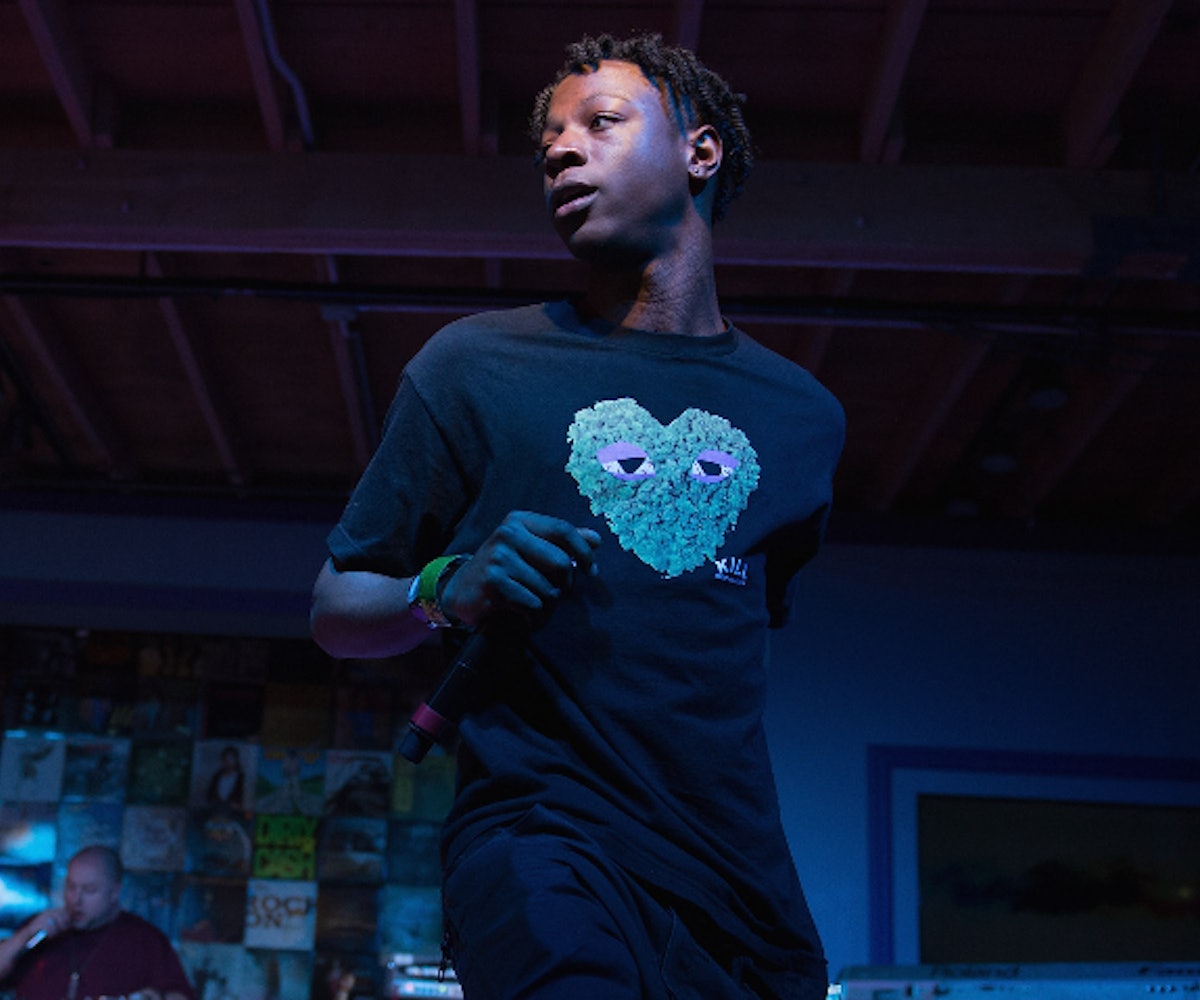 Like my friend Geeves who became a butler, Joey Bada$$ is living up to his name.more

The New York rapper, who has a hotly anticipated debut album dropping at the end of the month, was arrested in Australia for assaulting a security guard at the Falls Music Festival in New South Wales, Australia. According to ABC, the rapper, born Jo-Vaughn Virginie Scott, connected his fist to a security guard's face when the guard allegedly stopped him to check his credentials right before he was scheduled to perform. The result was a broken nose and other "facial injuries" for the 20-year-old guard, who thought the 19-year-old rapper was unauthorized.

Instead of apologizing or fleeing the scene of the crime, Joey Bada$$, a firm believer in that old showbiz adage, "the show must go on," got on stage and delivered a characteristically ferocious set. He was arrested shortly after and spent the night in jail before appearing in court and being released on bail. He posted a video on Instagram before the arrest thanking God for putting him on this earth, and his "foes" for giving him motivation, before reminding us all that we can cop his long-awaited debut, B4.Da.$$, in just a few short weeks.