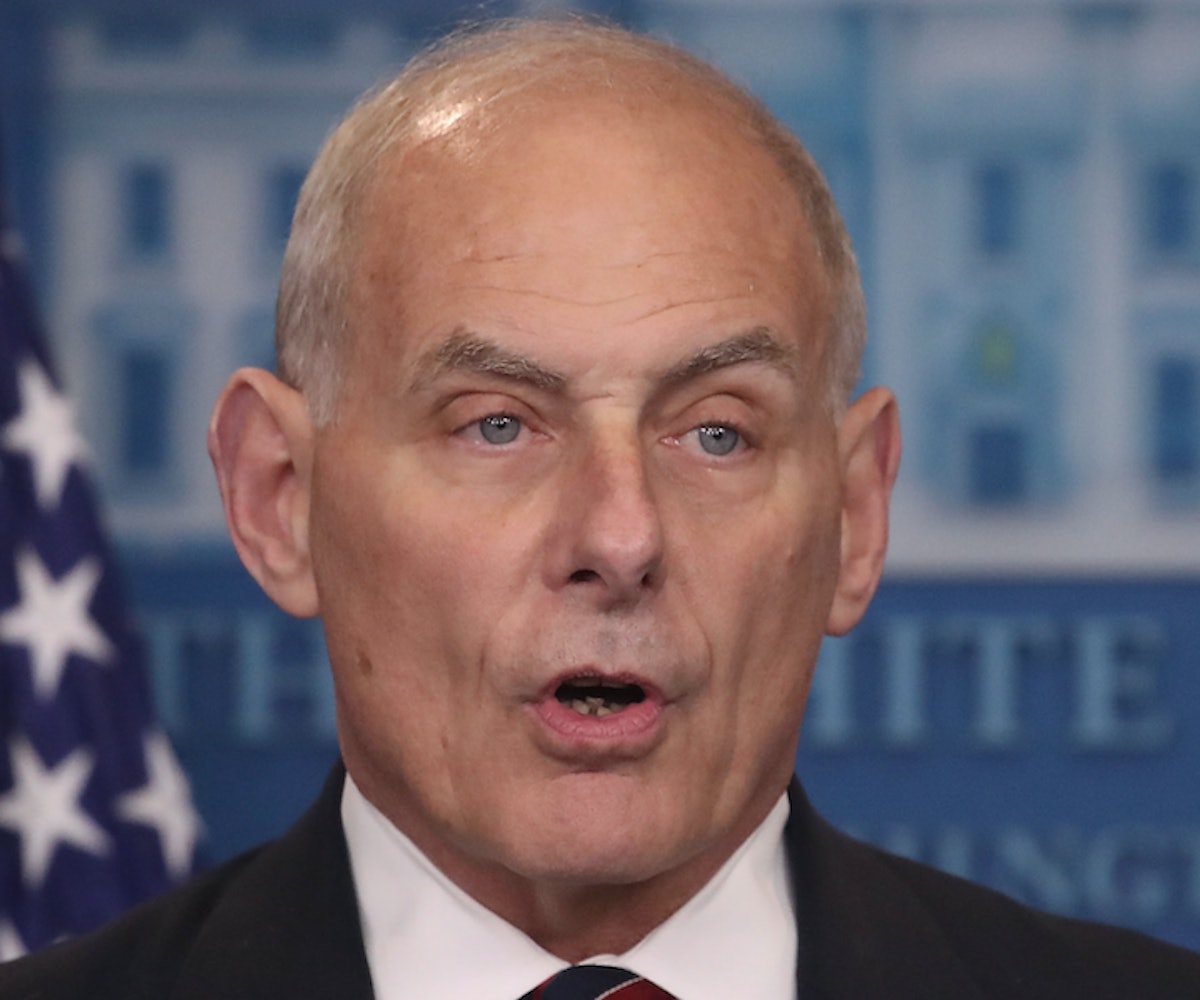 According to The New York Times, White House Chief of Staff John Kelly is considering putting in his resignation as the scope of the Trump team's mishandling of domestic abuse accusations made against former White House Staff Secretary Rob Porter continues to grow.

Porter was accused of domestic abuse by two of his ex-wives, who provided corroborating and credible evidence against him, including brutal photos of the bruises he inflicted upon one of them. As more details about the accusations emerged, it became clear that the FBI had been informed of Porter's behavior during interviews pertaining to his security clearances, yet no action was taken against him. More scrutiny of the situation led many to realize that John Kelly had been aware of Porter's history of abuse but also did nothing about it.

Kelly has since publicly stated that he was "shocked by the new allegations" (a lie) and defended Porter, describing him as "a man of true integrity and honor, and I can’t say enough good things about him ... He is a friend, a confidant and a trusted professional.”

President Trump also (unsurprisingly) offered flattering statements about the alleged abuser amidst reports about his fury at Kelly for keeping him uninformed of the accusations:

[Porter] did a very good job when he was in the White House, and we hope he has a wonderful career, and he will have a great career ahead of him. But it was very sad when we heard about it, and certainly he’s also very sad now ... He also, as you probably know, says he is innocent, and I think you have to remember that.

Now, Kelly is considering stepping down in the wake of criticisms levied against his team, which may have in effect executed a cover-up of Porter's violent past. Although not considered imminent, Kelly has spoken to officials about the possibility of his departure from the White House. (Kelly has reportedly previously threatened to quit during arguments with Trump in attempts to quell the president's erratic behavior.)

The White House continues to scramble to find someone to blame for Porter's history not becoming known to Trump or the public earlier. Some have pointed at Hope Hicks, the 29-year-old White House communications director for President Trump who has been romantically linked to Porter, for prodding White House staff members into giving supportive statements for the accused.

In private, Trump is already in search of replacements for Kelly and may plan on publicly humiliating him in the hopes of goading him into a resignation.

Although incredibly heartbreaking for the victims, none of this should be surprising coming from an administration that has an accused abuser leading it. The Trump cabal has consistently shown empathy for men accused of abuse while launching a calculated attack on women's rights, autonomy and sanity.